Duty free purchasing on alcohol and cigarettes will return in the UK if it leaves the European Union without a deal next month, chancellor Sajid Javid has said. 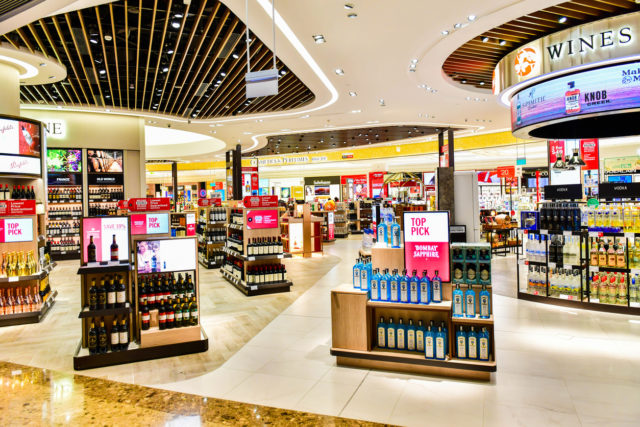 It would mean that British tourists travelling to the EU would not have to pay excise duties on alcohol in a duty-free shop, and also give them the option to buy limited amounts of alcohol in duty-free shops in Europe and bring it back to the UK.

It also means a bottle of wine bought at a UK airport departure lounge would cost up to £2.23 less than normal.

At the moment, Britons returning from the EU are able to buy unlimited amounts of alcohol and cigarettes if they pay duty on it there. They would still have the option to do this, but under the new rules, could also bring back a capped amount without paying duty.

A holidaymaker could save about £12 on two crates of beer, according to a statement.

Javid said: “As we prepare to leave the EU, I’m pleased to be able to back British travellers.

“We want people to enjoy their hard-earned holidays and this decision will help holidaymakers’ cash go that little bit further.”

Brigid Simmonds, the chief executive of the BBPA, said providing an option to buy cheaper beer from the UK and take it home with them “can only help in promoting beer exports overseas.

“Brewing and pubs are vital attractions for our tourism industry and boost UK exports too. In fact, many tourists who drink beer in the UK take it back home too.”

She also welcomed the restrictions on the amount of beer that could be brought into the UK duty free are welcome, adding that it is “imperative we continue to support our own brewing industry.

“In the event of a no-deal scenario, it is also extremely important that the Government acts to ensure the existing system that allows beer to move around Europe seamlessly is maintained with minimal disruption.”

Duty-free shopping is already permitted for travel to non-EU countries, according to a statement.

It said a consultation on the long-term duty-free policy will be launched soon. 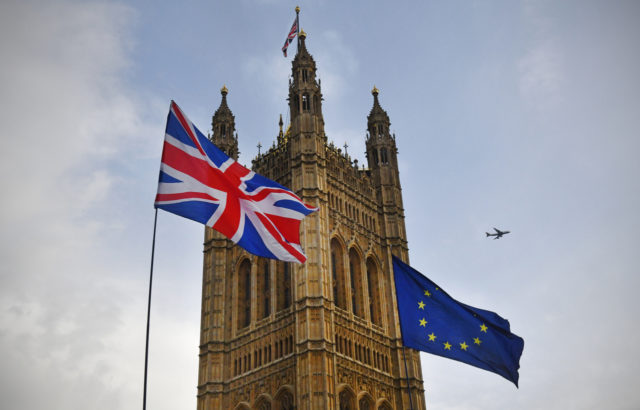 The rules would only apply under a no-deal Brexit. Under the current withdrawal agreement, the UK would stay in the single market and customs union in a transitional period, which would keep the current system in place.

The policy Javid announced today demonstrates an attempt by the government to show consumers how they could save money from the UK crashing out of the EU.

The EU is the UK’s biggest export market by a wide margin. Almost half (46%) of all UK exports in 2018 were shipped to the rest of the EU as part of the single market and the customs union.

Miles Beale, chief executive of the Wine and Spirit Trade Association (WSTA), said the announcement, while welcome, is “a distraction from the main issue – the UK’s punitively high rates of excise duty.”

He said that duty free purchases are attractive to consumers “wholly thanks to excessive and increasing duty levels.”

“Wine drinkers in Spain and Italy, and 13 other EU countries enjoy duty free purchases without having to leave their shores,” he said.

“There are much bigger issues which would adversely affect our industry in the event of a no deal Brexit, such as the potential introduction of tariffs on wine. So the government shouldn’t only tinker with duty free allowances for travellers. No ifs, no buts, the Chancellor should go further to back British business and support cash-strapped consumers by cutting duty on wine and on spirits at the next Budget.”

Earlier this year Beale said the WSTA had spent “an enormous amount of time helping our members ensure that the UK wine and spirit trade was prepared for a no deal Brexit.” The trade body has campaigned against a no-deal outcome since the referendum result in 2016.

The WSTA released a Brexit Report in July this year in an attempt to prepare businesses for high rises in border tariffs. It also showed how how much businesses have already spent on measures such as stockpiling wines in-case they are suddenly unable to shift products across borders.

The summary of the report begins with the headline: “A No Deal EU Exit in October is the Worst-Case Scenario.”

A no-deal Brexit had looked increasingly likely until last week, when parliament passed a law to prevent this. The law states that prime minister Boris Johnson would need to request an extension to withdrawal negotiations unless he can get a majority of MPs to agree to no-deal by 19 October.

Alcohol costs in the EU

The UK is one of the most expensive countries in the EU to buy alcohol, according to figures published by the European Commission, with Brits paying just under 30% more for alcoholic drinks than the average EU nation.

Simmonds said the BBPA will continue to campaign for a freeze on beer duty in the UK.

“Deal or no-deal Brexit, if the Chancellor is serious about supporting British brewers, beer drinkers and pubs, then he should cut beer duty in his next Budget,” she said.

“We pay the third highest beer duty in Europe and 11 times more beer duty than Germany.”