Auction house Sotheby’s has announced that its first fine wine sale of the autumn season will be in New York this September, marking the 25th anniversary of its NY wine sales. 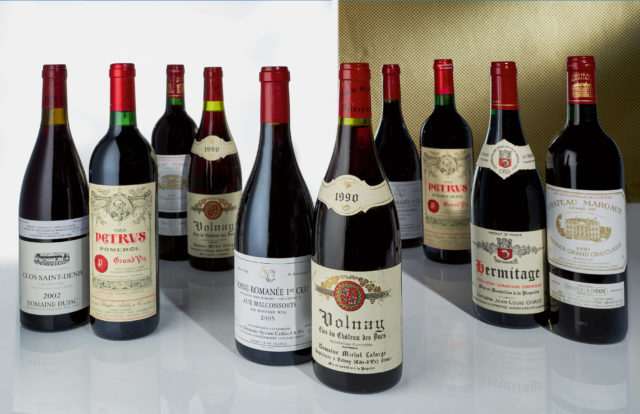 The sale on 7 September comprises the ‘Magnolia Collection’ from the cellar of “a southern gentleman”.

Sotheby’s began its New York wine sales on 8 October 1994 and at that first sale 1,074 lots were offered which realised a total of US$1.6 million.

Jamie Ritchie, chairman of Sotheby’s wine, said: “We are pleased to open our fall auction season with The Magnolia Collection. The selection of wines on offer this September were amassed by a Southern gentleman and true wine connoisseur. A man of great principal and conviction, this established collector not only possessed a deep knowledge and enjoyment of wines, but also loved comparing the quality of each vintage and maintained a watchful eye on the marketplace.

“He was particularly fastidious with regard to sourcing wines en-primeur, or as soon as they arrived in the US, and ensuring that they were meticulously cared for, during shipment and at his home cellar. He focused on buying, collecting and drinking only the wines made by the best producers, in the finest vintages – those which he enjoyed, appreciated and that received critical acclaim.

“In his business life, he was successful in a number of different industries, showing an innate understanding of each area, a sharp mind and never-ending curiosity. We look forward to presenting this outstanding selection to collectors worldwide this September.”