A couple from Bonnybridge in Scotland have sued spirits giant Diageo over claims that ethanol evaporating from a nearby whisky maturation facility caused the formation of a black fungus, which caused £40,000 worth of damage to their home. 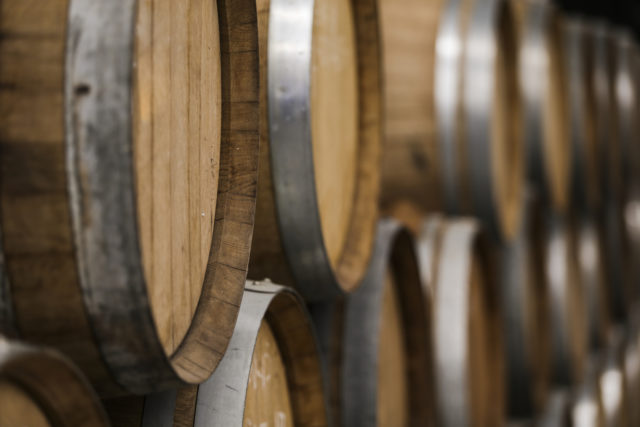 Thomas and Gail Chalmers claim that the “nuisance” alcohol vapour contributed to the development of a fungus. This fungus caused damage to their house and outdoor furniture, and has meant that the value of their property has decreased.

In the document filed at the Edinburgh Sessions Court on 13 August, the couple state that the prevalence of the fungus is well-known in the town and that the value of their home has been adversely affected as a result, reducing by between 5-10% due to the effects of the fungus on properties in the area.

They claim the fungus, known as Baudoinia compniacensis, covered the verge tiles, guttering, roof and exterior walls of their house, causing discolouration to their home and a “large number of properties in the vicinity”.

The couple claim they saw evidence of the fungus within a year of moving in, and now clean the back of their property once a year, a job which requires 16 bottles of thin bleach. While undertaking this work themselves, they’ve also paid contractors to clean harder to reach areas of their property such as the guttering.

The Chalmers paid for this work to be carried out about once every two years at a cost of £170.

They have also had to spend money on cleaning their patio and sundeck with power washers, re-painting the garden fence to disguise the discolouration and replacing damaged garden furniture. They allege the fungus has also grown on their cars, which require a full valet service in order to remove the spores.

Diageo in turn claims in the lawsuit that the “blackening complained of is indistinguishable visually or in impact from blackening found in a wide range of other locations, and that it does not cause serious disturbance, substantial inconvenience or material damage.

The company also claims it “has no impact on property values”.

A Diageo spokesperson told the drinks business: “We strongly dispute the claims made against Diageo in this case. We note the Judge’s opinion and will take the time to review this accordingly.

“We care deeply about the long standing relationships we have built with our neighbours and are sympathetic to the concern raised about exterior blackening of some buildings.

“However, exterior blackening visibly exists across many structures in Scotland, including where there are no whisky warehouses, and it is therefore very difficult to say that it is caused by any single environmental factor.“

The issue of the fungus in Bonnybridge was first raised over a decade ago.

In 2014, in a similar complaint, Diageo was sued by hundreds of residents living in the vicinity of its Levenmouth facility over claims the black fungus had damaged their houses, cars and plants.

The Chalmers first launched their case against Diageo in 2017. The drinks giant had attempted to get the case dismissed but this was rejected. Presiding judge at this hearing, Lord Tyre, said he was satisfied that the couple had addressed the concerns raised by Diageo.

Lord Tyre said: “In my opinion the pursuers have given sufficient notice of costs and other losses which, if all were to be established in evidence, might amount to the sum sued for or thereabouts.

“My view as just stated should not, of course, be interpreted as the expression of any opinion as to the likelihood of the pursuers succeeding on liability or, if they do so succeed, on their prospects of recovering the whole of the damages that they seek.”