William Grant & Sons-owned gin brand Hendrick’s is attempting to make the Tube smell like cucumber and roses with an advertising campaign involving scented posters and the “UK’s longest floor wrap”. 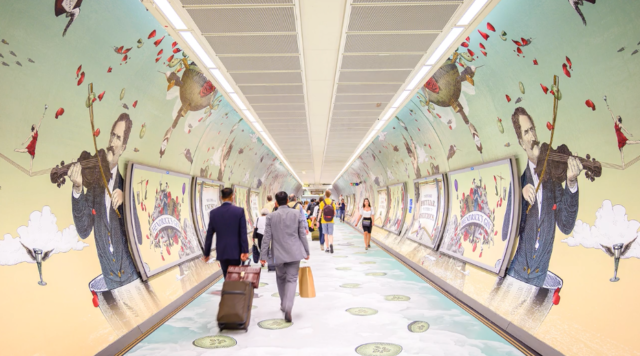 Teaming up with ad agency Space, Hendrick’s has created a “first of its kind” tunnel wrap in King’s Cross St Pancras Station. With slogans including ‘undeniably peculiar, utterly delicious’; ‘hello curious commuters’; and ‘escape the conventional and embrace the delectable’, the campaign takes the form of floor-to-ceiling wall decorations in the brand’s signature Victorian Surrealism theme.

The scented posters, designed to replicate the key flavours in the gin, will create an immersive experience. The campaign will run from mid-July until September. 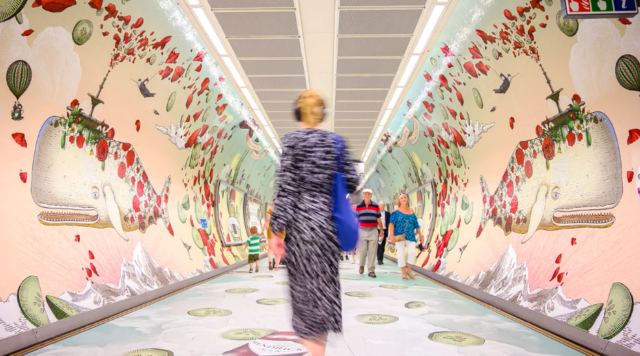 Located in the walkways which link the Piccadilly and Victoria lines to the Northern line ticket hall, the initiative is part of a larger campaign, organised by Vizeum and Posterscope, which will run in seven cities in the UK, with almost 800 panels of text directing passers-by to their next G&T.

Speaking to Campaign, James Taylor, senior brand manager for Hendrick’s Gin, said: “As a pioneer in the gin category, innovation has always been at the heart of Hendrick’s Gin and this year we’re continuing to create even more excitement.

“We’ve already successfully introduced our limited-by-nature Midsummer Solstice to the world, inspired by the ephemeral delights of Midsummer Solstice blooms, and our sensorial takeover of King’s Cross station and dynamic media nationwide will entice even more of the curious to experience the delightfully peculiar world of Hendrick’s Gin.” 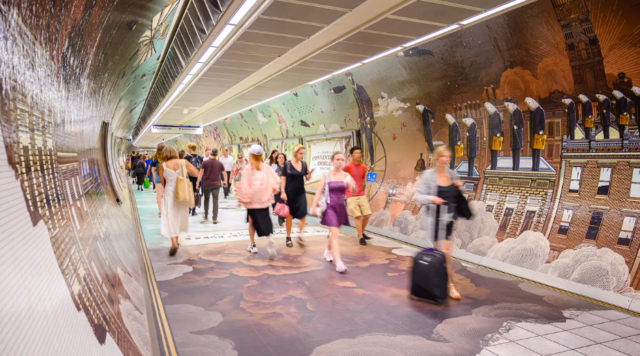 This is not the first time that a gin brand has used sensory marketing on the Tube. In May last year, Pernod Ricard’s Beefeater Gin installed strawberry-scented posters at Oxford Circus Tube station to mark the launch of Beefeater Pink gin.

This is Hendrick’s Gin’s seventh London Underground campaign and continues its theme of unconventional advertising. Earlier this year, Hendrick’s installed a number of phone boxes full of flowers, gin and mirrors around the country to celebrate the launch of its Midsummer Solstice Gin. 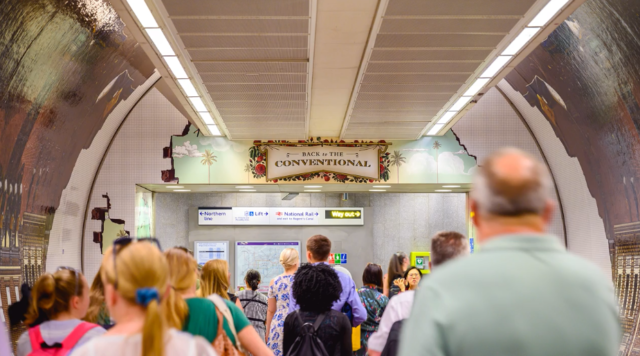 Part of an expansion of its distillery at Girvan in Ayrshire, William Grant & Sons called the project “most significant development” since the launch of Hendrick’s in 1999. 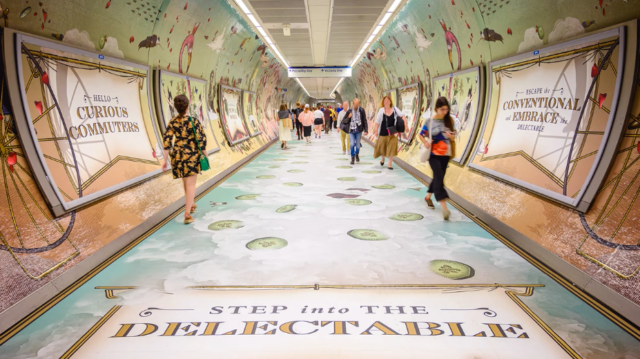