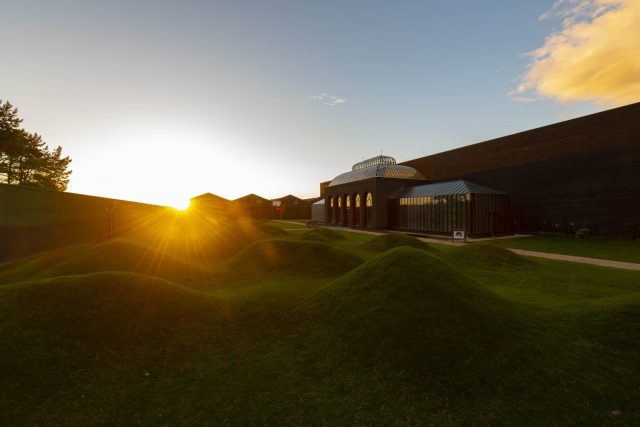 Brand owner William Grant has stated that the news the “most significant development” since the launch of Hendrick’s in 1999.

The project is an expansion of its distillery at Girvan in Ayrshire and is “dedicated to exploration and discovery” according to the brand.

The new space will provide master distillery Lesley Gracie with the tools to experiment and develop new variants of the cucumber and rose infused gin.

Contained within the new development is a walled garden, palm house, two hot houses for growing botanicals and a laboratory containing a flavour library, lecture theatre and a gin bar.

The expansion has also permitted Hendrick’s to double its production capacity in order “to meet demand”, increasing its output from one million to two million cases a year.

The gin brand now has a total of six stills including four Bennett stills (the original antique copper pot still dating to 1860 and three replicas) and two carter head stills (one original dating to 1948 and one replica). The brand has already been using the new stills for almost a year.

Lesley Gracie, master distiller at Hendrick’s said: “I’ve been distilling Hendrick’s for almost twenty years and during that time, my team and I have had the opportunity to explore and experiment on a small scale.

“However, I’m thrilled and excited to take full advantage of our wonderful new distillery and begin working on a line of experimental liquids, some of which will hopefully blossom into future releases and potential new expressions of Hendrick’s”.

Pamela Selby, the global brand director at Hendrick’s added: “The Hendrick’s Gin Palace in its design and experience, is intended to inspire curiosity, open minds and serve as a platform for invention. It pulls back the curtain on the wondrous production method and showcases the many layers of Hendrick’s that it has become celebrated for, some humorous, others curiously intellectual, detailed and deeply meaningful. It represents the confidence we have in the brand that helped to kick-start the ginaissance and leading role it has played ever since”.

According to the latest figures published by the Wine and Spirit Trade Association, sales of UK gin have doubled in value in the past five years with exports and domestic sales totalling £2.2 billion in the year ending 16 June.

The industry body’s latest market report found that Brits bought over 60 million bottles of gin worth over £1.6 billion in the year ending 16 June, up 38% on the same period the previous year.

This means that the sales of UK gin at home and abroad has doubled in the last five years, with sales and exports totalling just over £1 billion in 2013.

Gin alone is responsible for 68% value growth within the entire UK spirits sector.

According to figures published by Scotland Food and Drink, 70% of the UK’s gin is produced in Scotland, a figure boosted by the fact the world’s best-selling gin brand, Gordon’s, is produced in Fife. With craft distillers such as Hendrick’s upping their production capacities, the percentage could rise in the future.

In June this year, it was reported that Hendrick’s had hit one million cases a year, after reporting 13% growth in 2017. The success of the brand has not gone unnoticed – in July this year Aldi launched a cucumber flavoured gin called Harrison’s which bears a striking resemblance to Hendrick’s, boasting a similar label, bottle, logo, flavouring and strength, but being made in England rather than Scotland.

Scroll through to view the pictures of the ‘gin palace.’