Discount retailer Aldi has launched a cucumber flavoured gin called Harrison’s which bears a striking resemblance to William Grant & Sons’ brand Hendrick’s, as it adds 10 new gins to its portfolio. 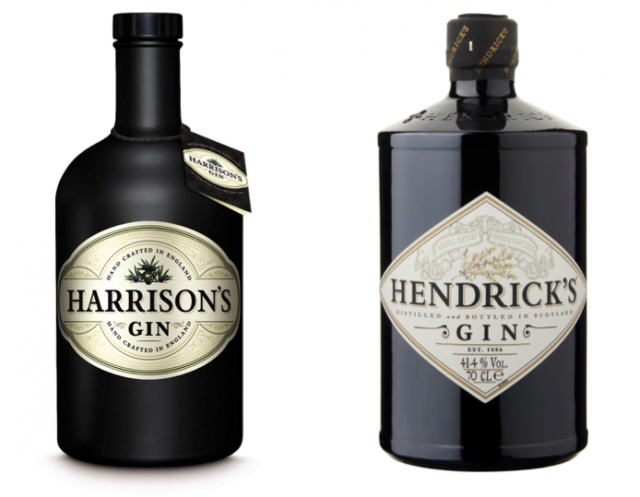 As part of an in-store gin festival this month, Aldi has added 10 gins to its portfolio including a collaboration with Scottish distiller and brewer Eden Mill, a new pink variant of its Oliver Cromwell gin, a mint-forward gin from Surrey based distiller Becketts and the most expensive product in the range, 58 Gin (£24.99) produced in Hackney Downs and flavoured with juniper, coriander, lemon, pink grapefruit, vanilla, orris, cubeb pepper, bergamot and angelica.

What is raising some eyebrows, however, is the release of Harrison’s Gin – a cucumber flavoured gin which closely resembles Hendrick’s, a brand owned by William Grant & Son’s, and which according to the latest figures, is the seventh best selling gin in the world.

While the label and bottle shape are different, the bottle colour, logo, flavouring and strength of the gin are very similar. One other difference, however, is that Harrison’s is produced in England while Hendrick’s is made in Scotland.

Price is also another factor. Harrison’s comes in at £15.99 while Hendrick’s retails for roughly £28-30. Harrison’s is not the first brand ‘lookalike’ that Aldi has released this year. 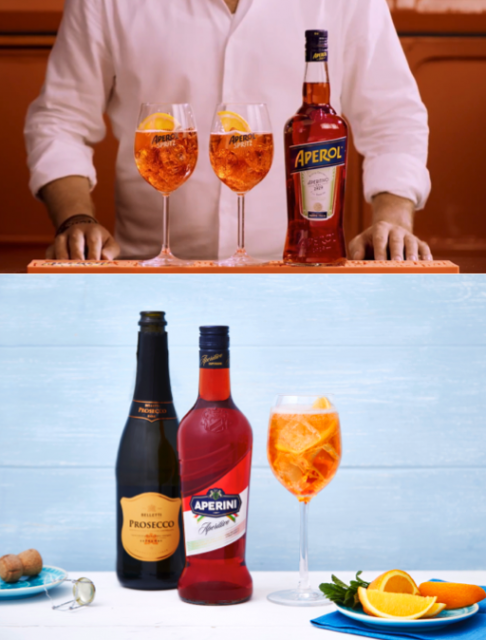 Earlier in 2018, the retailer launched Aperini, a take on the popular Italian apéritif, Aperol. Once again, while both the bottle and label shape differ, the colours and logo are very similar. With Aperol being sold for roughly £15 per 70cl and Aperini coming in at £6.99, there is also a price differential.

Offering consumers similar or more affordable alternatives is important, but when a brand’s packaging too closely resembles that of another, it can prompt a legal challenge.

While there is no suggestion that this is the case here, ‘copycat’ brands have been taken to court by drinks producers in the past.

Last June, Diageo lodged a lawsuit against US-based Deutsch Family Wine & Spirits over the bottle design of its Redemption whiskey brand, while in a similar complaint, the owner of Jack Daniel’s, Brown-Forman, filed a complaint against Texas-based Dynasty Spirits and Buffalo Bayou Distilleries for trademark infringement and dilution, false advertising and unfair competition in April this year.

Moving to beer, in May this year, brewing giant MillerCoors filed an opposition suit against South Korean brewing HiteJinro over the latter’s application to register the new logo for its Hite lager as a trademark in the US last year. The following month, Portland’s Shipyard Brewing lost a lawsuit against Missouri-based brewer Logboat Brewing Co. over its Shiphead beer, having claimed that it had infringed upon its trademark. At the beginning of the year, craft beer giant BrewDog, won its battle against the Elvis Presley estate after a previous ruling, which banned it from calling one of its beers ‘Elvis Juice’, was overturned.

Finally in wine, Rush Rich winery and Treasury Wine Estates’ Penfolds are currently embroiled in a legal dispute over ‘copycat’ accusations. In February this year, TWE filed legal action against “copycat” producer Rush Rich in Australia over trademark infringements that it claims “exploit TWE’s iconic Penfolds brand”, as well as its Chinese transliteration of Ben Fu.

In May, however, Rush Rich fired back, stating that it rejected in the “strongest terms” that it had infringed on Penfolds’ trademark and vowed to “contest this vigorously in the Federal Court”.

the drinks business has contacted William Grant & Sons for comment on the launch.