Prosecco Conegliano Valdobbiadene bans use of glyphosate on vineyards

The consorzio for the Prosecco Conegliano Valdobbiadene DOCG has banned the use of the herbicide glyphosate on vineyards in the area, claiming it is the largest wine zone in Europe to prohibit use of the substance. 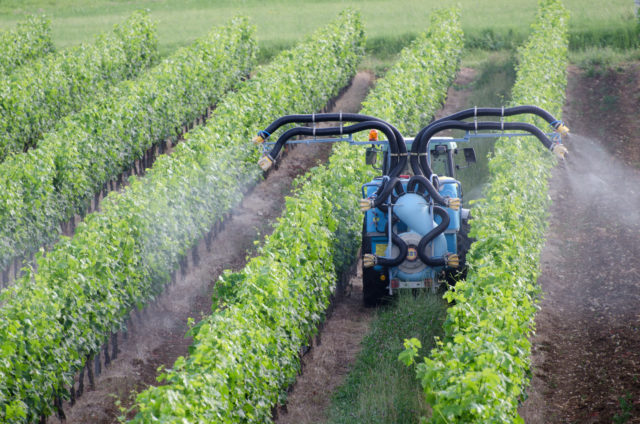 The consorzio has implemented the ban as part of the 2019 edition of its “viticultural protocol”, a set of guidelines that were launched in 2011 that advises growers in the region on how to be more environmentally sustainable.

Innocente Nardi, president of the consortium, said the ban was implemented following a close dialogue between local government authorities and the consortium.

Nardi added: “This 2019 edition of the viticultural protocol is very important for us. First of all because the ban on the use of glyphosate makes the advice we give to the growers on sustainable, alternative vineyard management, such as the use of mechanical mowing, increasingly necessary.

“Our area is a unique test-bed for environmental sustainability in Italy, due to its ability to bring together all of the stakeholders involved. Further proof of this synergy is the gradual adoption – by all of the communes in the denomination – of the advice contained in the consortium’s viticultural protocol in drawing up their individual municipal regulations regarding the general countryside.”

Glyphosate, the active ingredient in herbicides including Roundup produced by Monsanto, continues to be widely used in both viticulture and other forms of agriculture around the world.

Last month, Monsanto was ordered to pay a Californian couple US$2 billion after a jury in California found that they had developed non-Hodgkin’s lymphoma after using the weed killer. This follows two similar trials earlier this year. This month it was announced that a Melbourne based legal firm Carbone Lawyers had also launched a claim against Monsanto owners Bayer, claiming glyphosate caused cancer in a client.

Glyphosate has also been criticised for its environmental impact, owing to the fact that some plants have developed a resistance to the substance.

Speaking to the drinks business for the organics feature published in the June issue of the drinks business magazine, consultant on organic, biodynamic, natural and sustainable wine Monty Waldin said: “The recent landmark rulings in the USA about the potential danger to human health of using the glyphosate™ compound seem to mark a sea-change in the balance of power between corporate behemoths claiming their products are safe whilst wanting commercial secrecy on the one hand, and on the other humble groundskeepers whose doubts about the side-effects of supposedly ’safe’ sprays proved valid.”

Chris Foss, outgoing head of the Plumpton College wine department, however, suggested that too great a focus has been put on glyphosate in comparison to other substances.

“Roundup is been used for 50 years, we use it here,” he said. “You’ve got to handle the concentrate with respect. In suburban areas there’s a person that goes up and down spraying the pavements and sprays the weeds in between the cracks – London is absolutely plastered in glyphosate. It has been for years. It’s generally biodegraded and doesn’t pollute the waterways. I think it’s probably the wrong one to go for.”

Foss believes that the situation will be resolved both by further research and a genetic revolution in the vineyards.

“It’s been a long time coming, but we really need to combat this problem of the disease vulnerability of the vinifera, it’s appalling,” he said. “Pesticides are not going to get us out of it. Neither are cultural methods, the only thing that will get us through is genetics.”

The Prosecco Conegliano Valdobbiadene DOCG consortium meanwhile is hoping to implement a new project whereby producers in the region will each sustainability certifications through the independent S.Q.N.P.I (Sistema Qualità Nazionale Produzione Integrata) scheme. The scheme encourages growers to minimise their use of synthetic substances for fertilisers and to control weeds and diseases.

The consorzio hopes that 25% of those signed up for the initiative will be certified by 2021, increasing by 10% each year thereafter.

For a more in-depth discussion of organic wine and sustainability, please view the dedicated feature published in the June issue of the drinks business.