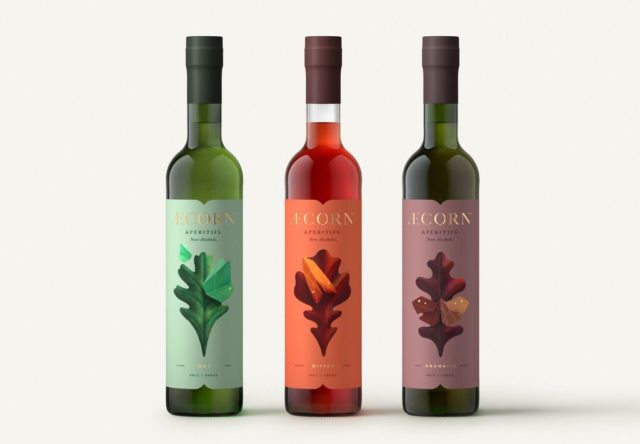 Æcorn Aperitifs, which has been established as a sister brand to Seedlip, are made from English grown grapes and comprise three skus –  dry, bitter, and aromatic – inspired by 17th century English herbal remedies.

Speaking to The Drinks Business last December, Claire Smith-Warner, the former head of spirit creation at LVMH Moët Hennessy who joined Seedlip in January 2018 to head up the launch, said the drink, which is have been designed to be drunk with food was breaking new ground in a category created by Seedlip,

The three skus are inspired by a 17th century text “The Art Of Distillation”, and use English-grown Pinot Noir, Pinot Meunier and Chardonnay, combined with botanicals to give a distinctive bittersweet taste.

Seedlip founder Ben Branson said the global traction of Seedlip over the last four years had been “both surreal and overwhelmingly positive”.  The range, which now comprises three flavours – the original Seedlip Spice 94, Seedlip Garden 108 and the latest addition, citrussy Seedlip Grove 42 – started in restaurants in London, but is now sold in the US, Australia and Hong Kong, as well as in major UK supermarkets, including Waitrose, Marks & Spencer and Sainsbury’s.

The brand, which launched its first botanical drink in 2015, soon attracted investment by Distill Ventures, a Diageo-funded spirits innovation group, which bought a minority stake in the business in 2016. Branson told db one of the advantage of having Distill Venture on board was due to its experience in building brands and its understanding of how the global community of bartenders and trends worked.