Air passengers in the UK have now been officially banned from consuming duty-free wine and spirits on board planes, prompted by growing concerns over alcohol-fuelled air rage. 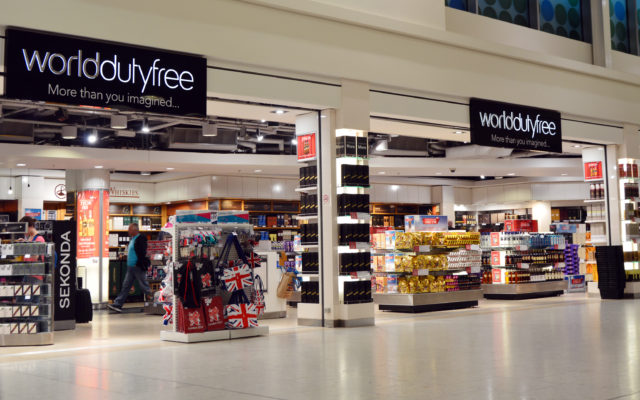 As reported by The Times, World Duty Free, which is the only provider of duty-free shops at most large airports in the UK, has tightened its control on the sale of duty-free alcohol.

According to the paper, all bottles of alcohol, regardless of their size, must be placed in sealed plastic bags bearing the inscription: “Do not open alcohol purchases until your final destination”. The reinforced bags require cutting with scissors which are of course banned from being placed in hand luggage.

According to The Times, Gatwick has implement further measures, banning the sale of miniatures from duty-free shops and enforcing a “no-shots policy” in bars.

A spokesperson for World Duty Free said the move was voluntary, adding that while alcohol-induced air disruption incidents are rare, “where they do happen, the impact can be serious for fellow passengers, employees working in the air and the airport industry.

“The industry is working together to tackle this problem and make disruptive behaviour such as this socially unacceptable. The vast majority of our customers understand that the alcohol we sell can only be consumed when they reach their destination, and this message is already clearly conveyed at tills, on receipts and on bags.”

In 2017, the Civil Aviation Authority revealed that a total of 422 serious incidents were recorded, double the number reported in 2014, with only those that directly put the aircraft at risk being noted. The CAA estimates that in half these cases, alcohol is involved.

Responding to the government consultation on the introduction of airside licensing at UK airports earlier this year, Tim Alderslade, chief executive of Airlines UK, which 13 UK carriers, said: “Whilst airlines do not want to stop passengers enjoying a pint or glass of wine at the start of their holiday the sale of alcohol needs to be responsible. We want to see common sense prevail and ensure bars and retailers airside come under the jurisdiction of the Licensing Act – simply applying the same rules as on the high street.

“It is the alcohol consumed or bought in the airport that is the most common causal factor (more than half) of disruption in the air and unfortunately the number of incidents continues to rise and each incident poses a safety threat.

“Simply bringing the airports in line with the high street would protect passenger interests while reducing the number of disruptive incidents and making flying safer and more enjoyable for all.”

While such incidents can impact fellow travellers and members of staff, they are also costly, with diversions due to on-board incidents ranging from £10,000 to £80,000 depending on the size of the aircraft and where it’s diverting to.