A Napa Valley 2015 Cabernet Sauvignon has knocked a 1976 Chateau d’Yquem Bordeaux Sauternes off the top spot as the highest rated wine on wine review app and marketplace, Vivino. 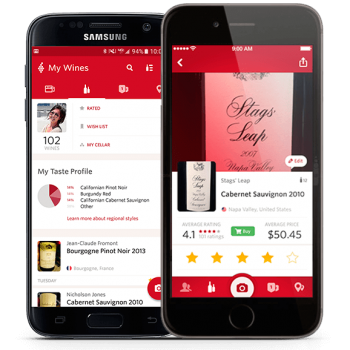 The 2015 Scarecrow from Rutherford, which is made by winemaker Celia Welch, scored the highest rating on the US-based marketplace, which is based on reviews and ratings from the app’s users.

It is currently not for sale on the UK-version of the site, but can be bought online from between £566 and £822 a bottle.

Second on the list of the most highly rated wines in 2018 was a Burgundy Côte de Nuits Red, Domaine de la Romanée-Conti’s La Tâche Grand Cru 2000, who also won a place in the top five with their Domaine de La Romanée-Conti Grands-Échezeaux Grand Cru 2011. Others included a Tuscan red, Soldera Sangiovesa Toscana 2006 and a Chilean Cabernet Sauvignon, Vinedo Chadwick red 2014.

The company said the rating system and the annual awards based on the top ten most popular wines in each category, offered a snapshot of current and upcoming wine trends. It pointed to the increasing interest in natural wines with many of the best reds coming out of Burgundy’s Beaujolais region being natural wines, and more serious, age-worthy styles of Provencal rose.

Spain’s Toro region, which created a ‘bolder’ style of Tempranillo, was starting to compete with more established wine regions such as Rioja and Ribera del Duero styles, it said, while Pinot Noirs were increasingly coming from lesser known regions, such as Patagonia and Tasmania.

Portuguese white wine had seen a 20 % increase in Vivino reviews and a 40 % year-over-year uptick in scans, it noted, but Chardonnay had fallen out of the top five overall white wines.

Vivino was launched in 2010 enabling consumers to scan a wine label into their smartphone, which was synched to user-generated ratings, reviews and price comparisons.  E-commerce capability was added in 2016, followed by a Netflix-style personalised wine recommendation based on their previous ratings, searches and purchases in a browse-able centralised ‘marketplace’.