An Icelandic airline has launched a bespoke craft beer to be served in-flight inspired by the nation’s wintry aesthetic. 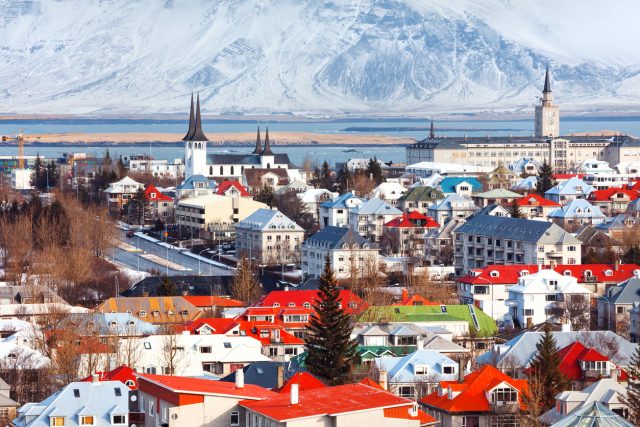 The pale ale comes in at 5% ABV, which is also the average temperature in Iceland, and is brewed with American hops such as Mosaic, Azacca and El Dorado as well as American yeast to develop a light beer with tropical fruit aromas of pineapple, passionfruit and mango.

This is not the first time the airline has worked with Boyne Brewhouse. Icelandair launched an own-label IPA called 737 in April last year, toasting the delivery of its first Boeing 737 MAX-8 plane. The limited edition beer was served on Icelandair’s transatlantic flights and in its Saga Lounge at Keflavík International Airport for around four months.

Kristján Jóhannesson, Head of Inflight Catering at Icelandair, told the Mirror: “We want to provide an exciting twist to our passengers onboard experience with us.

“We are constantly looking at innovative ways to enhance our passengers experience and by brewing limited edition seasonal pale ales like the Snæbjört, passengers can understand the culture of Iceland from a sip of their drink.”

Although Iceland is home to a thriving craft beer scene, alcohol only became legal in the country relatively recently. The Icelandic government imposed prohibition in 1915 and lasted until 1 March 1989. At the time, the country was struggling to gain independependence from Denmark, a country Icelanders strongly associated with the consumption of beer.

The ban had originally prohibited all alcohol, but from 1922 the country’s lawmakers legalised the sale and consumption of wine, and in 1935 legalised all alcoholic beverages except beer with more than 2.25% alcohol content. it wasn’t until March 1989 that the ban was fully lifted.

Today, 1 March is a celebrated holiday in Iceland, known colloquially as Bjordagur (Beer Day). Beer now accounts for around 62% of all alcohol consumed in Iceland, according to the BBC.