Bar sues bartender $115k for drinking on the job

A US bartender whose drinking on the job prompted his employer to have its licence temporarily revoked is being sued for US$115k in lost earnings. 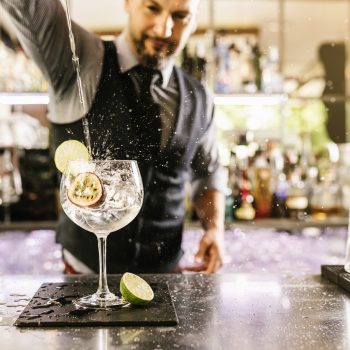 That’s how much the bar estimates it will lose in earnings over the three weeks from 20 January when they will be legally prohibited from selling alcohol.

As reported by Oregon Live, the lawsuit claims that bartender Gunnar Hokan Jorstad was drunk on the job last January while serving customers at the Barrel Room in Oregon.

That led to the Oregon Liquor Control Commission slapping the bar with a temporary suspension of its licence.

Now, the bar wants Jorstad to take responsibility for its lost earnings, and is seeking damages from its former employee of $5,500 per day over 21 days.

According to the lawsuit, Jorstad admitted to Portland police that he had been drinking on the job that day, and had been relieved of his duties.

Jorstad was also penalised and had his service permit suspended for 18 days – a permit issued by the Oregon Liquor Control Commission to employees who serve alcohol in restaurants, taverns, nightclubs, bars, lounges, private clubs, and similar businesses.