Italian police have seized 750,000 litres of Prosecco from two producers after they were found to have both added extra sugar to the wine during fermentation to increase the alcohol content, and to have exceeded their production quota. 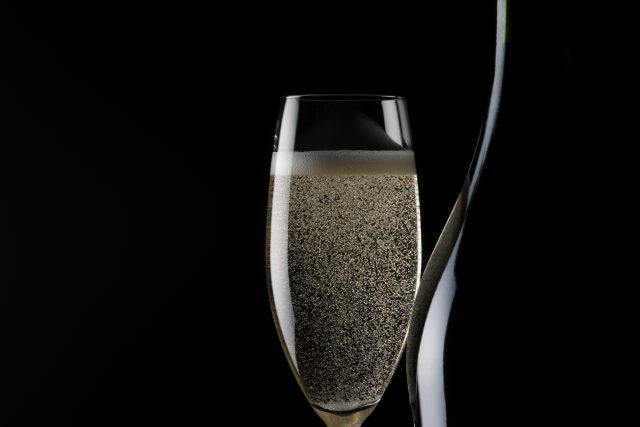 The two producers, based in Valdobbiadene and Refrontolo, in the province of Treviso, were raided back in September after officials grew suspicious after finding two tonnes of sugar in sacks.

A third of the wine seized was thought to have extra sugar added to it during primary fermentation in order to increase its alcohol content. Sugar can be added to Prosecco and other sparkling wine during secondary fermentation, which with Prosecco happens in a tank, in order to sustain the yeast which is also added at the same time. In Champagne this is known as liqueur de tirage. Sugar can also be added at the end of the production process as a dosage. Sugar is usually mixed with wine and added in order to adjust the final sugar levels.

Police chief Lieutenant-Colonel Vincenzo Nicoletti told The Times: “We believe the sugar was being added to about a third of the Prosecco seized, as it fermented, to boost its alcohol content, which is strictly forbidden”.

Nicoletti refused to name the producers involved but did add: “We put a stop to it and the wine will probably now be turned into vinegar.”

The rest of the wine was seized as the wineries had exceeded their production quota. Nicoletti said that this was a particular problem this year. “Italian producers are in general going about 30% over the maximum production allowed.”

Back in September, it was reported that Prosecco was on course to produce almost 600 million bottles of fizz from the 2018 harvest, making the region nearly two times the scale of Champagne.

The conzorzio for DOC Prosecco said this year was expected to yield “3,700,000 hl of certifiable wine”, from the 23,000 hectares of vineyards in the region. Meanwhile the DOCG area for Prosecco Superiore, where both of the producers referred to above are located, is expected to produce more than 100 million bottles from 5,000 hectares.

Andrea Battistella, economic and technical manager, of Consorzio Prosecco DOC told the drinks business: “In European and national law, the Prosecco DOC production is governed by precise rules that define the production area, the typologies, the varieties, the viticultural and oenological operations, the organoleptic characteristics, the labelling and the presentation of the product.

“In the specific case of the products referred to, the controls discovered non-fulfilment from an administrative point of view. The law enforcement seized the products not registered by the winery, waiting for the origin to be checked”.

“Out of 181 sparkling wine producers and 433 companies who vinify in the Conegliano Valdobbiadene Prosecco zone, there are just two firms in which an anomaly has been found by these supervisory bodies; this means that – in general – the production system is dependable, painstaking and of high quality.

“It is important to underline that the use of sugar is a practice which is authorised by law when making sparkling wines, and above all it is not harmful for the health of the consumer”.

While this incident happened back in September, it comes after leading New Zealand wine producer Yealands also fell foul of the law. The producer, along with its former owner, former general manager and former chief winemaker were all fined for “deliberate, deceptive and sustained” breaches of the 2003 Wine Act.

Yealands and its former staff members pleaded guilty to five charges relating to the addition of sugar to wines destined for sale in the EU market. The producer is believed to have added extra sugar to its wines between 2012 and 2015, and falsified documentation in order to cover its tracks.

While enrichment is permitted for still wines, the EU has strict rules as to how and when this can take place compared to other markets such as the US and New Zealand.

Yealands and its winemakers followed the normal New Zealand rule while stating that they were following the different EU rule.

Chair of New Zealand Winegrowers John Clarke said that any breach of the Wine Act is considered a serious matter and will not be tolerated. He stated that “the industry has been badly let down by Yealands’ actions,” adding that he was “extremely concerned and deeply disappointed” by news.

He added: “The message for wineries is clear: follow the rules or you can expect enforcement to follow.”

Bordeaux third growth Château Giscours also got caught out in a similar case for chaptalising a portion of its 2016 vintage due to an unfortunately mistimed communication. For French still wines, chaptalisation is not illegal, but it is strictly controlled and in the case of the 2016 vintage there was never authorisation for producers in Margaux to chaptalise their Merlot.

Giscours claims that the initial correspondence between it and the Organisme de défense et de gestion (ODG) did not indicate that Merlot was excluded the chaptalisation authorisation. The producer went ahead with the chaptalisation only to receive an email 45 minutes later stating that Merlot was excluded, by which point a portion of musts at Château Giscours had already been chapitalised.

Its managing director was handed a suspended prison sentence after almost 400 hectolitres of wine was seized by officials in March, but the estate has said it will appeal the decision.