Marlborough winery Yealands has been fined NZ$400,000 after pleading guilty to five charges relating to the addition of sugar to wines destined for sale in the EU market. 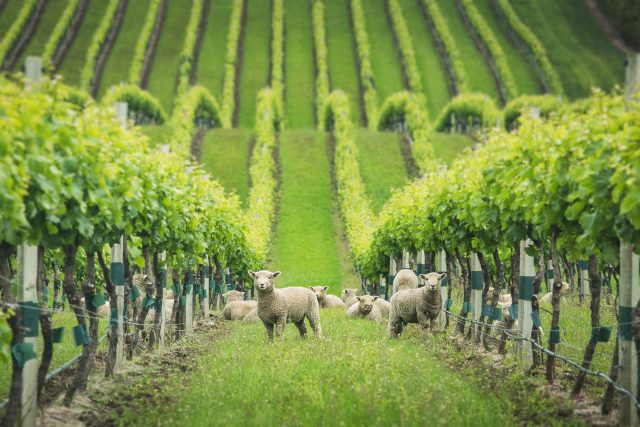 Yealands Wine Estate, together with its former owner, former general manager and former chief winemaker, have been fined following an investigation by The New Zealand Ministry for Primary Industries (MPI).

The charges relate to the export of wines to the EU between 2012 and 2015, and according to the winery, they were not sold under Yealands brands.

Yealands stated in a press release following the ruling that such practices “were usual and proper for most countries” but not for wines entering the EU.

The MPI was tipped-off by a former employee who had initially raised the matter internally. After conducting an audit, it found inaccurate records were kept in relation to 6.6 million litres of wine, of which around 3.8 million litres were exported to the EU.

On top of the $400,000 fine, the former general manager of winery operations, Jeff Fyfe, and the former chief winemaker, Tamra Kelly-Washington, have both been fined $35,000, while the estate’s former owner, Peter Yealands, was fined $30,000.

It was stated in court that Peter Yealands was made aware of the practices but made no attempt to stop them from taking place. His lawyer, Rachael Reed QC, told New Zealand media that “he takes responsibility for that. He deeply regrets not stopping what was going on”.

Following the damage to a vineyard after an earthquake, Fyfe and Kelly-Washington had reportedly felt under pressure to sustain production, and had told staff to “audit proof” the wines.

After the investigation, which took almost two years, MPI’s manager of compliance investigations, Gary Orr, said that Yealands had “engaged in deliberate deception through the use of falsified records that were designed to receive routine audit.” He referred to the actions of the individuals involved as “deliberate, deceptive and sustained.”

“As a general rule, the wine industry is compliant and law-abiding. That’s why this offending is very disappointing. It is common knowledge in the wine industry that you can’t add sugar post-fermentation to wine destined for the EU market, yet the parties convicted were well aware of what they were doing.

“These are the first convictions for offending under the provisions of the Wine Act in New Zealand. I hope this will act as a strong deterrent to anyone engaging in non-compliant behaviour under the Wine Act,” he added.

In a statement, Yealands CEO Adrian Gartforth, commented: “Systems we have introduced, training and comprehensive audits mean that our wines are fully compliant, and breaches of this kind will not happen again.

“These events, which predate my appointment, do not reflect our company values and our desire to do everything to the highest possible standard. We have taken these charges very seriously. In any business errors can occur; what is important is the response and we believe we have done everything possible to ensure that this could never happen again”.

Yealands is now fully-owned by electricity company Marlborough Lines. Its former owner, Peter Yealands, initially sold 80% of the business to the company in 2015 for a total of NZ$89 million (£38.1m). Earlier this year, he sold his remaining shares in the business for an undisclosed sum and on the same day resigned as director of the Yealands Wine Group.

Back in 2011, the wine estate merged with wine investment firm Ager Sectus, creating one of the then largest privately-owned wine companies in New Zealand. Both brands kept their individual identities, however the merger meant they had a combined total of 1,500 hectares of vineyards and a presence in over 50 markets worldwide. In 2017, Yealands completed the sale of its Crossroads Winery in Hawke’s Bay, which it had acquired in the 2011 merger.

The wine group stated that it “has cooperated fully with the MPI investigation as soon as the errors were brought to our attention in early 2016”.

Tamra Kelly-Washington is now chief winemaker at cinematographer Michael Seresin’s eponymous wine brand, having taken up the position in June this year. Yealands also refers to Fyfe as “a former member of staff” but it’s unclear if he’s taken up another position in the industry.