Hong Kong’s health minister is considering putting health warnings on alcoholic drinks such as beer and wine, citing a worrying binge drinking trend among teenagers in the city. 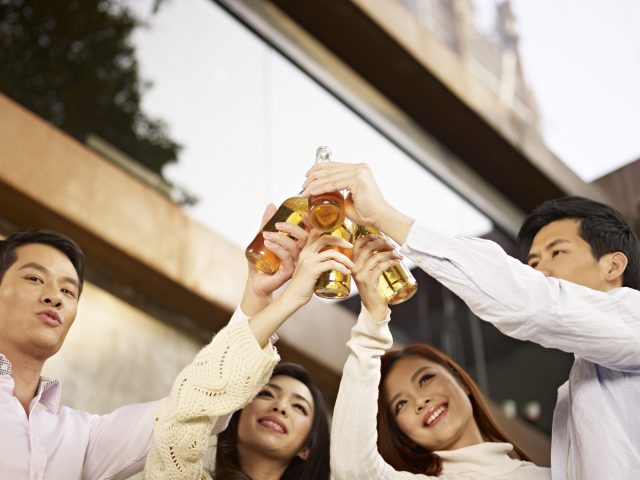 The potential move was revealed by the city’s Secretary for Food and Health, Sophia Chan, when interviewed by a local radio show, one day after the city’s ban for alcohol sales to minors came into effect.

When asked if the Hong Kong government would introduce similar warning messages for tobacco to alcoholic drinks, Chan admitted it being a possibility, reported SCMP.

“There are for sure other intervening measures. We would do it step by step,” she was quoted as saying.

Reducing binge drinking is among the nine targets outlined by the Special Administrative Region government in an action plan to combat non-communicable diseases in the coming seven years. The target is to reduce binge drinking by 10%.

A previous survey by the government found 11.1% of teenagers aged 15 or above consumed alcoholic drinks at least once a week.

Speaking during the radio programme, Chan said: “According to the experiences of regulating tobacco, we have to do it [stronger measures] in a multipronged approach.

“Alcohol is classified as a group one carcinogen. As a health bureau, we are obliged to spread the message.”

It’s however still early to say if the proposal will materialise as it would face legislature first. Liberal Party lawmaker Peter Shiu Ka-fai, who represents the wholesale and retail sectors in the legislature, voiced his opposition views.

“Hongkongers live longer than any people on Earth. Don’t overdo it and hurt our freedoms,” he was quoted in the SCMP report.

Since the elimination of wine taxes to zero in 2008, Hong Kong has become a wine trading hub in Asia.