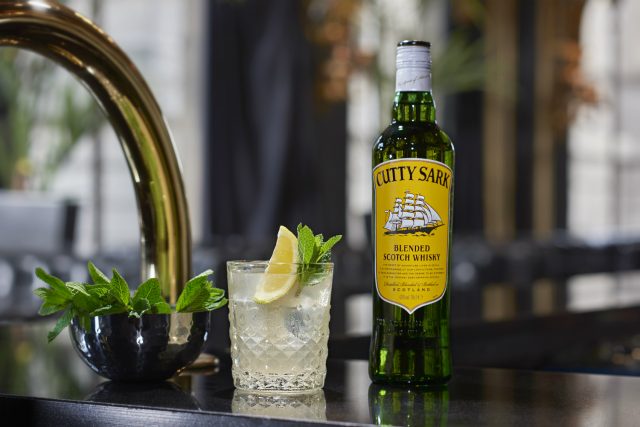 Edrington, which owns Scotch brands including The Macallan, Highland Park, The Glenrothes and The Famous Grouse, first announced that it was putting Cutty Sark up for sale earlier this year.

In a statement in June, the drinks group said that it was offering its Cutty Sark and Glenturret brands for sale, alongside the Glenturret distillery in Crieff (Scotland’s oldest single malt distillery) in order to prioritise investment in its core brands.

Edrington chief executive Ian Curle said at the time that the proposals will enable “greater focus and investment to support the long-term growth of the company’s premium portfolio.

“Premium spirits is the fastest growing area of the spirits market. Focussing our resources and investment on the brands best equipped to compete powerfully will help Edrington to capitalise on the long term prospects from premium spirits,” he added.

The Cutty Sark brand was first launched in 1923 by Berry Brothers and Rudd, and was sold to Edrington in 2010. The spirit is blended and bottled at Edrington’s Great Western Road site and accounts for roughly 10% of volume output from the facility.

The completion of the deal with La Martiniquaise is expected to occur within a month.

As stipulated by the deal, Edrington will continue to provide blending and bottling and other services during the transition period.

La Martiniquaise was founded in 1934 and is the second largest spirits group in France, operating in 100 countries with a total of 27 subsidiaries and 30 production sites. The firm already operates the Glen Moray distillery in Speyside and grain distillery Glen Turner in West Lothian, which produces whisky for the company’s blended Scotch brand Label 5.

Ian Curle, chief executive of Edrington, commented: “Cutty Sark is a great Scotch Whisky and has been a worldwide whisky icon for the last 90 years. We are pleased to be transferring the brand to La Martiniquaise and know that it will thrive under their ownership. We wish them all the very best for the future with this great brand.”

“This acquisition is a major step forward to accelerate our international expansion. It will further strengthen our position in Europe and boost our presence in key markets such as the US & Japan. With Cutty Sark, we consolidate our position in Scotch whisky, entering in the world’s top 5 groups”.

While no sale agreement has been announced for the Glenturret brand and distillery, which is also home to the Famous Grouse Experience, it has been reported that the sale is progressing well with a number of prospective buyers expressing interest.

A spokesperson for Edrington told The Courier in August: “The sale process is progressing well and we believe that Glenturret will thrive under new ownership, where it will be a high priority for investment.

“We are consulting with staff about the process and anticipate that all 31 employees will transfer to a new owner”.