We couldn’t do this without mentioning the Wine & Spirits Show one more time, now, could we? 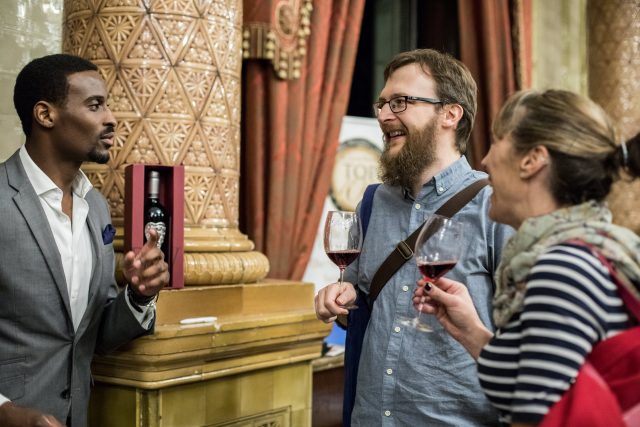 Upwards of 1,500 wine (and spirits) lovers flocked to One Horseguards Hotel in Whitehall last weekend to sample the very best drinks from our Global Masters Series.

With everything from a reality TV star’s Icewine to Welsh whiskey to a LOT of beer samples keeping our guests entertained, it’s no wonder we heard some fantastic conversations buzzing around the room.

It’s been a fabulous harvest season for English winemakers,. So good, in fact, that they’ve stepped up their photography game. 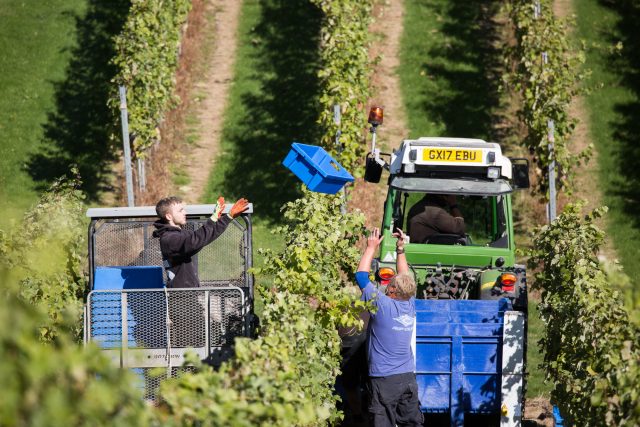 The above was taken at Sussex producer Rathfinny, where the team managed to pick double the amount of grapes as they did in 2017.

There were rumours of a Brexit-induced staff shortage affecting vineyards around this time lof year, but Rathfinny co-owner Sarah Driver said the fruit pickers came out in force “from all walks of life and all ages.”

Rick-roll up, Danish craft brewing king Mikkeller has just opened its first London bar in Bethnal Green, in partnership with the one and only Rick Astley.

That’s right. Actual Rick Astley. The Together Forever singer has partnered with Danish microbrewer Mikkeller to open a craft beer bar in London, which will pay homage to the star.

Rick is playing not one, but TWO sets at the new site today, 5pm and 7pm.

The bar – Mikkeller’s first in London – will be Scandinavian in design, executed by Danish design bureau Femmes Régionales, and will feature “discreet references to Astley’s early pop magic”.

This is no Cry For Help. It follows on from a beer collaboration last year, where Mikkeller teamed up with Astley to brew a fruity pilsner. 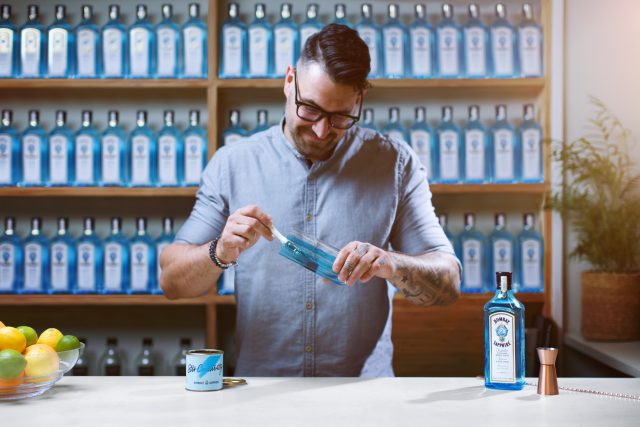 This week in “why, tho?”, Bombay Sapphire has created a new take on the G&T with edible paint.

The Bacardi Limited-owned gin brand has collaborated with a string of UK bars including Bishopsgate’s Duck & Waffle, Mr Fogg’s House of Botanicals in Fitzrovia, Hackney-based Scout, Panda and Sons in Edinburgh) and Manchester’s Tariff & Dale to launch a limited run of new drinks with The Paint Collection. As each G&T is mixed, a stripe of paint on the inside of the glass slowly infuses flavour and a hint of colour into the drink.

The on-trade action was devised with the help of Rich Woods, Duck & Waffle’s head of cocktail development. 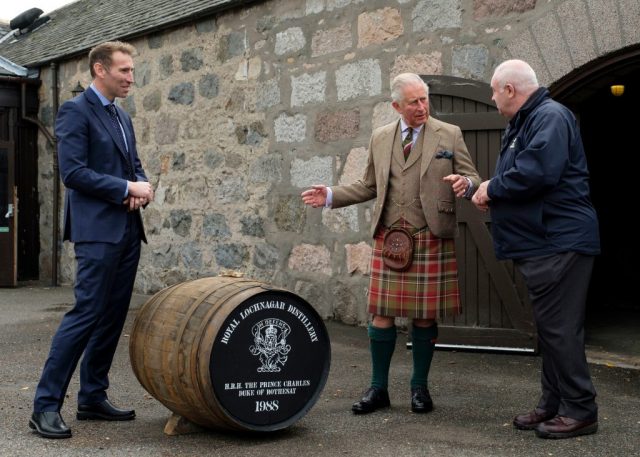 A fan of a wee dram, Prince Charles loves a distillery visit. This week HRH toasted the news of a new royal baby during a visit to Balmoral, Scotland, where he met staff at the Royal Lochnagar Distillery. 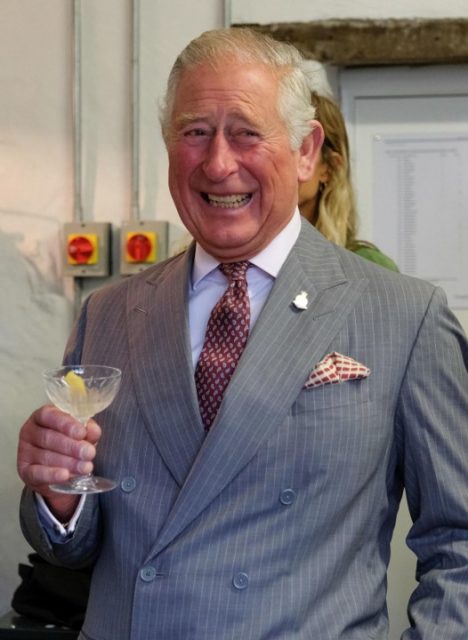 During his visit, the Prince of Wales was treated to a tasting of a rare Royal Lochnagar single malt straight from the barrel, which was laid down 30 years ago for Charles as a gift when he paid a visit to the distillery in 1988 on the 140th anniversary of Queen Victoria and Prince Albert. He seemed to enjoy it quite a lot… 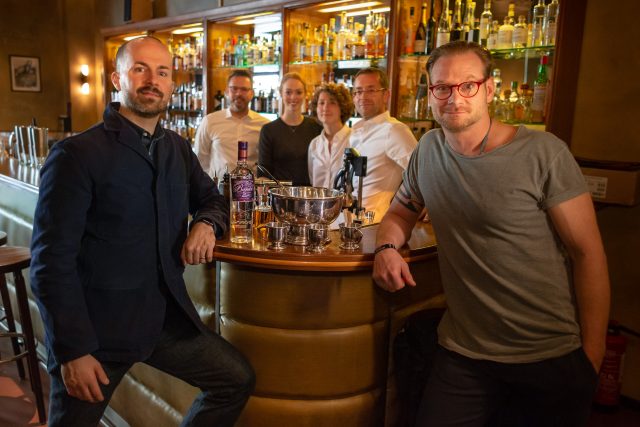 World-renowned bartender Jim Meehan travelled across Europe this week with Banks Rums and shared his experience from his time in the hospitality industry. Meehan visited a number of bars across Amsterdam, Copenhagen, Düsseldorf and Berlin to serve up a number of bespoke Banks Rums cocktails and recount stories from his new book, Meehan’s Bartender Manual. Each bar on the tour was challenged to created a bespoke menu inspired by the flavours of Banks Rums.

Is this the most extravagant limited edition activation in the history of Champagne? 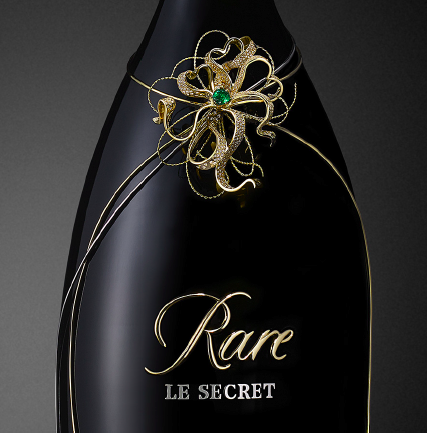 Probably not, but anyway, Piper-Heidsieck has launched a magnum of 1997 Rare Champagne — the estate’s prestige brand — which costs £115,000.

Why? I’m glad you asked. First, there are only three Rare Le Secret High Jewellery bottles available to buy at Harrods.

Second, you will notice a nice pendant-cum-brooch fastened to the neck of the bottle. That trinket is made of gold and platinum, set with more than 500 diamonds, and one of three precious stones in the centre (ruby, sapphire, or emerald).

A second range of limited edition 1997s — called Rare Le Secret Goldsmiths — will be released next month, which come with a more modest golden plague and retail at £1,150.

Also gearing up for the festive season is Lanson, which has given its baby bottles of Champers a sexy Santa makeover ahead of the Christmas shopping rush.

Available for £10 at selected Sainsbury’s stores, the 20cl bottles are filled with Lanson’s Black Label fizz. 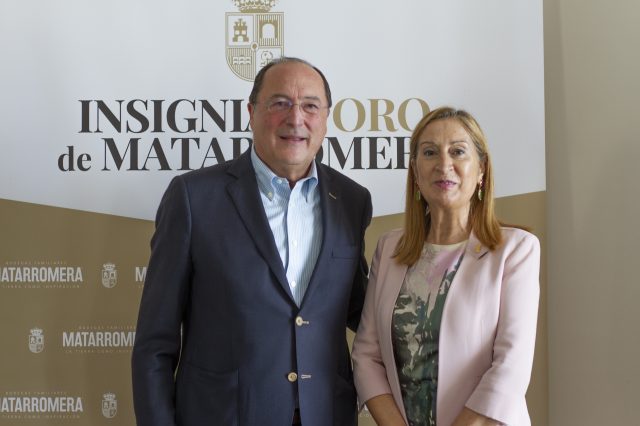 Ana Pastor Julián, president of the Congress of Deputies, visited the Spanish province of Valladolid on Saturday, stopping at Bodega Emina Ribera where Carlos Moro, president of wine estate Matarromera, presented him with the company’s Gold Badge. 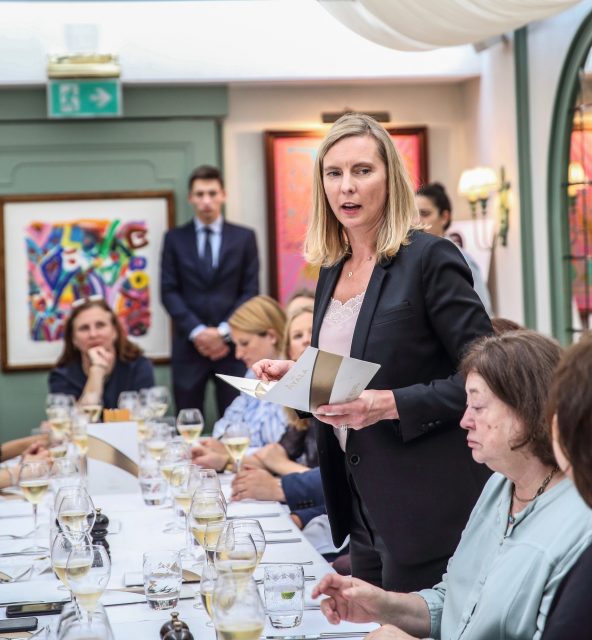 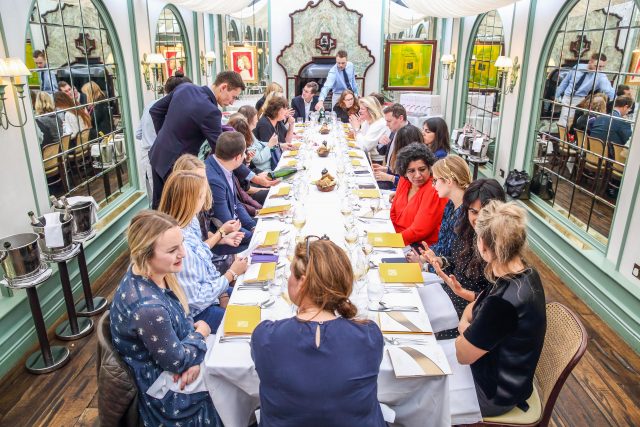 The lunch saw the coming together of some of London’s top women chefs, including Asma Khan, owner of Darjeeling Express in Soho (dressed in red) who is the first British chef to appear in the popular Netflix series Chef’s Table. 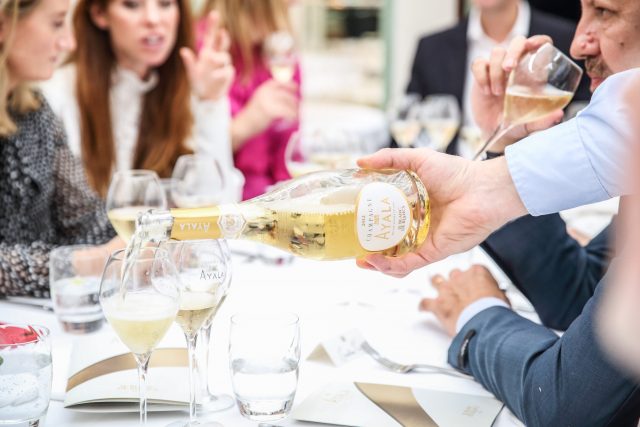 The Ayala Blanc de Blancs 2012, made from 100% Chardonnay from the Côtes de Blancs, went down a treat with a decadent mushroom risotto. 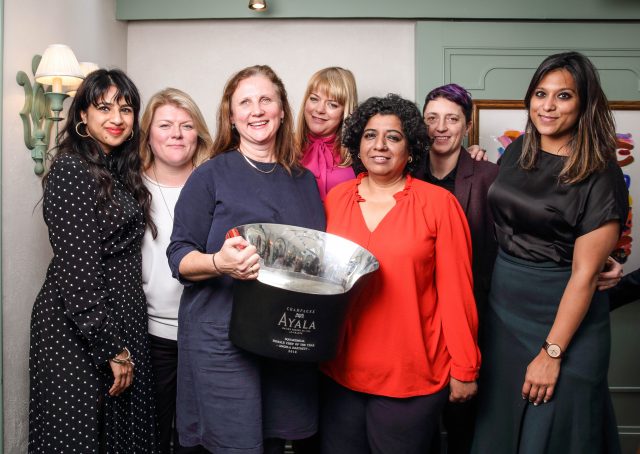 One of Britain’s best loved female chefs, Angela Hartnett, picked up the inaugural Ayala SquareMeal Female Chef of the Year award, voted for by the public. Among the talented female chefs there to cheer her on was Great British Menu star Marianne Lumb (in pink), Helena Puolakka of Scandinavian restaurant Aster (in white), the aforementioned Asma Khan, and Rachel Humphrey of Le Gavroche (second from right). 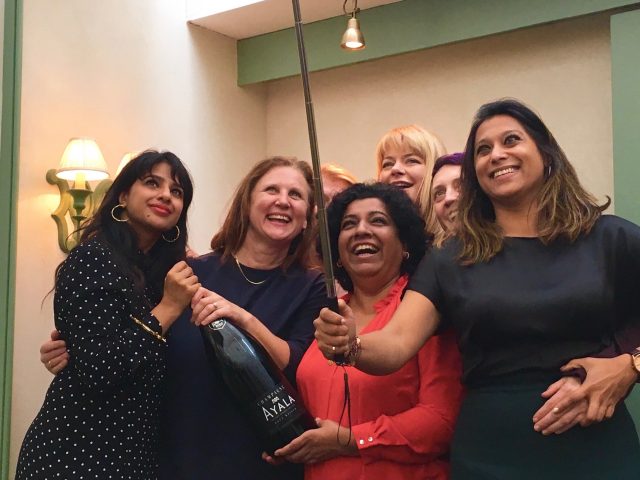 After Angela was given her award, all of the chefs huddled up to attempt an Ellen DeGeneres style selfie à la Oscars 2014… 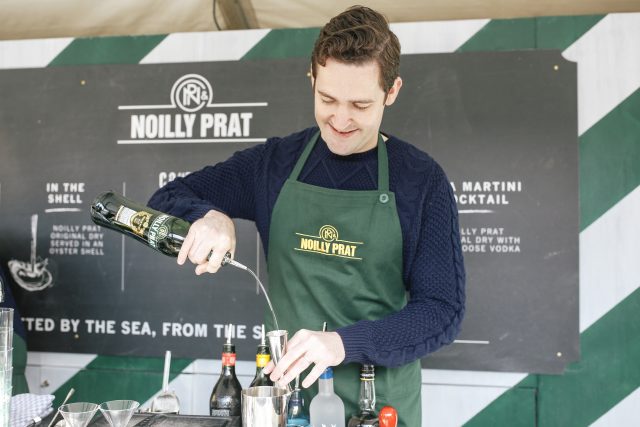 Vermouth brand Noilly Prat made its first appearance at Bar Convent Berlin this year. To showcase that the vermouth is made close to the sea and the importance of this in its unique production process, Noilly Prat brought the South of France to Germany’s capital. From deck chairs to lemon trees, guests were transported to the home of this fine French vermouth nestled in the pretty fishing village of Marseillan. Coupette’s Chris Moore served over 3,800 attendees, showing off how well Noilly Prat pairs with oysters.