Champagne Lanson ramps up activity ahead of Wimbledon

In what will be its 17th year as the official Champagne supplier to the Wimbledon Championships, Champagne Lanson will once again be rolling out its much-loved tennis-themed neoprene jackets as part of its Perfect Start campaign. 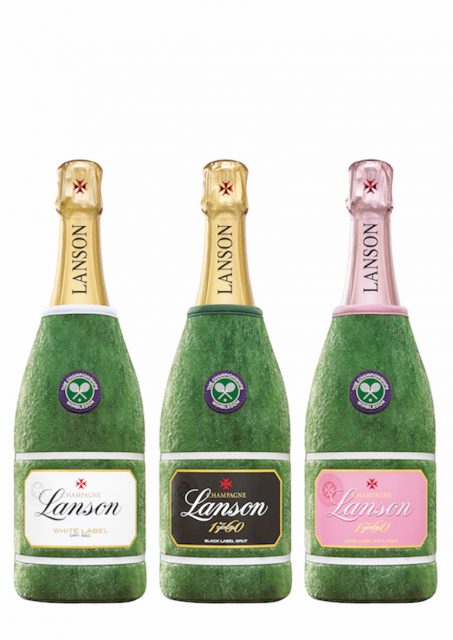 The House already has a long-standing 41-year relationship with the All England Lawn Tennis Club, and in 2001 has been the official Champagne supplier to the Wimbledon Championships.

Lanson will continue to promote its new Green Label Brut Organic as part of a wider Lanson ‘Wimbledon-themed’ marketing activation programme, which last year saw an unprecedented 133 activations around the country.

To complement its limited edition Green Label, the Champagne House will also have its Wimbledon-themed green neoprene bottle cooler jackets available to Wimbledon guests as well as in major retail outlets.‘exclusive Cuvée’

“We know that our unique style of Champagne is liked and enjoyed by customers; and due to the demand of our neoprene bottle cooler jackets last year, we will be repeating them again this year. They are fun, collectable and cherished.”

Lanson’s limited edition White Label Sec NV bottle, in keeping with the all-white clothing rule upheld at The Championships, will also be available throughout the tournament, in addition to Lanson’s Black Label, Rosé Label and Cuvée Extra Age Champagnes.

Lanson has also created an exclusive label design of its Green Label Brut Organic Cuvée to commemorate the 150th year of the All England Lawn Tennis & Croquet Club. This exclusive cuvée will be served at 150th events throughout 2018, and will only be available to members of the Club.

Lanson’s partnership with Wimbledon follows on from the Champagne house’s sponsorship of Chestertons Polo in the Park in June, which saw its larger magnum and methuselah formats break record sales, with value sales up 7%.