González Byass has released the ninth edition of its Tio Pepe En Rama Sherry, which will be available in magnums for the first time. This year’s edition was selected from 62 casks in the cellars of La Constancia and Rebollo in Jerez. The fortified wine is described as “perfectly harmonious” by master blender Antonio Flores, and is “particularly intense” this year due to the cold, dry winter, which helped form a compact flor layer and, in turn, create a saltier, sappier fino. As well as the magnums, the wine will also be available in standard 75cl and 37.5cl bottles.

Hoping to convert Brits into sparkling Shiraz lovers, Australia’s De Bortoli has released a new effervescent expression under its Woodfired label, made with grapes sourced from vineyards at Corop, Colbinabbin, and Chinamans Bridge in Northern Heathcote, Victoria. The “intensely purple” sparkler offers aromas of “ripe, deeply-scented fruit and soft vibrant tannins, fine crimson bubbles, and balanced sweetness.” Described as a great summertime fizz, its makers believe it pairs beautifully with sweeter treats, including Christmas pudding, as well as spicy foods. 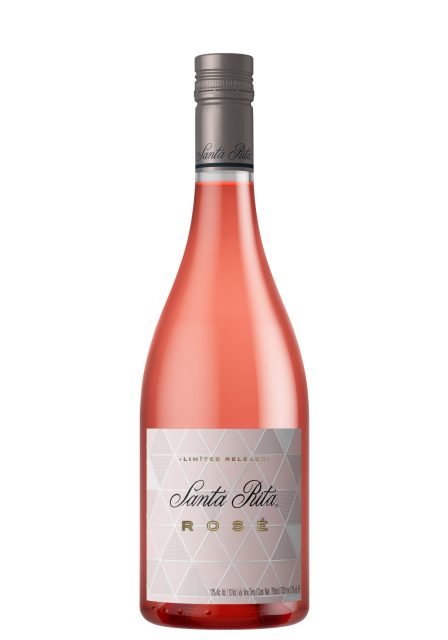 Just in time for the northern hemisphere’s summer, Chile’s Santa Rita has launched a new rosé made from a blend of Cabernet Sauvignon and Shiraz sourced from the Maipo and Colchagua Valleys.

Crafted by winemaker César Catalán, the grapes are hand-picked, de-stemmed, gently crushed, and pressed immediately, with fermentation at a low temperature to ensure maximum fruit aromas and freshness. The resulting wine is described as “fresh, fruity, and expressive, with a predominance of strawberry, raspberry, and delicate citrus notes recalling grapefruit”. 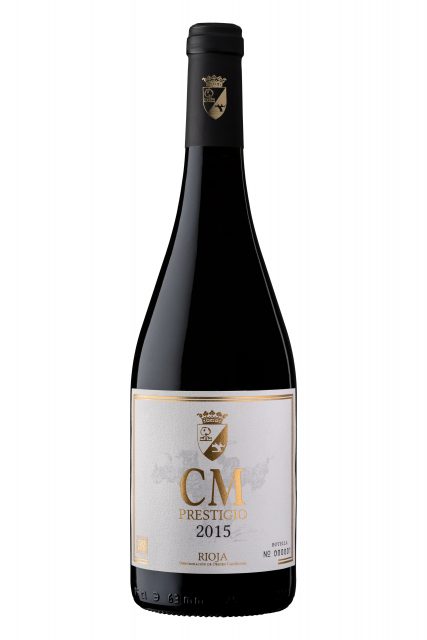 Hailing from the 2015 vintage, which was deemed “very good” by the Rioja Consejo, the CM Prestigo Rioja from Bodega Carlos Moro, based in San Vicente de la Sonsierra, is made from Tempranillo grapes grown in the chalky soils of Labastida, making use of limited batches of small grapes from vines ranging from 35 to 80 years old. Harvested by hand, grapes are fermented in French oak barrels and aged for a further 18 months in barrel, resulting in a “complex and lively wine” with an “exquisite” aroma, and a “rich, long and lingering” finish.

Création No7 by Benjamin

After a long stint in Chile, vintner Benjamin Mei has returned to his Southern French roots with this IGP Mediterranée rosé – part of a trio of wines released by Provence Winemaker, which includes an IGP Chardonnay and Merlot.

The 2017 rosé is made from a blend of Grenache, Syrah and Ugni Blanc, with grapes sourced from vineyards of up to 50 years old at 450m altitude in the foothills of the Mourre Nègre – the highest point of the Grand Luberon in Provence. Fermented for two weeks, the wine was rested on its lees for three months and can age for up to two years.

Scotland’s Tullibardine distillery has announced the global release of a Highland single malt Scotch whisky, aged in wine barrels formerly used to make Châteauneuf-du-Pape. The Murray was distilled in 2005 and bottled in 2018 at 46% ABV. Following an initial maturation period in first-fill American oak barrels, the ruby malt was then re-casked in barriques sourced from France’s Southern Rhône vineyards. Russet in colour, the new expression carries spicy and “sweet aromas on the nose, with notes of cherry and mint chocolate on the finish”. 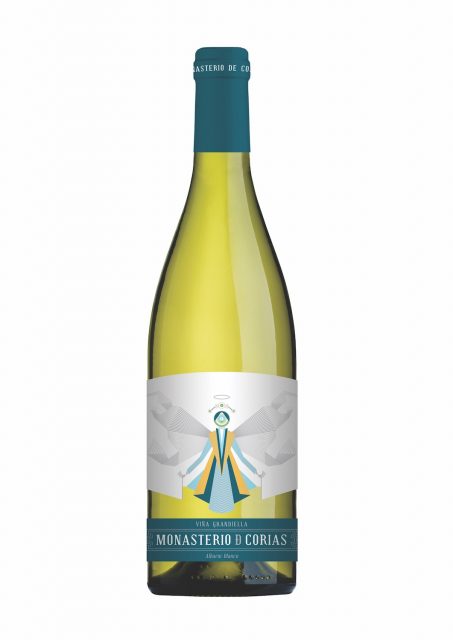 The small bodega of Monasterio de Corias was founded in 2001 on the outskirts of the town of Cangas del Narcea in south-west Asturias, Spain. Here, indigenous varieties include Carrasquín, Verdejo Negro, Albarín Negro and Albarín Blanco (no relation to Albariño), which are little known elsewhere, and come from ancient vines grown in slatey soil on the steep mountain slopes of the area. The range includes this 100% Albarín Blanco made by Monasterio de Corias under its Viña Grandiella label, launched with the 2016 vintage.

Champagne Castelnau has launched Hors Catégorie CCF 2067, the second prestige cuvée to be released as part of its premium Hors Catégorie collection. Each Hors Catégorie cuvée is a limited edition of around 3,600 bottles and are named after the toughest mountain passes of the Tour de France, of which Castelnau is the official Champagne.

From the newly founded Brittany-based cider producer Megalithes comes craft French cider La Flibuste, made from apples grown in the orchards surrounding St Malo. The 4.5% ABV cider is made with no concentrate, no added sugar, no additives, and no preservatives, and is also gluten free.

Megalithes is the vision of owner Guillaume Buisson, who has previously worked in sales for the likes of Grand Marnier, Martell Mumm, Perrier-Jouet, Gosset and Frapin. A non-alcoholic version is also planned, using the same apples but carbonating rather than fermenting the juice. 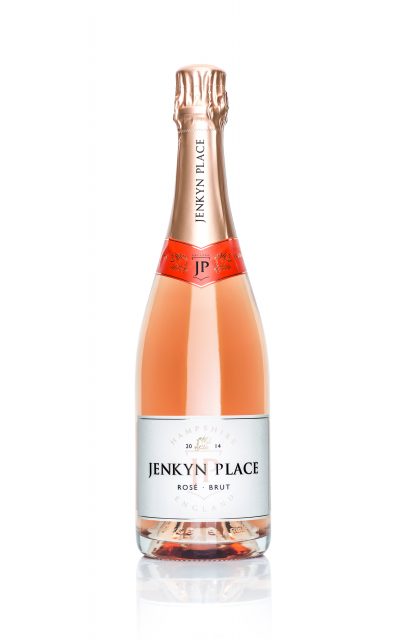 Hampshire’s Jenkyn Place vineyard has released the newest addition to its range: Jenkyn Place Rosé 2014. Made by winemaker Dermot Sugrue, who helped put Nyetimber on the map in the early noughties, the new sparkling wine is available in revamped gift boxes, with Jenkyn Place having refreshed its label design last year. Situated on south facing slopes of the North Downs in Hampshire, Jenkyn Place is run by Simon Bladon and his daughter, Camilla, and produces only sparkling wines from Chardonnay, Pinot Noir and Pinot Meunier.

McGuigan Wines is set to launch three sparkling wines into its Black Label range, which will be available to buy at UK supermarket Sainsbury’s from 27 May. Made with carefully selected grapes, the new Black Label Sparkling Chardonnay Pinot Noir is full of “fresh tropical-fruit flavours”, with a “wonderful creamy texture and clean, crisp and lengthy finish”. The classic blend of Chardonnay and Pinot Noir results in complexity and depth, while maintaining fruit flavour.

The Black Label Sparkling Rosé is a “vibrant, fruity wine with refreshing strawberry flavours and floral blossom notes”. Its sparkling Shiraz, meanwhile, offers “dark-berry flavours of blackcurrant and plum, and a touch of spicy oak and chocolate”. “Our Black Label range is renowned for its great quality and fantastic value, and has always proved hugely popular with UK consumers,” said chief winemaker Neil McGuigan. “The past year has seen a huge increase in appetite for sparkling wines of all varieties, and we’re confident that these Australian bubbles will offer something fresh and new for UK consumers.”

Neil McGuigan and MasterChef judge John Torode have joined forces once again to launch the first red in their collaboration series. Made with fruit from the Adelaide Hills, the McGuigan Torode Tempranillo offers a “complex blend of vibrant forest fruits on the nose with underlying notes of dried herbs and mocha”, while the palate “exudes berry flavours with a savoury earthiness and subtle spice”.

The third in the McGuigan Torode series, the Tempranillo follows the McGuigan Torode Rosé and Semillon, launched in 2016 and 2014 respectively. “A growing appetite for Tempranillo in the UK was our inspiration, so we explored every corner of the Adelaide Hills before finding the fruit to make our own version of this delicious variety,” said McGuigan. “Bright and approachable, we’re confident this wine fits with our shared ambition to create top quality, food-friendly wines that anyone can enjoy.” The wine will be available from Amazon from 14 May.