Gulf airline Emirates has announced the latest fine wines that will be served to its first class passengers on select routes this year, including 2004 Cheval Blanc and 1998 Margaux, as well as revealing it invested US$56 million on fine wine last year. 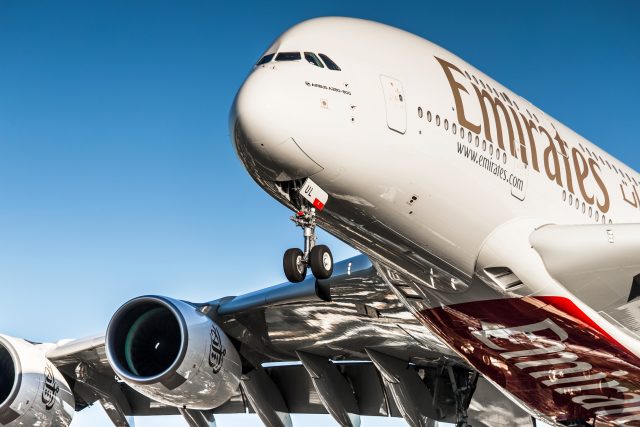 The carrier has said four blue chip clarets will be poured on various international routes this year (for limited periods): 2004 Cheval Blanc and Haut-Brion; 2001 Mouton Rothschild and 1998 Margaux, in addition to its portfolio of 80 wines and Champagnes that it has on rotation for all of its passengers.

Alongside the wines, Emirates said it has created dishes to pair with each wine, trained its staff and revamped its glassware too.

This year’s vintage collection was launched last week when Cheval Blanc’s commercial director, Arnaud de Laforcade, gave first class passengers a surprise masterclass on the 2004 and 2006 vintages at 40,000 feet on a flight to Paris.

The wines were all acquired en primeur by Emirates and then stored at its cellar in Burgundy where it currently holds a reported 4.7 million bottles of wine.

The airline has been investing in fine wine – especially Bordeaux – since 2006 and then storing its purchases to serve to clients when they reach “optimal maturity” – with some stocks currently being held not expected to be served in-flight until the late 2020s at least.

Last year the airline spent US$56 million on fine wine and since 2006 has invested a total of $780m.

Joost Heymeijer, senior vice president of Inflight Catering for Emirates, commented: “We went direct to the winemakers, handpicked these vintages and then cellared them for up to 15 years in Burgundy before we decided they were ready to be served. It has taken a great deal of patience, investment and long-term planning. Our aim has always been to surprise and delight our customers and they are in for a treat with this selection.

“Every effort was taken to present the wines from the Emirates Vintage Collection in the best possible way. We spent time training our cabin crew, redesigning our glassware and creating a food pairing menu to ensure that when you savour these great wines on board, it’s no different than the best restaurant in the world’s top cities.”

For those lucky enough to travel first class on Emirates this year: