‘Dream’ Burgundy collection to be offered in HK

Sotheby’s is to offer over 200 lots of top Burgundy from the cellar of a dedicated collector this June in Hong Kong – a city now completely gripped by Pinot fever. 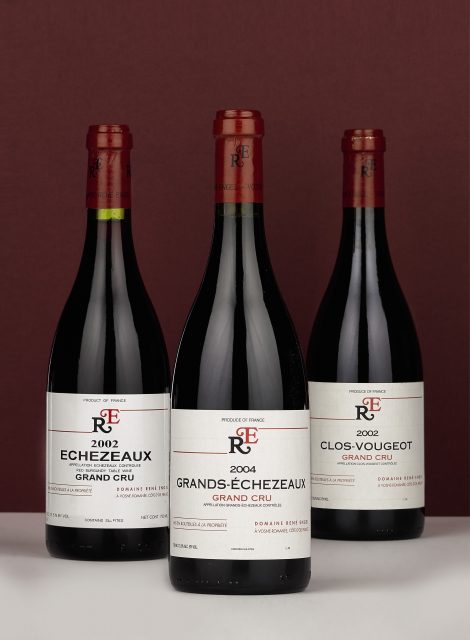 A further sign of the ever-growing importance of Burgundy at auction, especially in Hong Kong and Asia-Pacific which was formerly such a bastion of Bordeaux, the sale is taking place on 9 June.

Among the wines to be offered are the current titans of the Burgundian domaines at auction Domaine de la Romanée-Conti and Armand Rousseau as well as Domaine du Comte Liger-Belair, Comte George de Vogüé, Leroy and Coche-Dury.

There is also a collection of some of the very last vintages made by the famous René Engel from his grand cru holdings.

Adam Bilbey, Sotheby’s Asia head of wine, said: “We are thrilled to present this dream cellar of Burgundy’s finest in a city that shows an insatiable thirst for these wonderful wines. Asian buyers claim 58% of Sotheby’s worldwide wine sales last year, and we will continue to drive the growth in this thriving market.”

Richard Young, vice president and senior specialist at Sotheby’s, added: “It is a great privilege to work with the consignor who has an endless pursuit for only the best bottles.

“The selection of wines in this auction shows a rare discipline, focusing on and following only a few Burgundy domaines. This is a collection not to be missed by Burgundy lovers, both experienced and those who are beginning their journey.”

The leading reds on offer are heavily skewed towards the Côte de Nuits, especially the grands crus of La Romanée, Romanée-St-Vivant, Richebourg, Chambertin (and its Clos de Bèze and Clos St Jacques of course), Musigny, Echézeaux and Clos Vougeot.