Scientists in California have developed a method enabling them to produce a beer without the use of hops, or the vast amounts of water it takes to grow them, raising questions on the environmentally-friendly future of beer production. 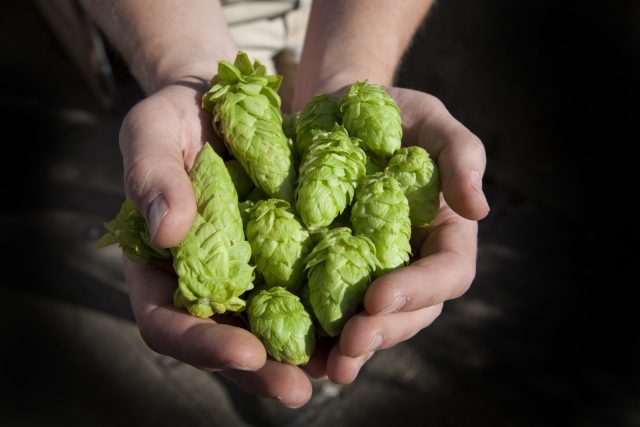 Researchers at UC Berkeley have instead found a way of engineering a strain of yeast that not only ferments the beer, but imparts the flavours traditionally provided by hops – the dried flowers of a climbing plant – eliminating the need for them in a brew.

Not only do hope require a lot of water, management, agricultural land, but the environmental impact involved in their transportation is huge, and are expensive, notes Charles Denby, one of two first authors of a paper appearing this week in the journal Nature Communication. Hops’ flavorful components also change year to year, much like wine grapes, and so standardized yeast would allow uniformity of flavor.

These impacts could be avoided by using yeast to make a hop-forward brew instead of cultivating hops.

“I started home brewing out of curiosity with a group of friends while I was starting out in Jay’s lab, in part because I enjoy beer and in part because I was interested in fermentation processes,” he said. “I found out that the molecules that give hops their hoppy flavor are terpene molecules, and it wouldn’t be too big of a stretch to think we could develop strains that make terpenes at the same concentrations that you get when you make beer and add hops to them.”

The engineered yeast strains were altered using a gene-editing tool invented at UC Berkeley, and were produced by inserting four new genes into industrial brewer’s yeast. This includes linalool synthase and geraniol synthase, which in this case were taken from mint and basil, and code for enzymes that produce flavor components. The two other genes were from yeast and boosted the production of precursor molecules needed to make linalool and geraniol, the hoppy flavor components.

In double-blind taste tests, employees of Lagunitas Brewing Company in Petaluma, California, said beer made from the engineered strains were “more hoppy” than a control beer made with regular yeast and Cascade hops.

“My hope is that if we can use the technology to make great beer that is produced with a more sustainable process, people will embrace that,” said Denby.