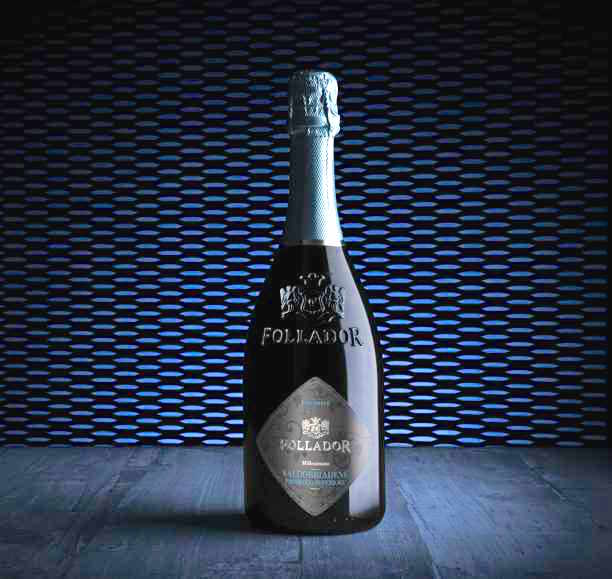 The new sparkler is described as having “an important, harmonious structure” with aromas of “green apple, pear, lime, citrus and fresh flowers”.

According to the brand, it is a wine “that represents the excellence of the territory.” While it is being aimed at those who favour dry wine, the brand states that it will “conquer even the palates more accustomed to extra dry” style Prosecco.

Like the producer’s other wines, the Brut Nature has been made using the Gianfranco Follador Method. The method employs the Krios system which uses inert cryogenic gas to reduce the temperature of grapes, removing the air from crushed grapes and eliminating the unfavourable effects of oxygen on the wine in the pressing phase.

This process has allowed Follador to reduce the level of sulphites used in its wines by 30%.

Claiming to be the first producer in Valdobbiadene to experiment with the Krios system, Follador has now trademarked the entire process under the name the ‘Gianfranco Follador Method’.

From the 2017 vintage, all of Follador’s Proseccos, produced across four DOCGs in the Valdobbiadene area in the ‘Torri di Credazzo’ Cuvée, Cartizze, Brut and Extra-Dry categories, will undergo the Kyros system.

Speaking to the drinks business last year at ProWein, Cristina Follador, sales and marketing director, said: “The first time we used the Krios system was in 2015 for select wines and 2016 as well, and now it will be applied to all of the must.

“The consumer likes the quality but if you tell them that it’s also more natural it’s better. People like to look after their health much more than in the past. So we have worked very hard to provide that.

“We were the first to do this but when something is good there will be others. That’s fine as it means we have followers”.