Cos d’Estournel has announced it will be selling the remaining 98 double magnums of its limited edition ‘Cos100’ for €23,000 a bottle. 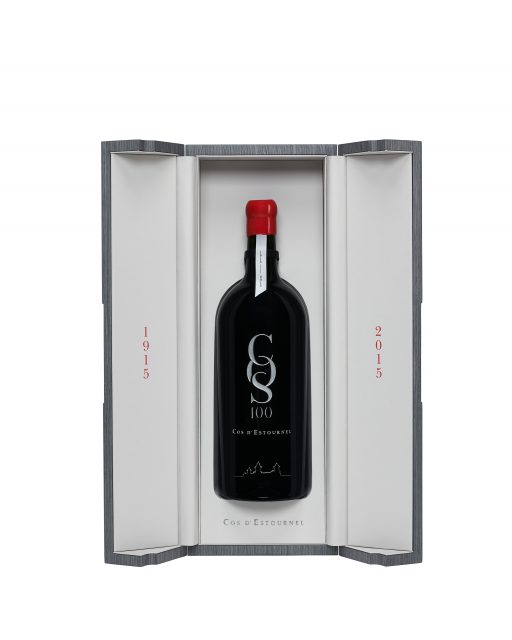 Launched in January this year, the limited edition wine from the 2015 vintage was produced from a centennial plot of Merlot vines at the Saint-Estèphe estate known as the ‘Parcelle des Femmes’ after the women who planted it while the First World War was at its height.

Two Balthazars and two magnums were auctioned by Sotheby’s at two sales, one in New York on 28 February and one in Hong Kong on 10 March.

Together they raised €325,000 for the charitable organisation, Elephant Family which works to protect Indian elephants.

Now, the remaining 98 double magnums are being offered to private buyers exclusively from the domaine for €23,000 a bottle.

Packaged in a specially engraved bottle, individually numbered and each with its own presentation case, the second growth has described them as “a true collector’s piece” which will have “extraordinary ageing potential” thanks to its large format bottling.

Cos d’Estournel’s owner, Michel Reybier, said: “I created COS100 to pay tribute to our terroir and the women of the estate who planted these vines more than one hundred years ago, guaranteeing the longevity of Cos.

“A symbol of transmission, COS100 is a unique wine nurtured over several generations, a powerful link between the history it embodies and its promise for the future. I am immensely proud to present this exceptional wine as a testimony of our permanent quest for excellence that fosters the legend of Cos d’Estournel.”