Australian craft brewer East 9th Brewing has filed a trademark application for ‘the colour of beer’ to celebrate the launch of its latest brew.

The brewery, based in the St Kilda suburb of Melbourne, claims its latest beer ‘Doss Blockos The Colour of Beer’ is the first beer which is actually the colour of beer™.

Co-founder Benjamin Cairns told The Sydney Morning Herald that the paperwork was legitimate.

“We hope this will revolutionise the way we think about beer. We have lodged all the paperwork and trademarked the actual Pantone colour,” he said.

He added that the application, which was filed a month ago, is an “ironic wink at the stupidity of ownership by corporations”. 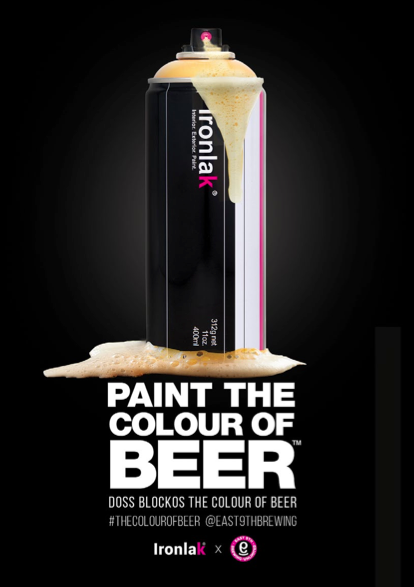 East 9th have teamed up with Australian street art suppliers Ironlak to identify the colour of beer. Ironlak has also released a spray paint can filled with beer-coloured paint.

Quite how serious the application actually is, remains to be seen. Companies such as Cadbury and BP have both previously tried to trademark the colours used in their branding, but without success.

Chris McNamara, executive officer of the Independent Brewers Association, told the Sydney Morning Herald that, if approved: “It would certainly cut down on what we would see as the sharing nature of our industry.

“Knowing what I do about East 9th Brewing they seem more a brand that might want to take the piss out of the larger guys. It does have implications for the rest of the industry if it was to get through,” he added.