Twin River Distillery in Aberdeenshire has launched what it claims is the world’s strongest gin called ‘Uncut,’ bottled straight from the still. 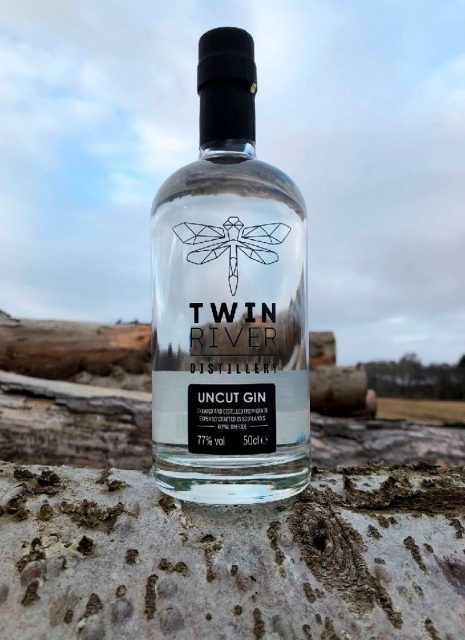 The gin comes in at a rather potent 77% ABV, 1% stronger than Strane London Dry Gin, produced by a small Swedish distillery, which was thought to previously hold the title.

The distillery in Banchory has released a small batch of just 101 50cl bottles which will be launched at the Gin Festival: North East on 9 and 10 February at Thainstone House in Inverurie.

It could be argued that Bombay Sapphire unwittingly took the title last May when a batch of its gin, usually weighing in at 40% ABV, was recalled by the Canadian Food Inspection Agency after it was found to have an alcohol content by volume of 77%.

Twin River Distillery was founded last year by the team behind Deeside Brewery and produces both gin and ultimately whisky. For its gin – it also makes a rhubarb Old Tom – it produces its own base spirit before adding in the botanicals.

Ryan Rhodes, brand ambassador for Twin River said: “By developing Uncut, we really wanted to push the boundaries – but obviously ask people to enjoy it sensibly.

“You have to appreciate that most gins are 40-50% ABV so care must be taken when drinking this spirit and a small amount definitely goes a long way.

“To enjoy the punchy flavour profile, it’s best to sip it over ice with a twist of lemon. Our first edition Naked Gin has a strong undertone of juniper which many of our customers love; the fact we make it from scratch in our distillery gives it that extra feeling of provenance that a craft gin should have”.