As the the bag-in-box movement gains momentum in the wine industry, pink gin brand Pinkster has unveiled a 3-litre carton of its raspberry-infused gin priced at £135. 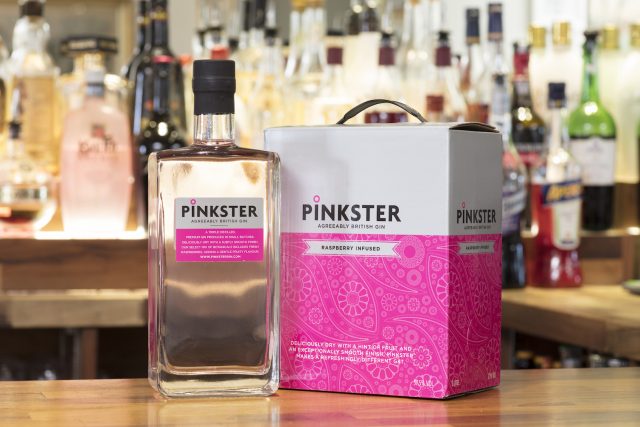 The gin brand states that the move is inspired by the need to drive sustainability in the spirits sector. The new packaging, which is fully recyclable, will be aimed at both the on- and off-trade channels and especially targeted at the upcoming summer events market.

Pinkster has already committed to reduce waste by recycling “inebriated raspberries” left over from the gin production process and transforming them into jars of boozy jam and gin-soaked garnishes.

Stephen Marsh, managing director at Pinkster, said: “Bag-in-boxes have been enjoying a renaissance in the wine world, with many retailers reporting a surge in sales, and we see no reason why this shouldn’t be the case with spirits.

“Pinkster on Tap is all about convenience and sustainability delivered in an eye-catching, stylish format. Rather than ordering bottle after bottle, the on-trade can now refuel in an environmentally friendly fashion and save a few pounds in the process.

“We’ve tested the concept with selected accounts and initial feedback has been mighty positive. It’s time for bag-in-boxes to shed their rather negative and passé perceptions, and we’re proud as a premium brand, to be leading the way on this”.

Pinkster’s 3 litre (4.3 x 70cl bottles) bag-in-box gin will retail for £135, equating to a £15 saving if you were to buy the equivalent volume in glass bottles.

Marsh has said that the launch is particularly targeted towards the summer events market.

He added: “From Glastonbury to Glyndebourne, we’re excited about the potential of summer festivals, offering people a fun, practical way of enjoying their G&Ts. Especially given pink gin seems to be the drink of the moment.

“Similarly for the sailing fraternity, summer picnics, and other outdoor activities, where glass is either frowned upon, banned or you simply don’t want to lug around clunky, heavy bottles.

“With consumer drinking and purchasing habits changing, we’re always looking at new ways to stand out from the pack”.

It is estimated that bag-in-boxes create 85% less landfill waste than traditional glass bottles and are 35% lighter and 44% smaller in size on average than glass.

An annual food and drinks trend report released last year by UK retailer Waitrose predicted that this year, we would see more wines being launched in bag-in-box. Sales of bag-in-box wines surged 212% at Amazon last summer, a trend that gin producer Pinkster is hoping to capitalise on.

Pinkster launched its pink gin back in 2013 and along with fellow pink gin brand Edgerton, which launched in 2011, was one of the pioneers of the category.

Pink gin has been growing in popularity in recent months. Last July, Gordon’s Pink Gin was launched in the UK by Diageo while Beefeater also joined the pink gin party this month with a strawberry infused sip.