As it rolls out its new Gordon’s Pink Gin across the UK, Diageo has said it expects it to become a “massive” brand as the gin category continues to grow. 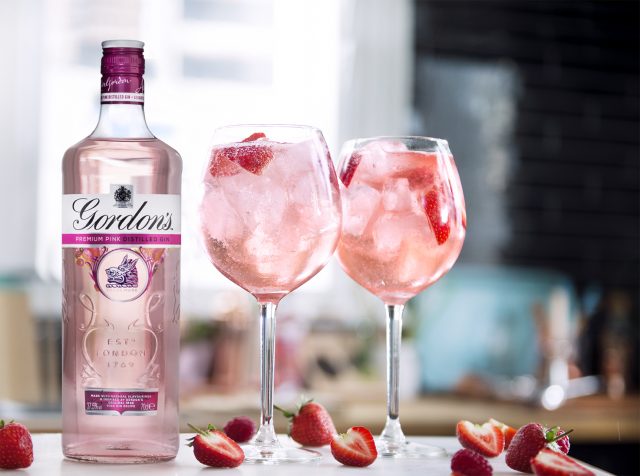 The new gin was launched exclusively with Tesco at the end of July and has gradually been rolled out across the UK in the succeeding months.

Last week at the Diageo Winter Press Briefing, Chris Brooks, senior innovation commercialisation manager, said that although the brand was only introduced recently and thus there was no concrete sales data, “we have doubled our sales ambitions,” in the short time it has been out.

This positive start and the on-going growth in the gin category has led Diageo to believe the pink Gordon’s “will be massive,” continued Brooks.

“Gin is the fastest growing category in spirits and pink gin is ideally placed [to capitalise on consumer interest], and it’s from a brand consumers already know and trust so it’s a low risk innovation for them.”

Diageo is hardly the first drinks company to bring out a pink-hued gin; Pinkster, Edgerton’s, Eden Mill, Burleigh’s and Chase are all among those who have released pink gins.

It should be noted that pink gin in this instance does not refer to a ready-made ‘classic’ pink gin, where a dash of Angostura bitters is added to a gin & tonic, rather it refers to gins that have been flavoured and/or coloured with raspberries, strawberries, redcurrants and so on, giving the resulting drink a light pink ‘blush’.

Also speaking at the briefing was Diageo’s general manager for Great Britain, Ireland and France, Charles Ireland, who stressed the importance of innovation in helping drive the group’s continued positive performance, calling it “vital to the health of Diageo and the market overall.”