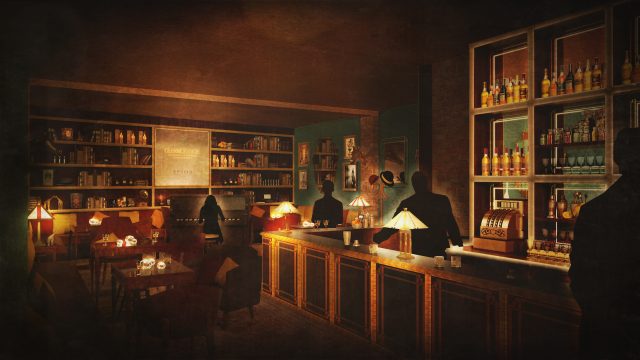 The Prohibition era pop-up coincides with the launch of Glenmorangie Spìos, the ninth release in the distillery’s Private Edition range.

Named after the Gaelic word for ‘spice’, Glenmorangie Spìos is the first single malt Scotch to be entirely aged in American ex-rye whiskey casks.

Adding to its clandestine character, guests enter the bar via an apothecary-style spice shop, where they will be greeted by a spice seller offering an array of exotic delights. The bar itself is accessed via a hidden entrance inside the shop.

Among the Prohibition era cocktails on offer will be the High & Rye, made with Glenmorangie The Original, ginger, pineapple and a rye beer float.

Also on pour will be the Bloodstone, a twist on a Blood & Sand made with coffee-infused Glenmorangie The Quinta Ruban, Rubino and Cocchi Torino; and the Chapel St Sour, which blends Glenmorange Nectar D’Or, Rinquinquin, lemon and toasted coriander seed.

Glenmorangie tasting flights and will also be available for those keen to compare how the Scotch tastes depending on its cask finish, from Sherry and Port to Sauternes.