Danish brewery Mikkeller has joined forces with Lokale Rødder to release two types of organic beer crisps: one flavoured with yeast and smoke, and the other with malt, yeast and hops. 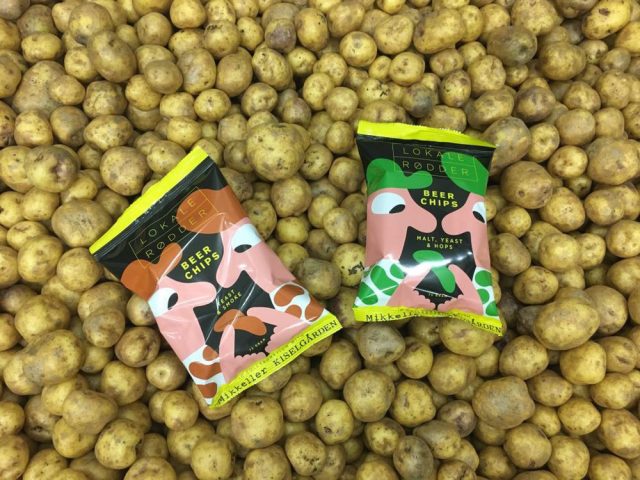 In what has been described as “a meaningful project”, Lokale Rødder (Local Roots in English) a Danish crisp company founded in 2015, has created a potato crisp “with a clear reference to the universe of beer and a distinctive character”.

Both crisp varieties are made with hot-pressed Swedish rapeseed oil and organic Tivoli potatoes.

The first variety, ‘yeast and smoke’, is described as “a distinctly tasteful chip with a clear note of smoke, pepper and cocoa”. The other, ‘malt, yeast and hops’, uses all the classic elements of brewing.

According to Lokale Rødder, the main challenge was the “violent bitterness” of the hops which was “extremely difficult to control”. In the end, they put the Simcoe hops in a dehydrator to help the flavour extraction.

The malt also proved tricky, with the crisp company finally opting for ‘dark spray malt’ due to its texture. The addition of organic yeast flakes also gives the crisps “a deep umami and almost cheesy flavour”.

After experimenting with a total of 23 mixtures, Lokale Rødder finally decided on the winning formula.

The Mikkeller x Lokale Rødder Beer Chips are available in all bars in Mikkeller bars in Copenhagen and Aarhus from 13 January as well as online here.

Starting out in Denmark, Mikkeller now has sites in countries including the US, Japan, Singapore, Spain and Germany.