Capitalising on the growing global thirst for rosé, the Pink Rosé Festival will return to the Palais des Festivals in Cannes next year celebrating all things pink.

Taking place from 7-9 February in the famous town on the French Riviera, best known for its film festival, 2018’s Pink Rosé Festival follows on from its successful launch this year, where the pink carpet was rolled out for attendees.

This year’s event, which took place at the Palais des Festivals on 15-17 February, featured rosé wines from 62 different producers around the world and was attended by international wine buyers and journalists. 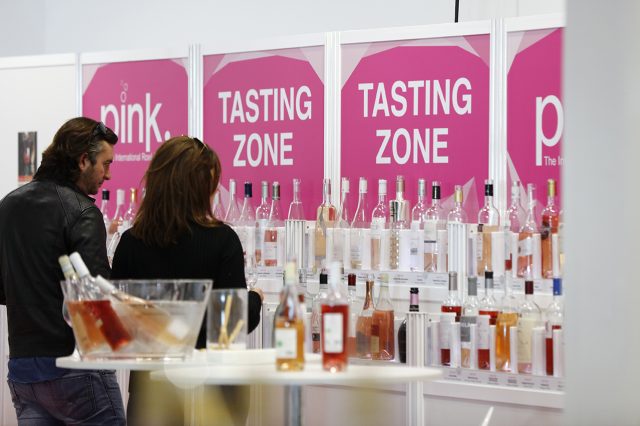 Prior to the 2018 edition, the show was promoted via a Pink Rosé Lounge at ProWine Shanghai earlier this month.

Next year’s show will bring together over 100 producers from across the globe, including estates from France, Italy, Spain, Israel and even Romania.

With the 2017 harvest in Europe significantly down on 2016, organisers of the show promise that the event will help buyers keen to secure next year’s rosé allocations an avenue to do so through meetings with key global players.

The festival will feature a Tasting Zone, where buyers can sip their way through rosés from each of the producers present at the show in their own time.

It will also include masterclasses on different topics affecting the rosé category, and will culminate in the Pink Awards ceremony, where prizes are handed out for the rosés that came top in a rosé and food matching competition judged by local chefs and sommeliers.

The Pink Rosé Festival was founded by Laurent Fiore, director of Beyond Exhibit.