London wine club 67 Pall Mall has re-opened its membership for the first time since 2015 following the opening of a second floor expansion at its Sir Edwin Lutyens’ building in St James’s, doubling its seating capacity.

The new space has allowed the club to add a further 96 seats for its members – roughly double the current number – and will take the legal capacity of 67 Pall Mall from 225 people to 375. Its total membership meanwhile will be allowed to swell to 2,800.

It features an additional wine bar, The Club Room, allowing the club to add an additional 400 wines by the glass to its repertoire, taking the total across the venue to 800, delivered using Coravin’s wine access system, alongside the club’s full list of over 4,000 wines, curated by 67 Pall Mall’s Master Sommelier, Ronan Sayburn MS.

This year, the club, as previously reported by the drinks business, 67 Pall Mall is expected to launch a new wine list this year that will comprise 5,000 different lines, ensuring that the club has the largest wine selection of any on-trade establishment in the UK.

Venturing beyond wines, the new space will also also features a bar just for spirits, dubbed ‘The Naughty Corner’, along with a new private dining area called The Marlborough Room, overseen by the Club’s head chef, Marcus Verberne. Here, members will not need to book in advance or wear a jacket, offering a less formal space to its members.
The expansion officially opened on 31 October, and has enabled the club to accept new “full” Members for the first time since membership of the club closed in May 2015.

Members are able to store up to two cases of  personal wine in the Club’s cellars to enjoy by the bottle in the Members lounge as and when they please. At the heart of the club’s cellars is the Chatwood “Invincible” Strongroom. Built in 1934 for Hambros Bank, this safe has been refurbished to be the most secure facility for the storage of ﬁne wine in central London and is home to the club’s finest and rarest wines. 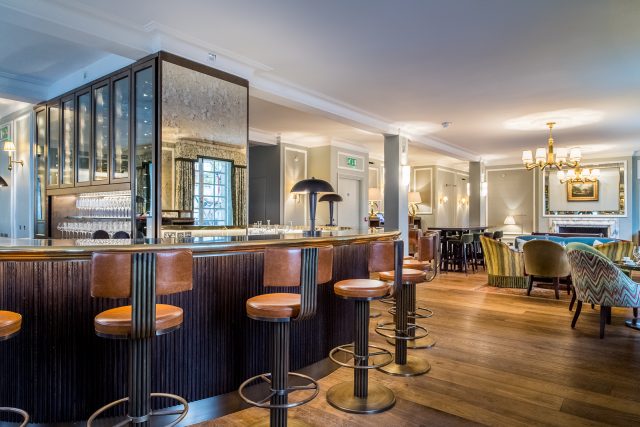