Most expensive whiskies sold at auction

As hammer prices for rare Scotch and Japanese whisky soar ever higher, Mark Borgman of auction site Catawiki rounds up the most expensive whiskies in the world. 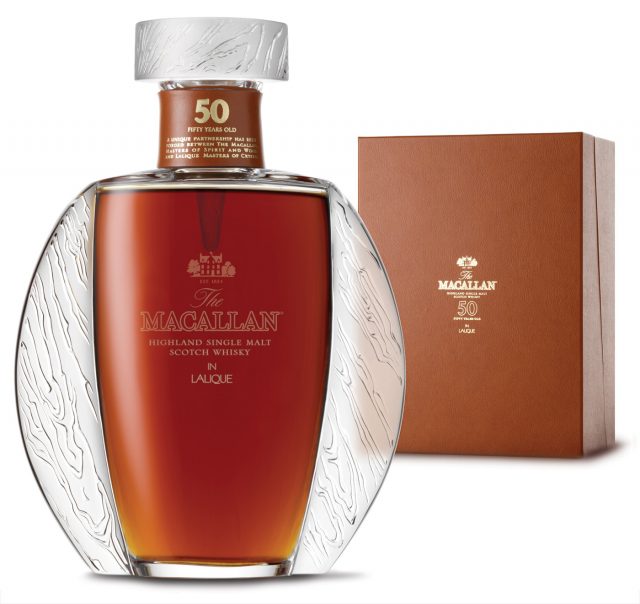 As hammer prices for rare Scotch and Japanese whisky soar ever higher, Mark Borgman of auction site Catawiki rounds up the most expensive whiskies in the world.

First released in 2006, there were only 470 Lalique decanters bottled with many being opened and enjoyed soon after they were released, meaning the number of bottles remaining is exceptionally lower than many realise and the rarity a lot higher.

Some of the casks used to fill the eye-catching decanter are much older than the stated fifty years. Due to its sell-out success, there are more Lalique Macallans are in the pipeline – we’ve had a tip off that the next release will be a 55 year-old. 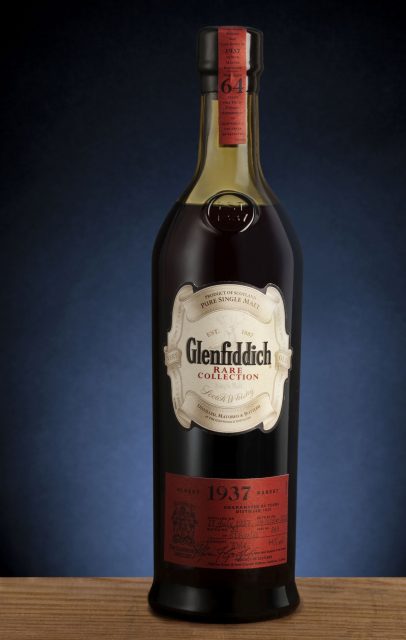 Aged since 1937, according to its makers this whisky is a “rich walnut colour with hints of cinnamon, cloves, cedar and toffee”. As only 61 bottles were ever produced, the 1937 is highly sought after – the £68,500 hammer price was the largest amount ever paid at auction for a bottle of Glenfiddich, setting a Scottish auction house record for the sale of a single malt. 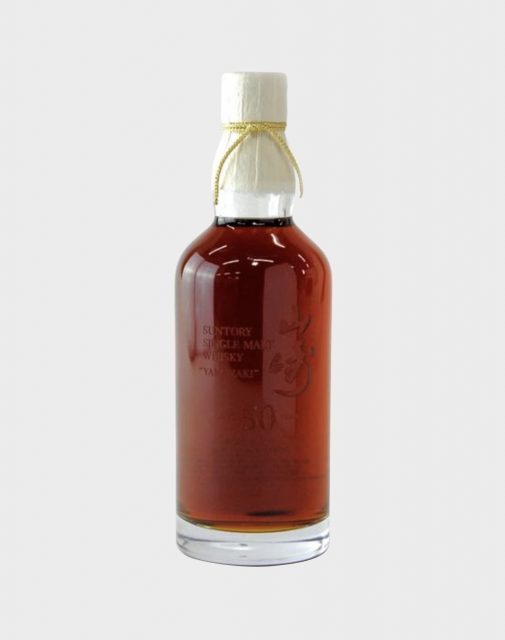 This single malt whisky, once an auction house world record holder, was one of fifty released by Suntory in 2005. It gained its “richly sweet and mature” expression and “hints of sweet-sour dried fruits, silky mouthfeel, and lingering smoky aftertaste,” through being matured in a Mizunara cask for half a century. 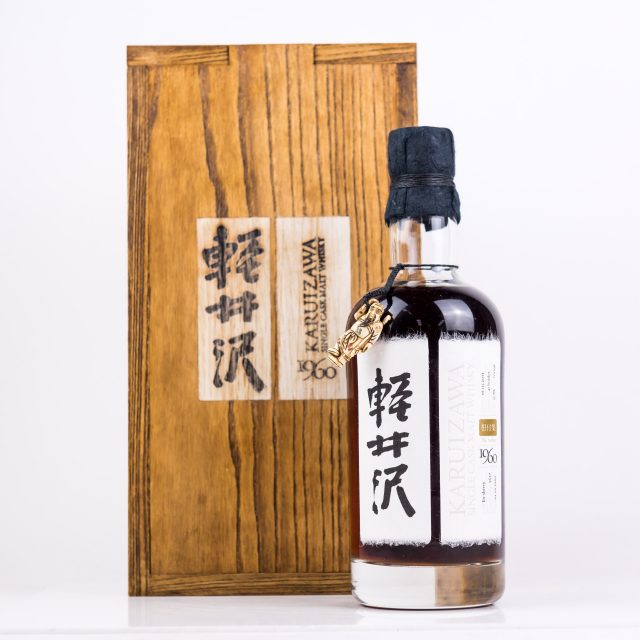 The Karuizawa Distillery was founded in 1955 in the foothills of Mount Asama – an active volcano. Karuizawa is the highest distillery in Japan at 850m above sea level. This 52-year-old expression was distilled in 1960 and matured in cask for 52 years before being bottled in 2013.

Each of the 41 bottles ever made are individually named and adorned with a matching carved figurine strung around the bottle’s neck. The bottle sold through WhiskyAuctioneer.com is called ‘The Archer’, and features a Washi paper label hand-painted in Japan.

Setting new UK and European records for the most expensive single bottle of Japanese whisky sold at auction, this Karuizawa has assured its place in whisky history as one of the oldest and rarest Japanese whiskies ever sold. 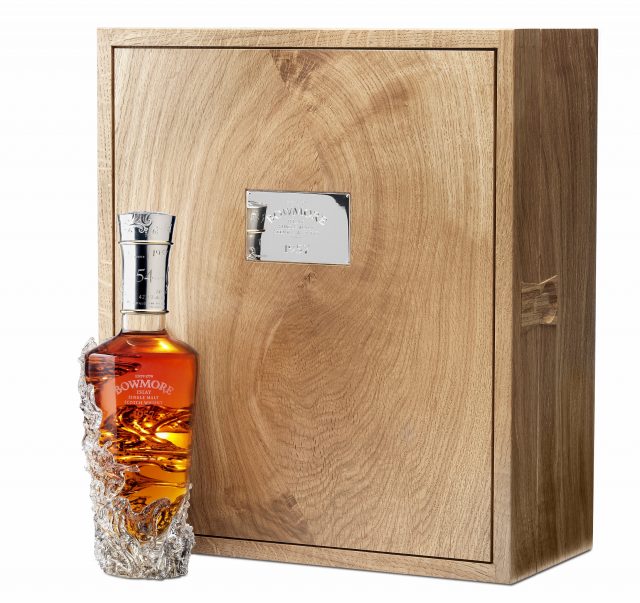 This whisky is the oldest and rarest to be released from the Isle of Islay, off the west coast of Scotland. Only a dozen bottles were produced, and each were individually hand blown to suppress the bombardment of waves that crashed against the distillery. Distilled in 1957 and bottled in 2011, the whisky comes from the cask that was held back among a collection of 1957 casks bottled in 1995.

Bottle number 1 of 12 famously failed to meet its £100,000 reserve price at Bonhams in Edinburgh back in 2012, but got snapped up by an anonymous American in 2015. The net-proceeds from the sale went to five Scottish charities.

Who: Bowmore distillery in Islay 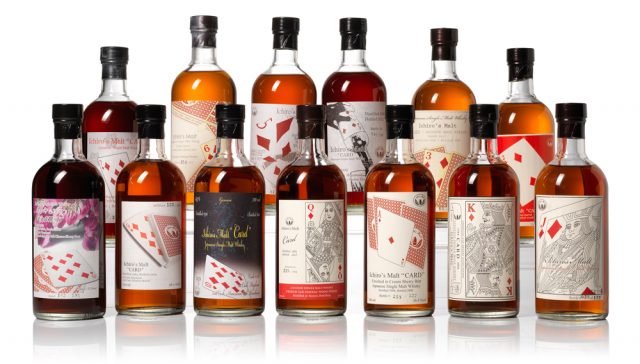 This year has been a golden one for whisky sales, proving the global thirst for rare drops is showing no sign of slowing. Just last month Ichiro Hanyu’s popular Card Series collection of Japanese whiskies sold for a staggering £344,686 at Sotheby’s in Hong Kong.

The 54-bottle collection, representing each card in a deck, was the top lot at the auction. The whiskies hail from Hanyu Distillery, which was once one of the most renowned in Japan. Having closed in 2000, bottles in the Card Series are incredibly hard to get hold of and entire collections as rare as unicorn tears. 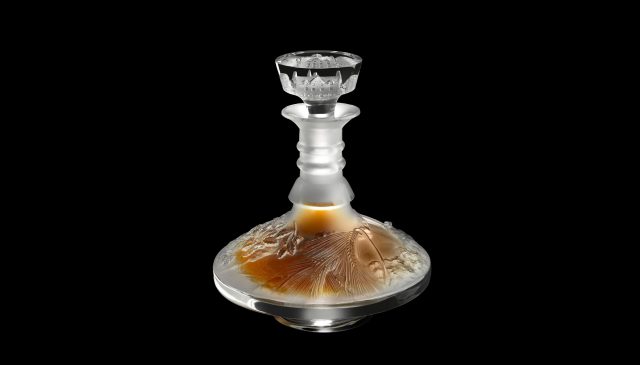 “We had a phenomenal response around the world to this very special and rare decanter and I feel it is a fitting tribute to the inspiring project which managed to raise a staggering amount for charity: water,” said David Cox, director of fine and rare whiskies for The Macallan, at the time of the sale. 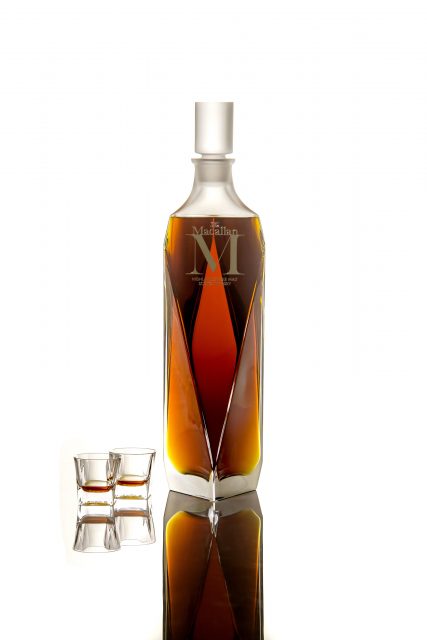 Seventeen craftsmen spent over 50 hours to create just one bottle of this whisky and only two out of a stock of four were ever made available to the public, which probably has something to do with the Macallan “M” being the most expensive whisky ever sold at auction, netting £477,405 at Sothebys Hong Kong in 2014.

Christened, Constantine, the giant decanter, sold to an anonymous bidder, is the only one of the four to feature the engraved autographs of the three principal creators: Lalique’s Silvio Denz, Fabien Baron and Bob Dalgarno. 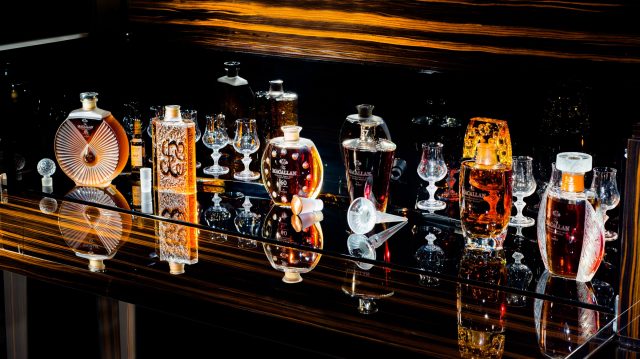 The mac daddy of whisky sales came in April this year when the six strong Macallan in Lalique Legacy Collection sold for £752,634 at Sothebys in Hong Kong. The set of six crystal decanters contain rare Macallan’s single malts aged between 50 to 65 years old and come housed in a bespoke ebony cabinet.