Paillard: ‘You’d have to be as stupid as Trump to deny global warming’

Champagne producer Bruno Paillard has said that anyone in the wine industry who denies the effects of global warming is “as stupid as Donald Trump”. 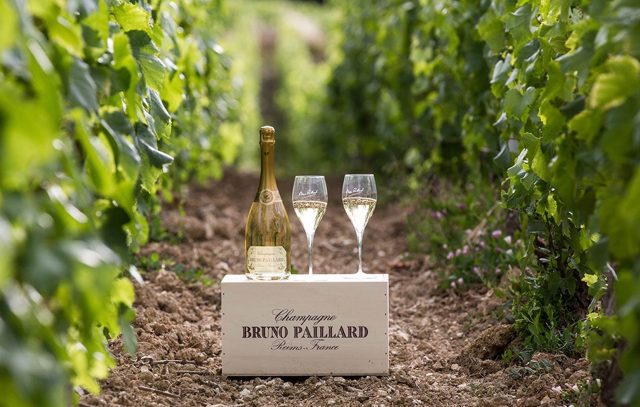 Speaking to the drinks business during the launch of the 2002 vintage of his prestige cuvée Nec Plus Ultra (meaning the perfect example of its kind), at Mark’s Club in Mayfair, Paillard said:

“Global warming is happening for sure and you’d have to be as stupid as Donald Trump to say that it isn’t. It’s frightening for the next generation as the weather is getting harder and harder to predict.

“I’m making wine differently today than the way I was 30 years ago – we used to always pick in October back then. But I like the variety of the vintages – it would be very boring if we were making the same wines every year.”

But while variety brings interest, it also brings challenges and Paillard admitted that he wont be making Nec Plus Ultra from 2017 as the Pinot Noir wasn’t good enough.

“This year began too warm and then we had the spring frosts so it started with reduced hopes of around 25%, but frost has no effect on quality, only quantity,” he told db, comparing 2017 to 2003 due to its similarly hot summer.

Inconsistencies with the weather is also putting him off investing in England.

“I’ve been offered the chance to buy land in England to make English sparkling wine but I’m not so sure about the climate – the big problem is humidity and I wouldn’t know how to answer that question without chemicals,” Paillard said.

One of his most passionate plights is for a fixed resting time after disgorgement to become mandatory in Champagne.

“I was mocked and criticised by wineries about my insistence to put disgorgement dates on my labels by people who think it doesn’t mean anything to customers, but it’s very important to me.

“Wine needs time to rest after disgorgement. I’d like to make it mandatory in Champagne. Cellar workers describe disgorgement as ‘an operation’, and in a sense it is, as the bottles are alive and full of life,” Paillard said.

“You have to cut them open, remove the sediment and close them up again – it’s like an operation and you need time to rest after surgery.

“The older the wine the longer time it needs to rest after disgorgement – bottles need six months, magnums 10, vintage wines need a year and prestige cuvées three years. I really think this would improve the overall quality of Champagne,” he added. 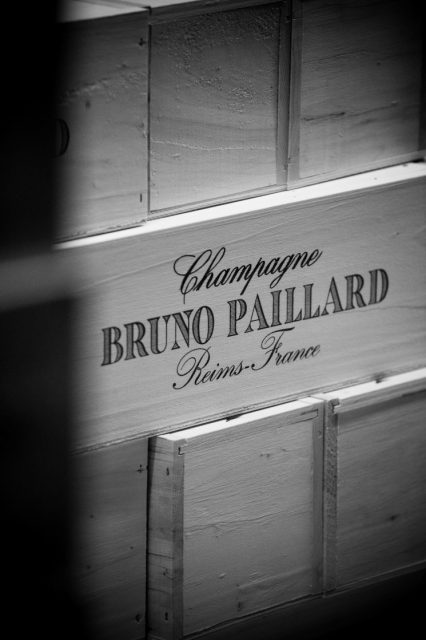 On the subject of old Champagne, Paiilard believes that it should be treated with the respect that it deserves.

“You should drink mature Champagne when you have the time and the right glassware and serve it at the right temperature. It has lived through so many things so it can deliver little by little. A wine that has received a lot can deliver a lot over time,” he said.

“You should always leave a drop in your glass and smell it the next morning – it’s extraordinary what a wine can deliver over night,” he added.

He went on to explain that he was lucky enough to have access to old Champagne as a child as his father was a big collector.

“We used to drink 1928 every Sunday as it was my father’s birth year. I remember drinking a 1914 once as my father was fascinated by the war and wrote a book about World War One. It was an emotional experience,” Paillard revealed.

As for the flute vs wine glass debate currently raging in Champagne, Paillard sees no problem with the former if they are used for young sparklers.

“Flutes are fine for younger wines. It’s beautiful to watch the lively bubbles in the glass and is part of the visual component of Champagne, but a great Champagne needs a bigger glass,” he told db.

“Some of my colleagues in Champagne are very attracted to the flute, which is fine – it’s their right,” he added.

A relative newcomer in the Champagne game, Paillard said he feels like he’s been embraced by the Champenois but that it’s a different game today.

“It was a lot easier back then to start a brand and convince growers to sell their grapes to you. It’s much harder to do the same thing now.

“There are some new people coming in but just because you have money doesn’t mean that you’re going to make a great Champagne,” he said.