The Co-op rolls out wine pouches and smaller formats

UK retailer The Co-op is set to expand its range of smaller formats and embrace new formats in order to boost the options for convenience shoppers, it has revealed. 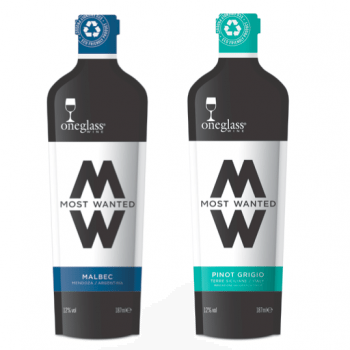 Speaking to db in an exclusive interview recently, BWS boss Simon Cairns said the strategy was to tap into the opportunities presented by the growth in convenience and mid-week shopping, and prevent consumers turning to beer or cider to satisfy their desire for a drink without blowing the budget.

“A big area of focus for us is fractional bottles as 750ml bottles are not ideal for convenience,” he told db. “There hasn’t been enough innovation in convenience and midweek – it’s a more measured consumption driven by desire and budget,”

“But it is something I’m excited to explore in a more meaningful way,” he added.

Last month the retailer rolled out Most Wanted’s innovative single-serve wine pouches across 598 stores nationwide, which have been designed to tap into the on-the-go market and appeal to younger consumers. Available as either a Sicilian Pinot Grigio or a Mendoza Malbec, the new 187ml pouches come on an innovative clip strip (RRP: £2.49).

As revealed by db, the single serve pouches were launched by Off-Piste Wine in April and made their debut at the London Wine Fair. The specially-commissioned foil-lined bottle-shaped pouches were developed by producer Oneglass in Northern Italy and trialled in a 187cl format, having been changed from the original Oneglass 100ml size that was deemed to be too small for the UK market.

“It’s exciting as something new. If it had been easy, one would have done it before,” Cairns added.

Cairns pointed out that a consumer buying lunch or a mid-week dinner for themselves would have a budget in mind, and wine formats needed to fit into this. “If you have to buy a 750cl to satisfy your need for wine at that occasion, you’ve blown most of your budget, so the default entry point into alcohol is a bottle of beer or cider as it fits into the mission in terms of price point,” he explained.

The move towards stocking more fractional bottles and innovative formats was about saying confidently, ‘this is the right format’ and allocating space to make it obvious and a credible alternative to the consumer, he said.

“You can’t just put a product in there and hope it works. It is similar to craft beer – if you only dip your toe into it, it is not credible enough for someone who buys into the category to go to The Co-op as a destination [for craft beer], so you have to make it credible.”

He pointed out that retailer had to balance the danger of stripping value out of the range by offering a smaller format of an existing line at a lower price point, and thereby potentially cannibalising sales, with the advantage of providing new solutions to the customer.

“But is that such a bad thing, if you’ve satisfied a customer mission?” he asked.

The team has been working to analyse the best fit within the existing range that is most likely to appeal to customers.

“Would you convert all your entry-level wines into halves or 50cls? Probably not. The things you’ve got to introduce have to be incremental or you risk cannibalising from the existing range,” he explained.

“There’s a demographic overlay we need to explore further, which says there is a mid-week occasion we’ve targeted with a particular demographic who are more likely to be buying in certain areas.” he said.