Off-Piste Wines is set to launch PinotPinot, a sparkling Pinot Grigio in a can that contains wine blended and sourced by Clem Yates MW. 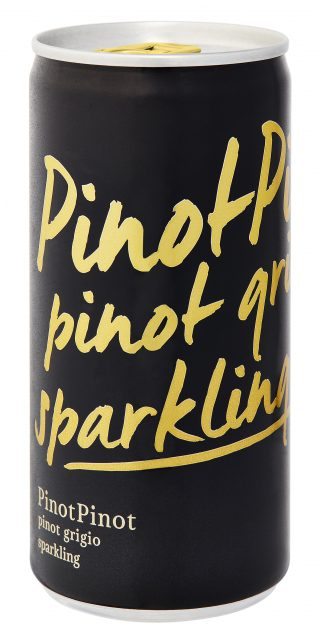 With this release, Off-Piste Wines are fulfilling ‘three key consumer trends’ that they have identified in a collaborative consumer study performed with wine industry market researchers, Wine Intelligence. The first trend identified is the increase in sparkling wine consumption, driven in large part by the popularity of Prosecco, the global sales of which are predicted to outgrow all other types of sparkling wine.

The second, is the ‘demand for on-the-go easy to use food and drink,’ a trend that inspired the recent release of Off-Piste’s ‘festival’ wine pouches. Thirdly, the company have also pinpointed an increasing interest in wine among the millennial generation.

While wine in cans has already taken off in the US, Off-Piste Wines claim that PinotPinot will be ‘the first wine in a can in the UK multiples’.

Indeed, market researchers Nielsen reported a 125% sales increase for wine in cans in the USA for the year to June 2016, and a seven-fold increase since 2012.

Rachel Archer, NPD and brand manager at Off-Piste Wines said: “We are incredibly excited about the potential for the PinotPinot Sparkling Pinot Grigio cans across the UK market in many sectors of the on and off trades. While there are some fruit and spritzer products in cans on the market, this is the first canned wine to launch in the UK multiple sector.”

“The consumer market for this product is huge. It meets the needs of millennials looking to buy wine in a less traditional, more accessible way; consumers can enjoy wine when/where and how they want to; and the convenience of the can is ideal for a single serve sparkling, for outdoor events and especially festivals which are now a huge part of these consumers’ lives, and for the rapidly growing on-the-go life style. On top of which Pinot Grigio is the second best-selling white grape variety in the UK off trade and the top-selling in the on-trade, so its popularity speaks for itself.”

Comparing consumer aversion to buying wine in cans with the sentiments expressed when screwcaps first become popular, she added: “Some people ask whether consumers will be comfortable buying wine in a can. The same question was asked about screw caps on bottles 15 years ago.

“Today they are not only accepted but positively welcomed by most drinkers. It is very important the wine industry recognises that as consumer lifestyles, openness and interests change so must we. Drinks in cans have been a part of consumers’ lives for decades. For many craft beer producers and consumers, cans are now the format of choice. We are simply moving with the times”.

The cans, designed by Denomination for Off-Piste, are set to retail for £2.50 for 200ml. The PinotPinot range also includes 75cl bottles of still Pinot Grigio from Hungary and a South Eastern Australian Pinot Noir which launched in the convenience sector in 2015.

Off-Piste will be showcasing the PinotPinot cans at this week’s London Wine fair on their stand B42.