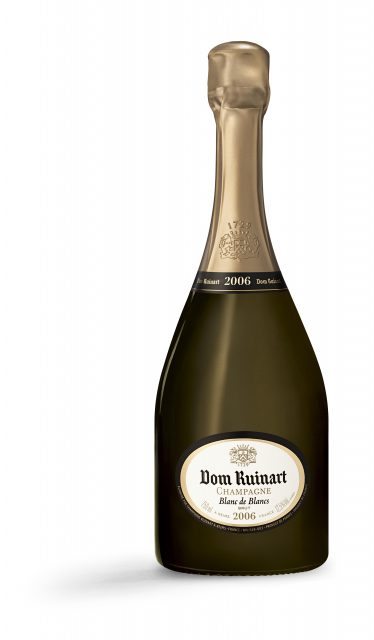 Dom Ruinart 2006 and Dom Ruinart Rosé 2004 result from two very different years, the Champagne house said: “The complex 2006, which had extremes of both cold in winter and heat in summer, and the rather hot and dry 2004.”
Like all Dom Ruinarts, the blanc de blancs blend is 100% Grand Cru Chardonnay, which in 2006 comprised 63% from the Côte des Blancs, and 37% from the Montagne de Reims.

Both releases have a lower dosage (4.5g/l) than the previous vintages.

Gallo Family Vineyards has expanded its Spritz portfolio with the addition of a 9% abv Wild Strawberry flavour variation.

The fourth in its Spritz range, Gallo Family Vineyards’ Spritz Wild Strawberry is described as a “gently fizzed and fruity drink, inspired by the sun-drenched fruits of California”, aimed at those who prefer drinks with a sweeter and fruitier taste. It joins Raspberry & Lime, Pineapple & Passionfruit and Peach & Nectarine variants, its launch capitalises on the growing trend toward fruit flavoured wines – a category now worth £104 million and growing by 21% year on year.

“Our Spritz range has always been popular among a younger audience that don’t tend to drink wine,” said Olga Senkina, marketing director EMEA for Gallo. “In fact, 47% of non-wine drinkers who sampled it last year said it made them feel positive about wine, with 96% commenting positively on the taste.”

Gallo will support the launch of Spritz Wild Strawberry with a marketing campaign targeting millennial consumers. 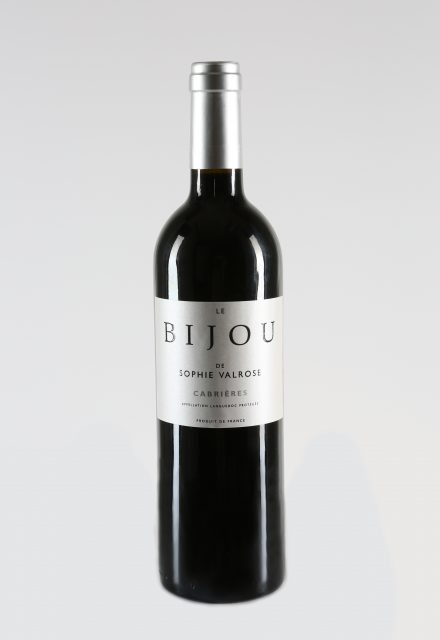 Bijou Wine’s Sophie Valrose – a red from the Languedoc Cabrières AOC made from old-vine Syrah and Grenache, is available from Waitrose Cellar, the UK supermarket’s online venture.

Grown from vines of at least 60 years old that sit at between 200 and 450 metres, the region’s micro-climate is significantly cooler than surrounding areas, with its volcanic soil helping to impart minerality, freshness and complexity to its wines. Grapes are hand-harvested, de-stemmed, gently crushed and fermented in stainless steel for up to 20 days. The Syrah and Grenache are vinified separately before being blended together to make Le Bijou de Sophie Valrose Rouge.

Bijou Wines is a partnership between European wine importer Crush Wines and selected growers and producers in the Languedoc.

“In Cabrières, the growers have been selected by Gilles Cantons, one of our winemakers, for their low yields and clean vineyards,” said Chris Ellie, managing director of Crush Wines. “We are working with great growers who tend ancient bush vines with roots going down  many metres. Whether or not we achieve minerality is open to question but the unique microclimate and good drainage combined with volcanic soils does give a lovely character.”

The wine’s name makes reference to Sophie Valrose, who fought for women’s rights in the 18th century.

Described as an homage to classic French tradition, Pongrácz Blanc de Blancs is made of Chardonnay grapes handpicked from two select vineyards cooled by maritime breezes in the Robertson and Elgin regions of South Africa.
“Typically the Champagne of choice among wine connoisseurs, Blanc de Blancs is crafted in the classic French tradition and boasts an attractive depth of brioche, having been aged on its lees for a minimum of 36 months,” said winemaker Elunda Basson.

The Pongrácz label is inspired by the Hungarian refugee Desiderius Pongrácz, who spent nearly a decade toiling in the labour camps of Siberia as a prisoner of war, having served in the Hungarian cavalry. He later settled in Stellenbosch and was appointed chief viticultural adviser at the Distillers Corporation in 1973, helping to shape South Africa’s wine industry.

Château Léoube in Provence has kicked off the release of its 2016 vintage wines with its 2016 Rosé de Léoube – a blend of Grenache, Cinsault, Syrah and Mourvèdre.
Described as a “rosé of elegance rather than power”, on the nose the wine is said to exude aromas of honey and soft red fruits and an “unmistakable” hint of mint.

Head winemaker Romain Ott said: “After a cold winter allowed the vines to hibernate, spring in 2016 was wet and mild. Summer was hot and dry, all the way through to the end of the harvest. Ideal weather for a superb vintage.”

The British summer might still be far away, but Australia’s De Bortoli is ready to tempt barbecue-loving Brits with a full-bodied red designed for chargrilled meats.

Following a trend for dry aged beef, Argentine steakhouses and woodfired cooking over fire-pits and on ceramic grills, De Bortoli spotted an opportunity to craft a “sessionable red” to to accompany chargrilled meats, and created its Woodfired Shiraz.

Using Shiraz grapes from its vineyards in Heathcote, Victoria, the wine is described as having “an intense deep-red colour” and notes of “plump, dark fruits, plums, spice and dried herbs”. On the palate it’s said to be “rich and mouth-filling”. 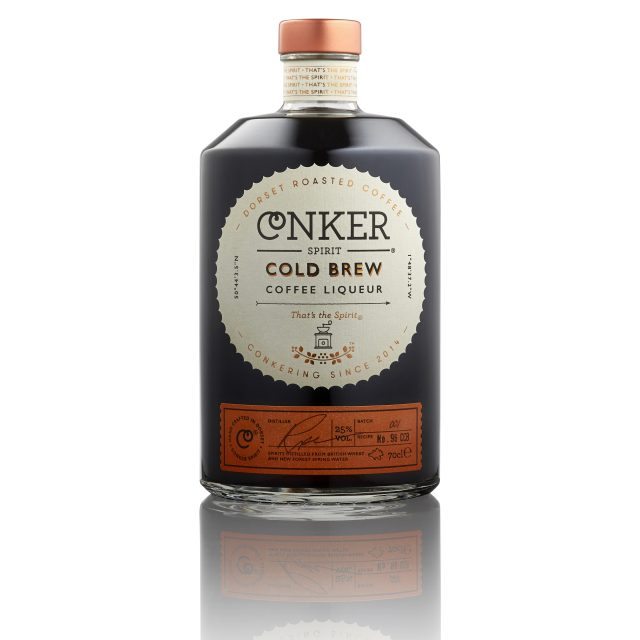 Conker Spirit, Dorset’s first gin distillery, has launched a “first of a kind in the UK” Cold Brew Coffee Liqueur.

Following the success of its Conker Spirit Dorset Dry gin, founder Rupert Holloway has deliberately avoided expanding into flavoured gins and has instead chosen to focus on creating a coffee-based product with a “true espresso kick”. Believing the UK to have become accustomed to the limited options of overly sweetened coffee ‘flavoured’ spirits, Holloway’s product aims to “let the coffee bean do the talking”, avoiding the usual additives, flavourings and thickeners.

Conker’s Cold Brew Coffee Liqueur used Brazilian and Ethiopian coffee beans that “blow your usual ground coffee out of the water”. By brewing the liqueur cold, Conker Spirit does not extract any of the acidic, bitter elements of the bean, thereby honouring the subtle fruity chocolate notes of each bean variety, and creating a “heady and hearty concoction that’s as wonderfully dark as it is delicious”.

Proving its commitment to sustainability, Prosecco producer Villa Sandi has released a Prosecco under its La Gioiosa label, made from vineyards in the Asolo DOCG area and certified by the World Biodiversity Association.

It is the first Prosecco to be identified as a ‘Biodiversity Friend’, bestowed by the World Biodiversity Association on companies and products deemed to be supporting and protecting biodiversity. This means that the vineyards used to produce the sparkler are managed according to sustainable viticulture guidelines set out by the organisation, with an environmental impact as low as possible to safeguard biodiversity in the region.

Describing its wine as “crisp with a fruity bouquet”, Villa Sandi said: “We have always been keen on maintaining the quality reputation of Prosecco while respecting the environment.”

The Asolo Superiore DOCG lies adjacent to the historic Conegliano-Valdobbiadene DOCG, with its gentle slopes ideal for growing Glera. 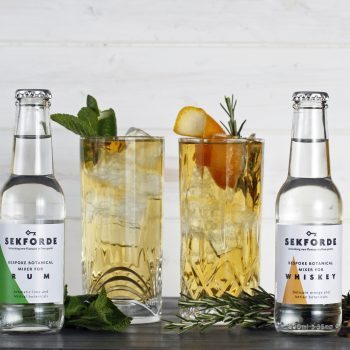 Tapping into a growing trend for premium mixers, Sekforde mixers has released a range of bespoke botanical mixers designed to unlock the flavours of dark spirits.
The all-natural mixers are designed to complement the flavours of rum and whiskey without overpowering their character, helping the on-trade to capitalise on the continued growth of premium spirits.

Sekforde for Rum is made with lime, while Sekforde for Whiskey is orange-based. Both use a blend of natural botanicals and English spring water, with each 200ml serve containing less than 40 calories.

“Creating a bespoke mixer for each spirit, as well as developing new flavour combinations, is a genuine innovation and reflects people’s increasing desire to enjoy the flavour of craft spirits in new ways,” believes founder Talula White.