The 2016 vintage in Châteauneuf-du-Pape is potentially the best in 40 years according to the vineyard manager at Chapoutier and it is a vintage which favours the southern communes overall say producers. 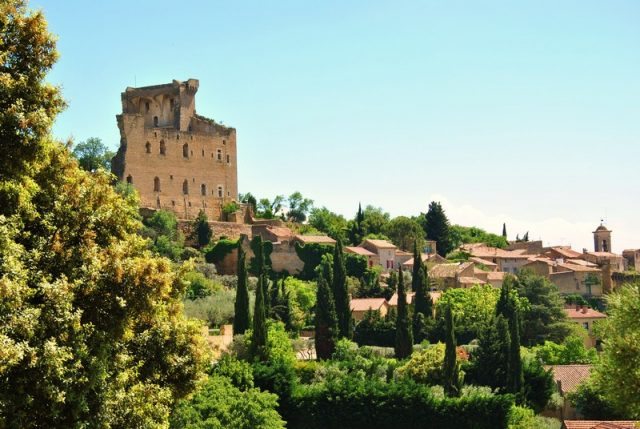 Speaking to the drinks business during the ‘Decouvertes en Vallée du Rhône’ event held in the region before Easter, Nicolas Viboud, the vineyard manager for Châteauneuf-du-Pape at Chapoutier, said 2016 was “one of the best vintages for 40 years.”

He explained that the “fresher” weather conditions in 2016 had led to a more balanced harvest. Spring in the Rhône was cold and rather damp as it was in many other parts of France but gave way to a hot and dry summer with much needed rain showers scattered throughout and cool nights.

The result was a good size harvest, “concentrated but not overripe as one can get in hot years. It just has perfect balance,” said Viboud.

The southern Rhône in general appears to have had the best of 2016 and producers from many domaines db spoke to seemed very pleased with the resulting wines, many of which are still in barrel.

The southern communes suffered somewhat from the extreme heat in 2015 (so much so that hydric stress caused vines to shut down) and, while still a good vintage, the feeling appears to be that the 2016s are more complete wines that combine the richness of 2015 but with the fresher, more elegant charm of a vintage like 2014.

The regional trade body Inter Rhône is marketing the 2016s as a “super vintage”, playing on the current craze for superhero blockbusters but while it is undoubtedly a good vintage across the region, producers in the north are still more inclined to their 2015s.

Unlike the south, the north did not suffer unduly from the hot weather in 2015 and the wines have been widely lauded by critics and merchants alike.

Speaking to db, Philippe Guigal said: “2015 in the northern Rhône is the best if not the very best we have ever seen.

“In the south, 2015 was good to very good but with drought issues. 2016, in one word, is the opposite with some of the best Châteauneuf-du-Pape yet seen and lovely cru wines. It’s not as strong in the north.”

On the other hand, he had warm words for the quality of the white wines from the northern appellations in 2016, saying they were “splendid” – often with deceptively high levels of acidity veiled by the weight and richness of the fruit and alcohol.

For all its vaunted prowess, 2015 in the northern Rhône was very tricky for the whites with the heat inhibiting acidity and driving up alcohol in varieties such as Viognier which are wont to produce a lot of sugar. The 2016s, many remarked, were a return to a “more classic” style, especially in Condrieu, although it was a fiddly start to the year with the cool and damp causing small outbreaks of rot in areas. Several producers noted that even if the 2016s weren’t as great as the 2015s overall it was rare to have a vintage that was equally good for both the reds and whites.