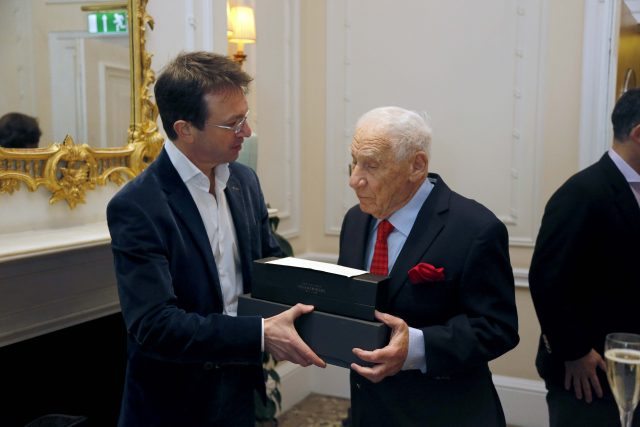 This week kicked off in style with the BAFTAs, sponsored by, among others, Champagne Taittinger and Villa Maria. At a celebratory lunch at the Savoy before the Awards ceremony, Mel Brooks (pictured above) was gifted a magnum of Villa Maria Reserve Merlot 2006, signed by Sir George Fistonich and a bottle of yet-to-be released Ngakirikiri 2013.

The Champagne was also in full flow at the Taittinger bar at the Royal Albert Hall. 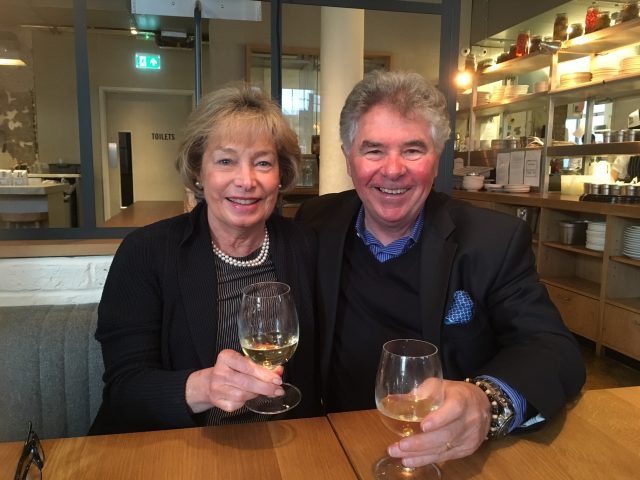 db caught up with dynamic duo Shari and Garen Staglin in London this week, who had touched down in the capital just hours before from Cape Town where the chance to stay at their Napa Valley estate, Staglin Family Vineyard, scooped the top bid of R3 million at the Cape Wine Auction last weekend.
“The Staglin Family was pleased to provide the top lot and the additional Napa Valley bidding support to help such a worthy cause achieve such a great result. The children of South Africa deserve every dollar raised from this important event,” Garen told db. 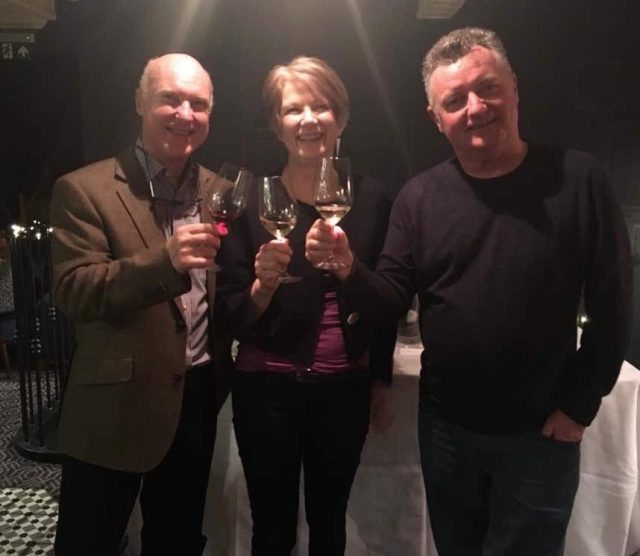 “Not many people are doing a Roero Arneis, or a barrel-aged Albariño from Rias Baixas,” wine consultant Ed Adams MW told db. “It is about introducing the consumer to different styles – Lidl is not afraid to take a punt on a Clairette or a barrique-aged Rias Baixas or an Arbois.” 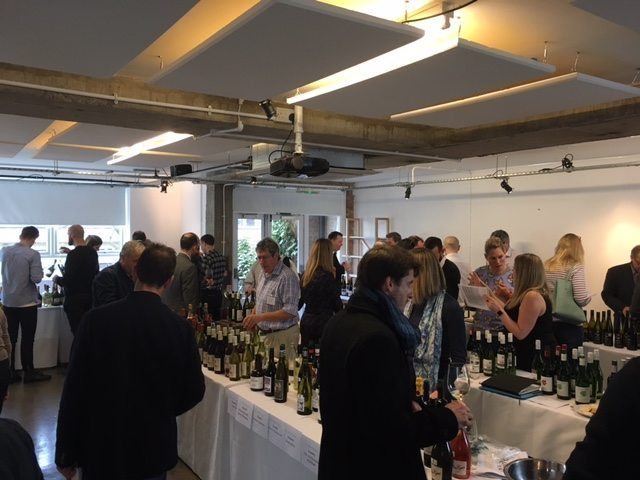 North South Wines held its inaugural tasting on Thursday at Carousel Restaurant in London. NSW was set up in 2014 and is part-owned by three wineries (Waimea Estate, TWP Wines and De Bortoli) and provides ‘agency distribution agreements’ for other wineries across the world.

The tasting featured Bee Knees, an alcohol free sparkling wine made with non-alcoholic fermented grape juice and green tea extract, together with sustainable and organic wines, appassimento-style reds and many more. 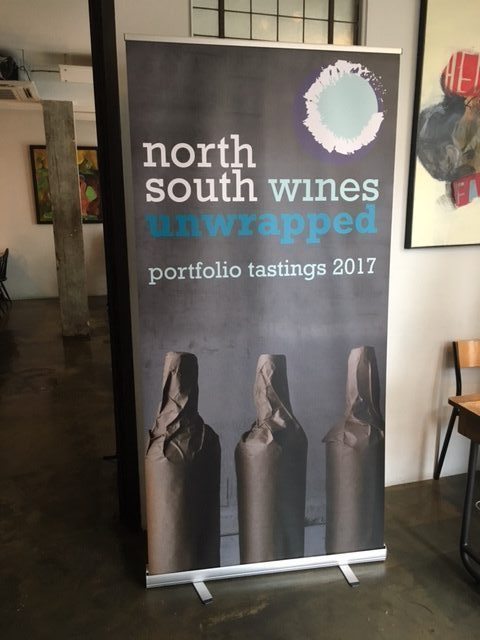 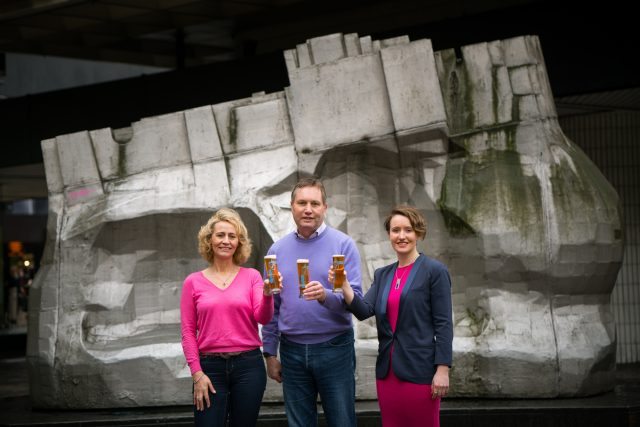 This week marked the London debut of Edinburgh lager brand Paolozzi, a launch which coincided with the opening of the Whitechapel Gallery’s first major exhibition of the work of Italian-Scottish pop artist Eduardo Paolozzi – the inspiration for the brand. Pictured, brand-owning family Lynne, John and Kirsty Dunsmore toast the launch in front of Eduardo Paolozzi’s sculpture, Piscator, which sits outside Euston Station. 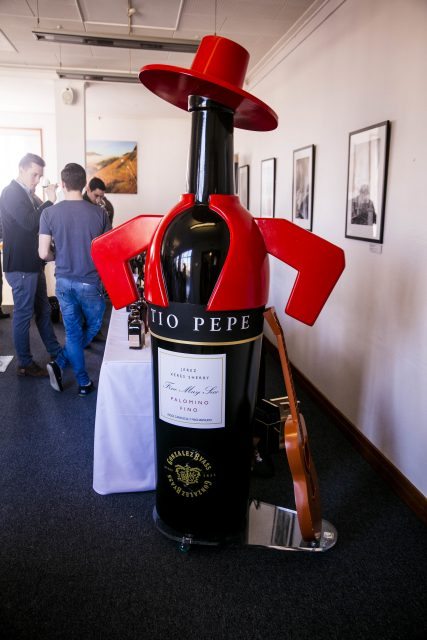 This crazy guy was in town this week at the Gonzalez Byass portfolio tasting at RIBA, central London. db made repeated, haranguing requests for a rendition of Macarena but to no avail. We took consolation in the opportunity to sample some excellent extra-aged Palmas fino Sherry. 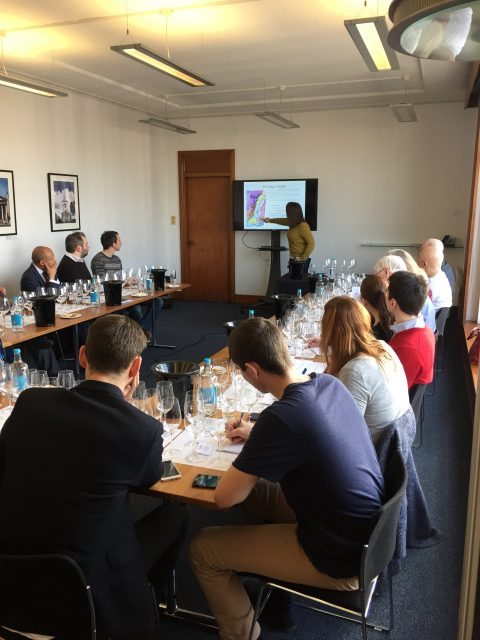 We were also given the chance to learn more about the effects of different Alsatian terroirs on the wines of celebrated biodynamic producer Zind-Humbrecht.

Export manager Jolene Hunter presented a masterclass comparing wines from the limestone soil of Zind-Humbrecht’s Windsbuhl vineyard with those from the volcanic Rangen de Thann – the only volcanic terroir in Alsace.

A comparison of Rieslings, Pinot Gris and Gewürztraminers from these respective soils revealed a consistently more concentrated, mineral character in the wines from the Rangen, with a softer, more fruit-forward style more apparent in the wines from Windsbuhl. 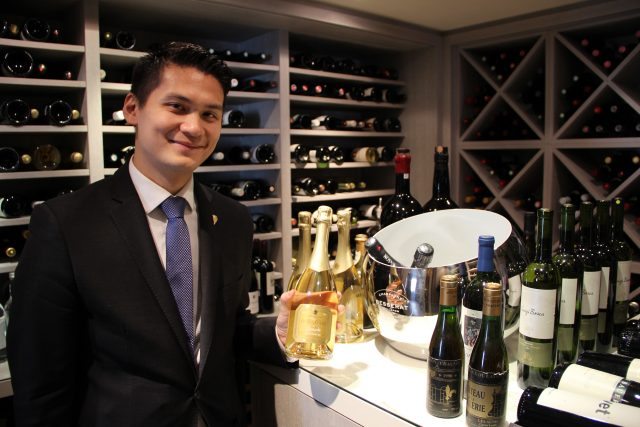 Darren Smith, editor of Wine List Confidential, was fortunate enough to be invited to the Michelin-starred The Five Fields restaurant in Chelsea to meet head sommelier Mathias Camilleri – and to be treated to a taster of what the restaurant is all about… 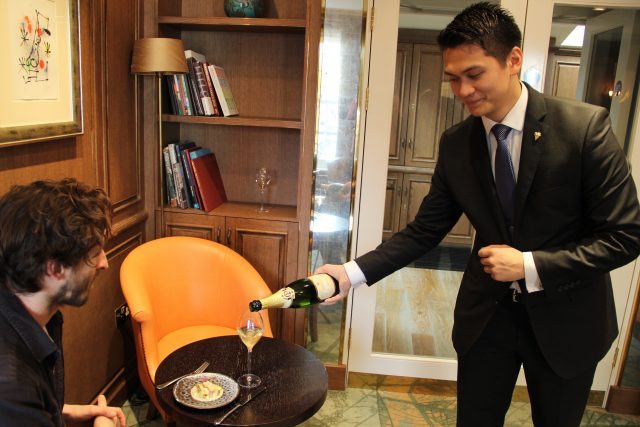 Lunch for one consisted of foie gras parfait with pickled celeriac and walnuts, which was paired with Lanson Ivory Label Demi-sec Champagne – a combo from The Five Fields’ excellent tasting menu. Read The Five Fields’ Wine List Confidential entry here.

Representatives from some of Scotland’s traditional whisky bars and five-star hotels toured Dalwhinnie to celebrate the inaugural International Scotch Day on 10 February. Scotch Day was introduced by Diageo, who opened all of their Scottish distillery visitor centres free of charge for the event. Scotch Day was supported by a social media campaign, drawing attention to the company’s ongoing #LoveScotch initiative.

The inaugural Pink Rosé Festival took place on 15 February – 17 February in Cannes, France. The festival featured rosés from across the globe, complete with a ‘pink carpet’ and an array of fuchsia accessories. db met up with Emma Laval from Crush Wines, who offered us a taste of the Bijou Rosé, which won a Silver medal in last year’s db Rosé Masters.