The Conegliano Valdobbiadene region – home to Prosecco DOCG – has formally submitted its bid to become a UNESCO World Heritage Site, it has been confirmed. 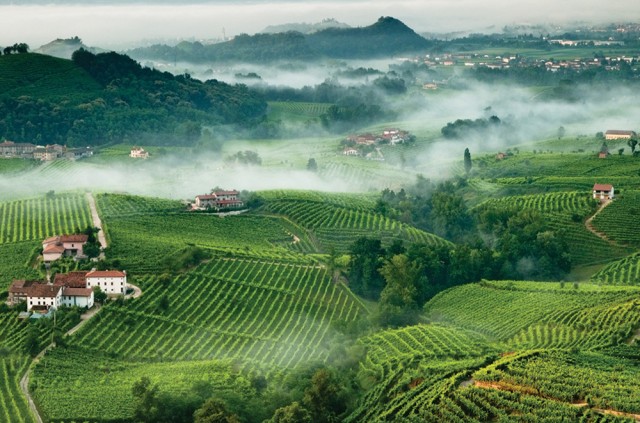 The Italian National Commission for UNESCO have submitted the bid for consideration nine years after the region first started the process. It is intended to reflect the “unique value cultural landscape, expression of manual labour and the ancient tradition of sparkling wine”, the which received impetus with the founding, in 1876, the first school of Italian Wine.

Innocente Nardi, President of the Consortium of Conegliano Valdobbiadene Prosecco Superiore DOCG  said it was “a recognition we receive with pride”.

“This application adds new value to the beauty of this territory for centuries expresses its potential in many fields of knowledge: viticulture, first of all but also the tradition and wine innovation, art and architecture,” he said.

He also thanked President of the Veneto Region Luca Zaia for his commitment to the cause, and the Ministries involved in the Italian National Commission for UNESCO, as well as those who have contributed with their professionalism to the preparation of the dossier application.”

In 2015, Champagne and Burgundy saw their vineyards and cellars added to the UNESCO world heritage list. The listing included the vineyards around Hautvilliers, Aÿ and Mareuil-sur-Aÿ, as well as Sainte-Nicaise Hill in Reims and the Avenue de Champagne and Fort Chabrol in Epernay.  while in Burgundy, the listing covered the region’s 1,247 “climats”, its characteristic patchwork of delimited vineyard parcels that line the slopes of the Côte de Nuits and Côte de Beaune.

Other wine regions already on the list include Piedmont, which was added in 2014, the Mosel in Germany, The Jurisdiction of Saint-Emilion, Tokaj in Hungary, the Wachau in Austria, the Alto Duoro in Portugal, Switzerland’s   vineyard terraces in Lavaux, and Mexico’s blue agave fields and ancient tequila distilleries at the foothills of the Tequila Volcano.