The New York Public Library has digitised some of the wine purchases of the US’s most well-known oenophile president, Thomas Jefferson. 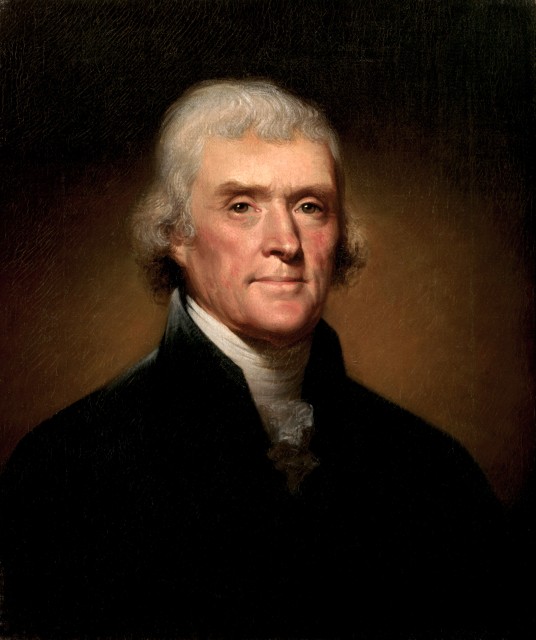 The third president of the United States was a noted Francophile and wine connoisseur – who’s vinous tastes and legacy have caused rather a lot of trouble in more recent times.

Port, Tokaji, Champagne, Bordeaux, Madeira, Burgundy and Montepulciano were among the wines Jefferson seemed to favour.

Jefferson was a meticulous note keeper of all things (as many people of his time were) and he was equally assiduous in recording his wine purchases – even down to the shipping costs.

One such account book, chronicling the year 1791-1803 as well as a list of wines served at Washington from 1801-1808, essentially the entirety of his presidency (which lasted until 1809) have been recently been digitised.

As reported by the Wall Street Journal’s Lettie Teague, while the notebook has been in the library’s possession for over 100 years it is normally only available to researchers.

A grant from the Polonsky Foundation, however, has allowed the document to be virtually put on display for all to peruse.

Teague was granted access to the actual document and noted the “tiny, precise script” with which Jefferson recorded “every single expenditure”. On one page of his accounts book (p170) he notes that from 4 March 1802 to 4 March 1803 he spent $1,296.63 on wine.

She was also struck by the sheer variety (“not to mention the quantity”) of wine Jefferson bought for both his own consumption and those of his guests at the White House.

She noted an order for 100 bottles of Champagne (at US$172.50), four ‘pipes’ of Madeira, 360 bottles of “Sauterne”, Sherry, Bordeaux, Chambertin, white Hermitage and, surprisingly, 138 bottles of Italian wine (“from Florence”) including 123 of them from Montepulciano (so Vino Nobile not Montepulciano d’Abruzzo). This is interesting as Italian wine was not widely drunk by non-Italians at this time; French and Portuguese wines – as can be seen – were the predominant favourites of American and British society.

Tokaji and other Hungarian wines are also mentioned, so too Port. There are lots of fascinating little details when one looks, such as 400 bottles of Champagne from Aÿ (it is explicitly noted), 153 of which broke in transit apparently.

Some wines are referred to by the name of the estate that produced them. In 1804 he mentions 36 bottles of Château Margaux ’98 (1798 of course), a further 72 bottles of ’98 “Rozan Margaux” – today’s Rauzan-Ségla? – and yet another 72 bottles of ’98 “Saluce Sauternes” – Yquem? All of which were sent to his Virginian estate of Monticiello.

There is another inserted sheet which notes how long some of the Madeira lasted from receipt to consumption.

There are some recurring references to a “Mr Barnes”, “Taylor & Newton”, “H. Shaeff” and “Yznardi” who were the merchants and shippers from whom Jefferson bought his wines as other letters and documents, such as this from Thomas Newton in 1801 recommending an allocation of “London” Madeira, likewise show.

Like the recently sold documentation concerning Napoleon Bonaparte’s wine allowance while in exile on St Helena, some of the terms and spellings used to describe the wines are somewhat anachronistic, hence the reference to “Brasil Madeira” and “Sherry of London” or “Malaca” for (presumably) “Malaga”.