Michel Drappier is planning to make an “extreme” Champagne from Pinot Gris, which will take its inspiration from historic styles. 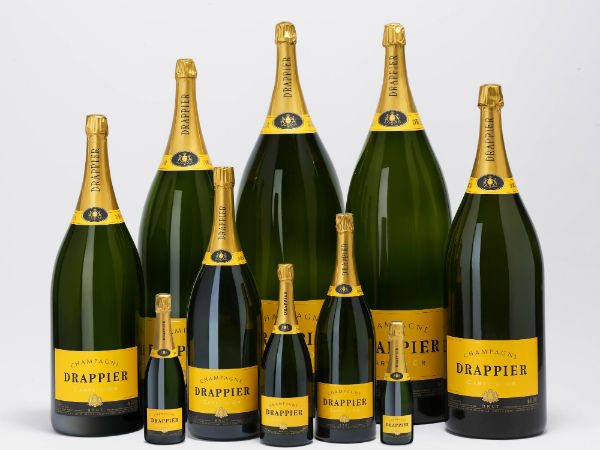 The base wine for the new Champagne comes from the 2015 harvest, which was the first “real vintage” of Pinot Gris at Drappier’s property in the Aube.

The Pinot Gris, which Michel refers to using its synomyn, Fromenteau, was planted in 2012, and farmed organically to produce three barrels of wine from last year’s vintage.

According to Michel, the grapes were fermented by naturally-occurring yeasts and “made the highest percentage of alcohol of my life: 13.2%”.

“My idea is to do an extreme wine”, he then told db, referring to the Pinot Gris.

Drappier already produce a zero dosage – and no added-sulphur – Champagne, so Michel is planning to make the polar opposite style: “an old, rich, demi-sec; I want to go to the other extreme”.

“The idea is not to try to harvest early to make it elegant and light, because we want to make a cuvée that is rich and fat, a style that existed before so we can revisit the past, and have a glass of Champagne as it would have been in 1865 at the table of Napolean III,” he said.

Continuing, he explained, “Champagne then would have been the colour of Sauternes and be very sweet, with big bubbles.”

He said that Fromenteau ripens easily, but is low-yielding and prone to botrytis.

As noted above, in the nineteenth century, Champagne was extremely sweet. The widespread practice of adding sugar to Champagne after disgorgement began in the 1840s when the first dosage machine was invented, and the fashion for extremely sweet Champagne spread quickly, although sugar levels varied widely according to the destination.

Not just sugar was added: the liqueur de dosage might also contain Port, Cognac, dye, and Kirsch – the spirits augmented alcohol, since much wine was displaced by sugar.

In 2010 bottles of Veuve Clicquot from the 1830s were raised from a sunken schooner off the Åland islands, probably bound for Russia. They contained 144g/l, more than today’s Sauternes. However, Veuve Clicquot archives show that their highest level was 300g/l – almost three times as much as in Coca-Cola.

The English were the first to start demanding drier levels of Champagne in the 1850s, because it was consumed before and during meals in the UK, whereas Champagne was consumed with dessert or after meals in other markets.

Indeed, not until the early 1970s did Brut Champagnes begin to dominate the market – while the first extremely dry Champagne of the modern age was released in 1981: Laurent-Perrier’s Ultra Brut, a tribute to its sugarless Champagne the house had made a century earlier, leading to today’s fashion for zero dosage Champagne.