Spanish winemaker Barbadillo has released an extremely limited edition Sherry dating back to the 19th century costing £8,000 a bottle. 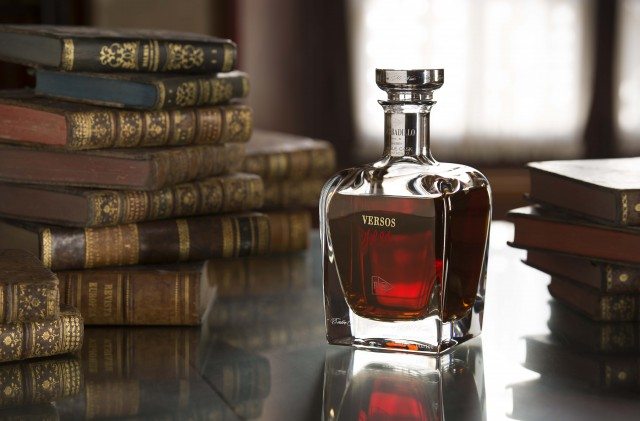 Only 100 bottles of ‘Versos 1891’ have been produced from a barrel in the Barbadillo family’s collection that originally belonged to a former director of the company, Manuel Barbadillo.

The cask, as was a family tradition, of Amontillado Sherry was set aside for him as a christening present when he was born in 1891 – although the Sherry inside was already described as “very old” even then.

The cask is one of five, known as ‘Las Botas de los Niños’, with each one having been given to Manuel and his four brothers.

Speaking to the drinks business, Tim Holt, area director for the UK and Asia-Pacific for Barbadillo, explained: “We felt we wanted to do something special with one of the older Sherries we have. We have a few single cask Sherries ageing quietly away and they’re wonderful treasures and we felt we should do something with one of them and this particular one belongs in the family reserve.”

He added that a lot of Barbadillo’s growth and expansion came under the directorship of Manuel (he died in 1986) and so taking some wine from his cask would be appropriate. Manuel was also renowned as a poet and local philanthropist as well as an authority and historian on Sherry, writing several books on the wine’s history, its production and the region.

Designed for personal use the casks were drunk from and replenished over the years so although the base Sherry dates back to the 19th century, it also contains younger wines dating up to Manuel’s death in the mid ‘80s.

In a nod to Manuel’s poetic and authorial talents, the Sherry has been bottled in a crystal decanter in the shape of an inkwell (and handblown by Portuguese glassmakers, Atlantis). It is then packaged in a box of Spanish leather made in Ubrique in the Sierras near Cadiz, which is home to some of Spain’s best tanners.

Holt added that while the market for Sherry has become increasingly positive in recent years, a launch of this kind was still “a leap in the dark”.

‘The concept of ‘luxury’ Sherry – ‘luxury in the sense of exquisite quality and also only obtainable to a few – is new,” he said.

He continued: “I hope it will be a game changer for us as a company and the region as a whole. In many ways, as well as a commercial proposition, it’s a philosophy of ours with regards quality and I hope it will encourage other Sherry producers to do something similar.

Finally, he said that he wanted the launch of ‘Versos’ to be a “wake-up call” to fine wine lovers to really consider the greatness of Sherry as one of the world’s great wine regions.

“This is a chance for ourselves and the market to re-evaluate Sherry as a world class wine. This is one of the great wine regions of the world and hopefully this is a wake up call to that fact.”