Alfred and Melanie Tesseron of Bordeaux fifth growth Pontet-Canet have purchased the late Robin Williams’ Napa vineyard after its asking price was slashed to US$22.9 million (£16m).

The Villa Sorriso wine estate, formerly owned by comedian and actor Robin Williams, is located within the Mayacamas Mountains between Napa and Sonoma Valleys. Of the property’s 653 ares, 18.4 acres are planted with vines producing varieties including Cabernet Sauvignon, Merlot and Cabernet Franc, with the estate known to have had contracts with Robert Craig Winery and Rombauer Vineyards.

The property was put on the market by Williams himself in 2012 for $35m. Following the actor’s death in 2014 it was reduced to $29.5m and then again to $22.9m last year. Alfred and Melanie Tesseron of Château Pontet-Canet in Pauillac have not confirmed the price paid for the property, but the purchase marks their first foray into the Napa Valley and outside of Bordeaux. News of the purchase was first confirmed by thewinecellarinsider.com.

Pontet-Canet’s vineyards in Bordeaux are 100% biodynamic, with similar practices expected to be implemented at their newly acquired Napa venture, headed up by its technical director Jean Michel Comme.

Villa Sorriso, which translates to Villa of Smiles, was first purchased by Robin Williams in 1994. As well as its 18 acres of vines planted in the Mt. Veeder appellation, the sale includes a 20,000 square foot, 5-bedroom main residence, 3,200 sq.ft. guest house, a seven-stall horse barn, tennis court, hiking and riding trails, a spring-fed pond and an olive grove capable of producing 30-50 gallons of oil per year.

In 2014 the Bordeaux fifth growth was left flummoxed after the 2012 vintage of its second wine, Les Hauts de Pontet-Canet, had its AOC application rejected, meaning it had to be bottled as as Vin de France. All wines wishing to be bottled under their respective appellation name in France are subject to a series of tests by an independent panel to ensure it is typical of its origin. The 2012 vintage of the fifth growth’s second wine was rejected by the panel and so was not able to bear the AOC Pauillac designation.

There had been speculation that its use of biodynamics and amphorae had played a part, however the reason for its rejection was never fully explained. 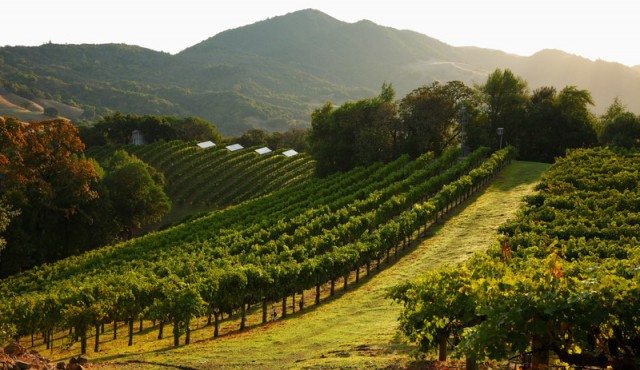