The 2012 vintage of Pontet-Canet’s second wine, Les Hauts de Pontet-Canet, has had its AOC application rejected and will instead be bottled as Vin de France. 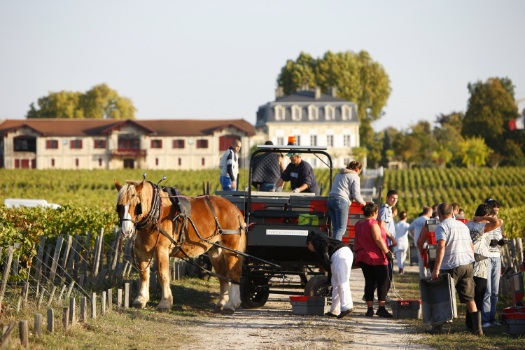 All wines wishing to be bottled under their respective appellation name in France are subject to a series of tests by an independent panel to ensure it is typical of its origin.

The 2012 vintage of the fifth growth’s second wine was rejected by the panel and so will not be able to bear the AOC Pauillac designation and will have to settle for the generic Vin de France label which replaced Vin de Table in 2010.

Owner Alfred Tesseron told local paper Sud-Ouest: “I don’t understand. This has never happened in my 30 years of work here.”

As the 2012 vintage is due to be delivered to clients in the coming weeks, the apparent lowering of its status is potentially disastrous.

However, Tesseron added that he has had “practically no” cancellations from the négociants he deals with.

Expressing surprise at the news, several merchants speaking to the drinks business didn’t think it would prove much of a handicap to selling the wines.

“Regular buyers of Hauts de Pontet-Canet will continue to buy it,” said Tom Stopford Sackville, director of Goedhuis, who compared it to the second wine of Léoville Barton that he sells a lot of.

“Our customers buy it because it’s Léoville Barton not because it says Saint Julien on the label.”

Fine & Rare’s Asia director, Ross Eva, while admitting it wasn’t “ideal”, particularly for the estate but added that when it came to confirming allocations with clients: “I don’t imagine it will be a problem.

“We’ll just have to get on with it and hope that the good will Pontet-Canet has built up over the years by making so many fantastic wines will hold.”

The 2012 vintage was the first in which wines matured in amphorae rather than oak were incorporated into the blend.

The amphorae were introduced because, as Tesseron admitted to the drinks business, he was “tired of too much oak”.