Berry Bros & Rudd has partnered with British designer Sir Paul Smith for a series of limited edition own labels for its ‘Good Ordinary…’ range. 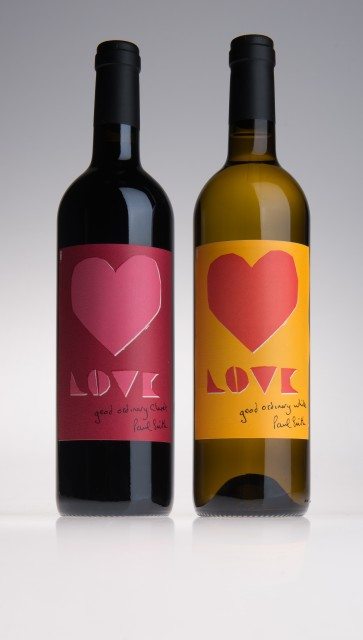 The newly labelled ‘Good Ordinary Claret’ and ‘Good Ordinary White’ will launch on 1 February. Only 5,000 bottles will be available and it is hoped to be the first of many such collaborations with various designers and artists.

In line with being released in time for Valentine’s Day, both labels feature hearts “inspired” by the artist Matisse’s late period “cut-out” designs.

Smith himself said: “I’ve been drinking Good Ordinary Claret and Good Ordinary White from Berry Bros. & Rudd for many years.  Berrys is a real institution with a great history. It’s great to be asked to design a special label.”

Berry Bros. & Rudd’s Creative Director, Geordie Willis, explained that this collaboration is the first in what he hopes will be a series of partnerships with Britain’s leading designers.

He said: “We have long been fans of Sir Paul Smith and are delighted to have worked with him and his team on this very exciting limited edition label. Classical with a twist; traditional yet modern; quintessentially British but admirably international; these are all qualities that Paul Smith exhibits and that we aspire to at Berry Bros. & Rudd.”

The limited edition bottles will be available in cases of six priced at £54 for the red and £53.10 for the white.