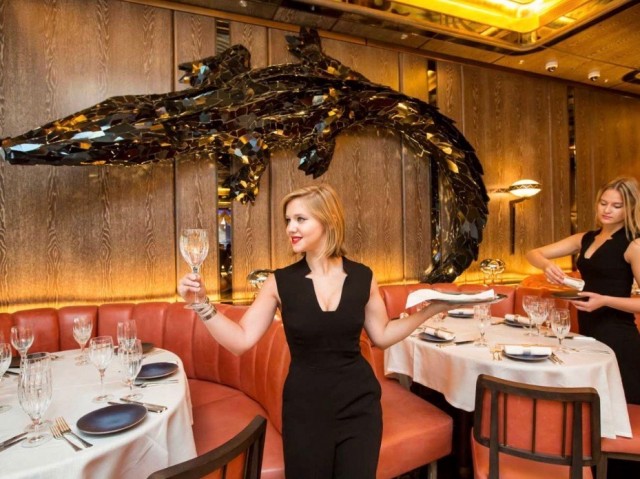 While it might sound like the kind of pet name a politician would give to his mistress, Sexy Fish is in fact a new Asian seafood restaurant in Mayfair. The brainchild of Richard (Caprice Holdings) Caring, the venue promises to marry contemporary cuisine with cutting-edge design including “fish lamps” by starchitect Frank Gehry, bronze mermaids by Damien Hirst and, allegedly, the largest live coral reef tank in the world in the basement bar. 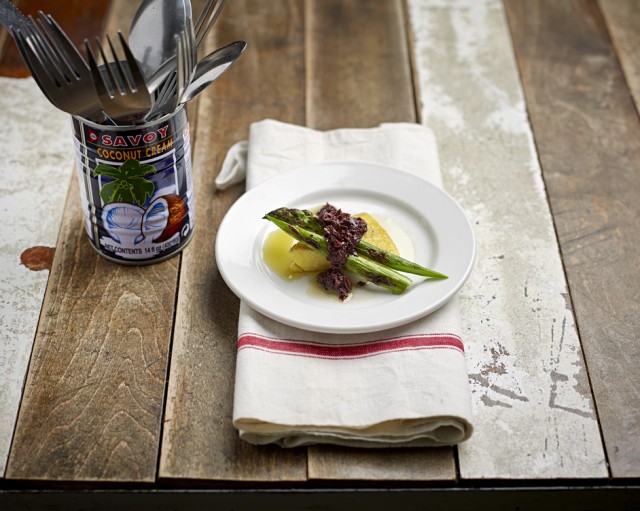 Bristol’s Poco has opened a sister site in Hackney’s Broadway Market that centres around seasonal, locally sourced tapas dishes inspired by travels in Spain, Morocco and Latin America. When they say local they mean it – meat comes from Dagenham and dairy from Bermondsey. Dishes include deep fried oysters with kelp aioli and saltmarsh lamb scrag with marjoram, samphire and lavender, while cocktails are made with foraged herbs. 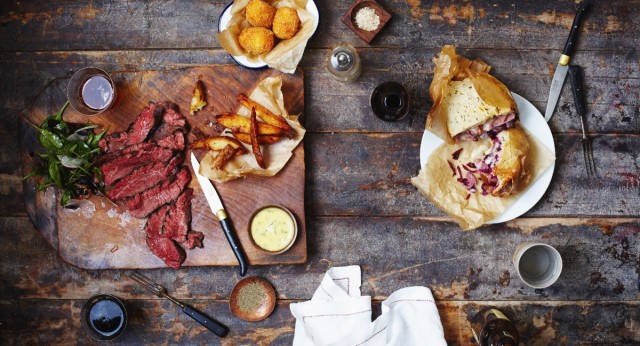 And from the sublime, we move on to the blissfully simple – Beef & Brew in Kentish Town, which does exactly what it says on the tin. Unlike the silky waygu steaks you’ll find at “M” in the City, steaks at B&B are unpretentious, and, more appealingly, affordable, with a light shone on the underloved rump and onglet cuts alongside salt brisket with leeks and mustard cream, short ribs and the strange sounding lemonade-soaked aubergine chips. 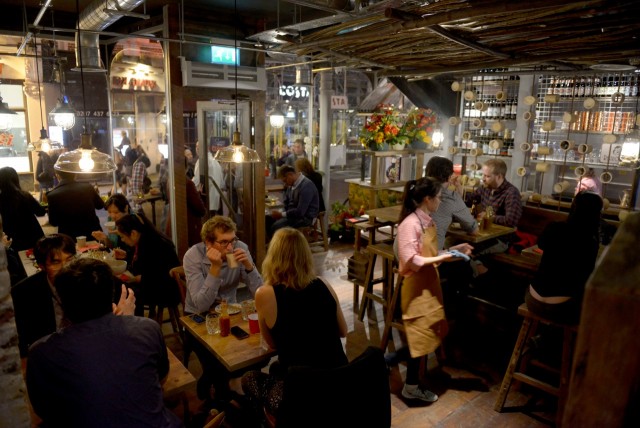 Keen to roll out the Ivy Café concept, restaurateur Richard Caring is to open a site in Marylebone to pair with recent addition The Ivy Café in Chelsea. The neighbourhood restaurant will offer all-day dining with interiors from the Martin Brudnizki Design Studio including an antique brass top bar, pendant lighting, marble floor tiles and vintage red leather banquettes. 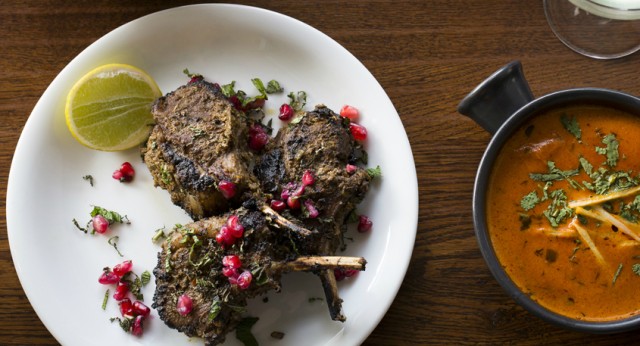 Another successful mini chain to branch out this month is Dishoom, which has just opened a fourth site in Carnaby Street to complement sister sites in Covent Garden, King’s Cross and Shoredtich. In keeping with its quirky ‘60s Bombay café concept, expect signature dishes like the indecently good bacaon naan rolls, Bombay omelettes, chili cheese toast and spicy lamb chops to be present and correct. The fourth in the Dishhoom stable is a biggie, spanning 7,000 square feet and boasting a spacious courtyard. Interiors play on Carnaby Street’s heyday in the ‘60s with Indian influences thrown in. We particularly loved that the invite to the launch party was sent in the form of a retro record. 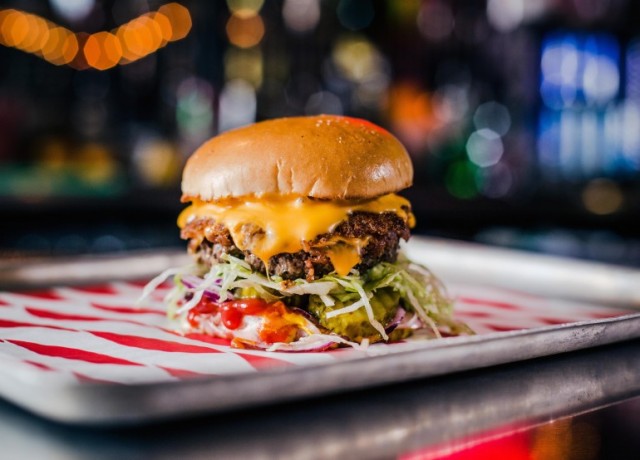 Also expanding its empire this month is patty palace MeatLiquor, which opens in trendy Islington this month. Taking its London tally to five and global sites to eight, the temple to temptation has set up shop in an abandoned Citroen garage on Upper Street and is set across two floors. Along with classics like the Dead Hippie, Dirty Chicken Burger, deep fried pickles and chili cheese fries, the evolving menu also features sambal wings, sambal fries and buffalo shrimp taken from the menu at its new Singapore branch. 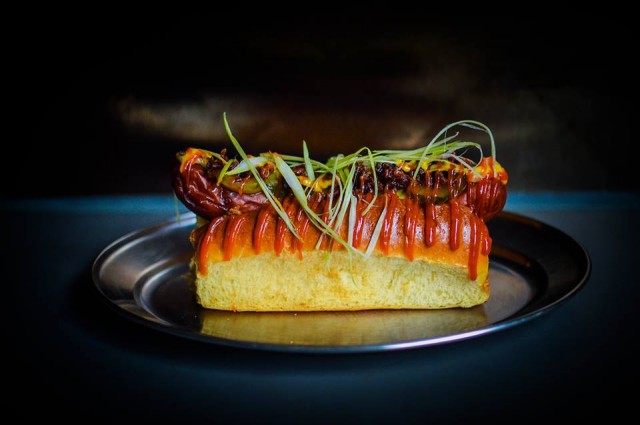 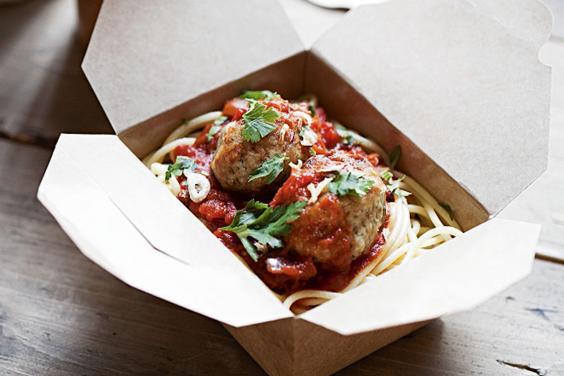 Londoners have developed an appetite for balls. Hot on the heels of Balls & Company in Soho comes a second meatball focused site – The Bowler on Monmouth Street. Backed by Polpo founder Russell Norman, heading up the venture is Jez Felwick, who originally launched The Bowler as a street food venture. Open all day, with balls served through a hatch at lunch for those on the go, among the spherical treats on offer are smokin’ bacon balls, beef chunk & chrizo, green chili chicken and lamb & feta kofta. You can even choose between medium and large balls – oh er. 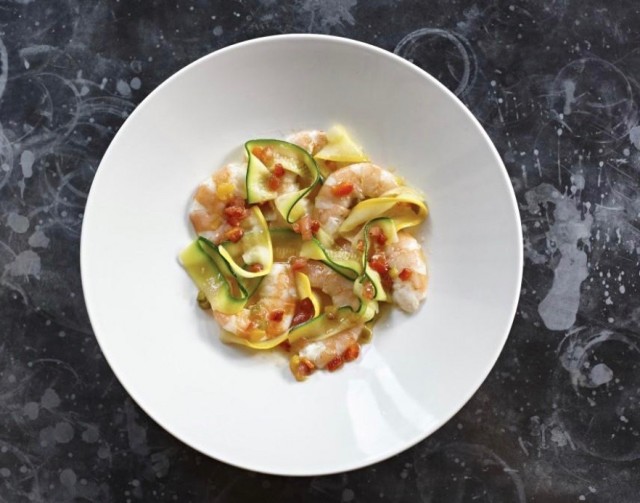 The founders of Margaux restaurant on the Old Brompton Road in Cheslea have opened a sister site, Bandol, on Hollywood Road, which flies the flag for southern French cuisine. Run by husband and wife Syliva Kontek and Vittoria Monge, Bandol takes a sharing plates model with dishes including petits farcis nicoise filled with fois gras, yellowtail carpaccaio, and Bandol bouillabaisse with red mullet, gurnard, tiger prawns and mussels.

If you’re still hungry after all that you can indulge in a warm fig tart or lavender and thyme ice cream. As you’d hope, wines hail from southern France, with Provence and Bandol shown a lot of love. Interiors are inspired by the French Riviera and include a long copper bar, white washed exposed brick, lanterns, olive and clementine trees, and a “living wall” wrapped with ferns and vines. 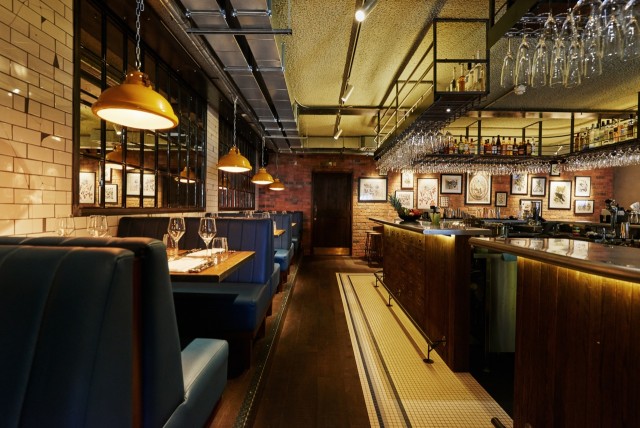 Canto Corvino (song of the raven in Italian) takes its name from is location on Artillery Lane, formerly known as Raven Row. The 140-cover Italian restaurant from the owners of Maniocomo is all exposed brickwork, open kitchens and low-hung industrial lighting.

Steered by Tom Salt (great name for a chef), among the dishes on offer are cheesy chilli prawn arancini, salty salumi with focaccia and pumpkin cannelloni with walnuts. Moving on to the mains, the likes of Josper cooked smoky pork T-bone and veal Speidino with Roman artichokes, pancetta and Marsala both sound winning, as does the macadamia and fig tart for pud. 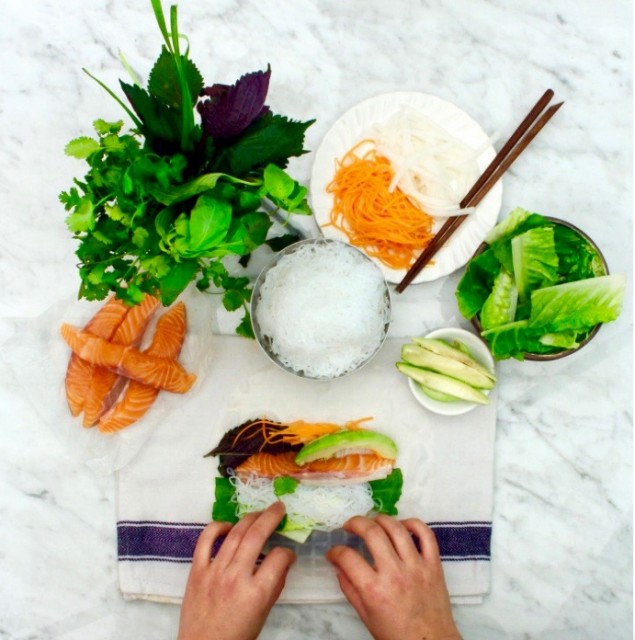 The capital has gone cuckoo for Vietnamese food, with new sites popping up all over the city at an alarming rate. Latest into the melting pot is Fold on Brick Lane, which, as the name suggests, specialises in foldable rice paper dishes. The brainchild of former advertising strategist Rachel Filer, the restaurant will serve a variety of rice paper rolls that diners can pimp out with their chosen ingredients.

First you need to decide whether you want your rice paper steamed, grilled, soft or fried. Then it’s down to the fun business of filling it with tiger prawns and lemongrass, slow cooked caramelised ginger poussin, or roast beef with sesame and purple shiso. All dishes come with vermicelli noodles. Starters include grilled squid lollipops and Nuoc mam chicken wings, with food looked after by head chef Frederique Nguyen. 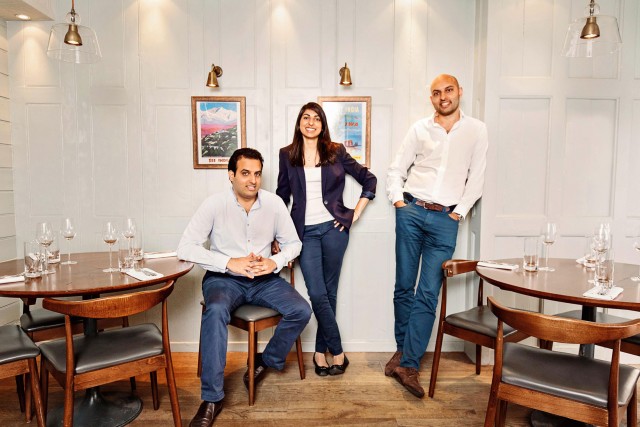 Having enjoyed glittering reviews and lavish praise with their Michelin-starred Indian restaurants Trishna and Gymkhana, Karam, Jyotin and Sunaina Sethi are to open a third site, Hoppers, later this month on Soho’s Frith Street. The 36-cover restaurant decked out with terracotta tiles and orche brick walls is inspired by the family home cooking of Tamil Nadu and Sri Lanka, with the hopper and dosa taking the spotlight. Hoppers’ namesake dish will be made with a batter of ground white rice and coconut milk.