Ahead of the forthcoming launch of the new James Bond film Spectre, vodka brand Belvedere has released two limited edition bottles and created four martini cocktails as part of a global campaign. 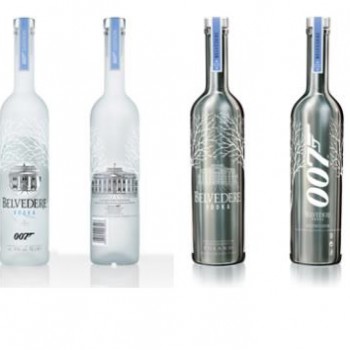 Additionally, Belvedere’s well-known “silver saber” bottles will also have the 007 branding and be offered in a 1.75l bottle.

President of Belvedere Vodka, Charles Gibb said: “James Bond is recognized as the most admired and influential tastemaker in the world. We’re delighted that Belvedere is partnering with SPECTRE, our largest global partnership to date.”

Spectre will be released in the UK on 26 October and followed by worldwide release on 6 November.

Belvedere is distributed by Moet Hennessey Diageo in Hong Kong.