Red wine could play a significant role in slowing down the brain’s ageing process and help battle the onset of Alzheimer’s, according to a study published in the Journal of the Alzheimer’s Association. 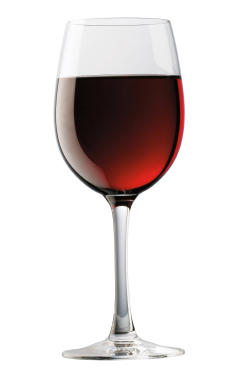 The study, carried out by researchers at Rush University Medical Center in Chicago and funded by The National Institute of Aging, evaluated cognitive change over a period of 4.7 years among 960 dementia-free older adults. Averaging 81.4 years in age, the participants were tested on their ability in five areas – episodic memory, working memory, semantic memory, visuospatial ability, and perceptual speed – with their diet recorded and analysed.

Researchers found that those who more strongly adhered to the MIND diet, which includes drinking a glass of red wine every day, could expect their risk of developing Alzheimer’s disease to decrease with cognitive brain function shown to have slowed by up to 7.5 years.

“Everyone experiences decline with aging; and Alzheimer’s disease is now the sixth leading cause of death in the US, which accounts for 60 to 80% of dementia cases”, she said. “Therefore, prevention of cognitive decline, the defining feature of dementia, is now more important than ever. Delaying dementia’s onset by just five years can reduce the cost and prevalence by nearly half.”

The diet is a hybrid of the Mediterranean and DASH (Dietary Approaches to Stop Hypertension) diets, which have both been found to also reduce the risk of cardiovascular conditions such as hypertension, heart attack and stroke.

To benefit from the MIND diet, a person would need to eat at least three servings of whole grains, a green leafy vegetable and one other vegetable every day, along with a glass of wine, snack most days on nuts, have beans every other day, eat poultry and berries at least twice a week and fish at least once a week.

Unhealthy foods should be limited to less than 1 tablespoon of butter a day, and less than one serving a week of items such as sweets and pastries, whole fat cheese and fried or fast food.

“The MIND diet modifies the Mediterranean and DASH diets to highlight the foods and nutrients shown through the scientific literature to be associated with dementia prevention”, said Morris. “There is still a great deal of study we need to do in this area, and I expect that we’ll make further modifications as the science on diet and the brain advances.”

The results of the study were published in the journal Alzheimer’s & Dementia: The Journal of the Alzheimer’s Association.