Manchester is due to become the latest English city to boast its own gin with the launch of Thomas Dakin Gin, named in honour of an 18th century gin pioneer. 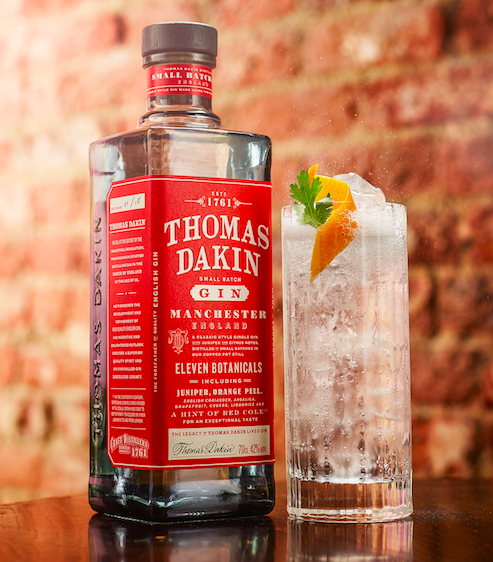 Owned by Quintessential Brands, the gin has been developed by Joanne Moore, master distiller at sister company G&J Distillers. Although initial production is taking place at G&J Distillers’ facility in nearby Warrington, Cheshire, the brand is in the process of building its own distillery in Manchester and chose the city for its launch this week.

While emphasising the gin’s juniper-dominated style, Moore noted its “sweet orange and citrus notes on the palate and a smooth, savoury finish thanks to the cubebs and red cole.”

Thomas Dakin, who founded the company that went on to become G&J Greenall, built his business on the premise that there was a market for higher quality gin, encouraging a shift away from the downmarket image encapsulated by Hogarth’s infamous Gin Lane prints.

Launching this latest addition to the thriving UK gin scene, David Hume of Thomas Dakin Distillers paid tribute to this “young entrepreneur from 18th century northern England whose inventive and enlightened outlook paved the way for gin as we know it today.”

Thomas Dakin gin is currently available from Harvey Nichols in Manchester with a plan to roll out across the UK luxury retailer’s other outlets. With an RRP of £29, it is also on shelves in Booths and has on-trade distribution across a number of “fine bars and restaurants” in Manchester and nationwide.